After 27 games of pulsating entertainment, the 2021 Copa America moves into its final game as both the favourites, Brazil and Argentina face-off in the ultimate showdown on Saturday at the iconic Maracana in Rio de Janeiro.

The Selecao have been near flawless in the whole campaign and have reached the last final without losing a single game in the group stage.

The two consecutive 1-0 wins over Chile and Peru in the quarterfinal and semi-final respectively showed a lot of steel as they held their fort with 10 men for more than 40 minutes after Gabriel Jesus had been sent off in the 48th minute in the quarter-final against Chile.

La Albiceleste, too, have had a similar run in the group as Brazil, with three wins and a draw, and they continued their impressive run with a 3-0 drubbing of Ecuador in the quarterfinal.

However, they had to work their socks off in the semi-final against Colombia and eventually prevailed after winning in the penalty shootout, courtesy of the heroics from goalkeeper Emiliano Martinez.

And with both filled with bucket loads of talent, the match is certainly going to be a close affair and we, at FootTheBall, have compiled three key individual matchups which can decide the fate of the game on Saturday.

The talisman of Argentina and a man in form, Lionel Messi is going to be the biggest difference-maker in the final on Saturday. If he is in the right mood and has the will to lift the Copa America for the first time in his career, it is virtually impossible to stop the diminutive Argentine. 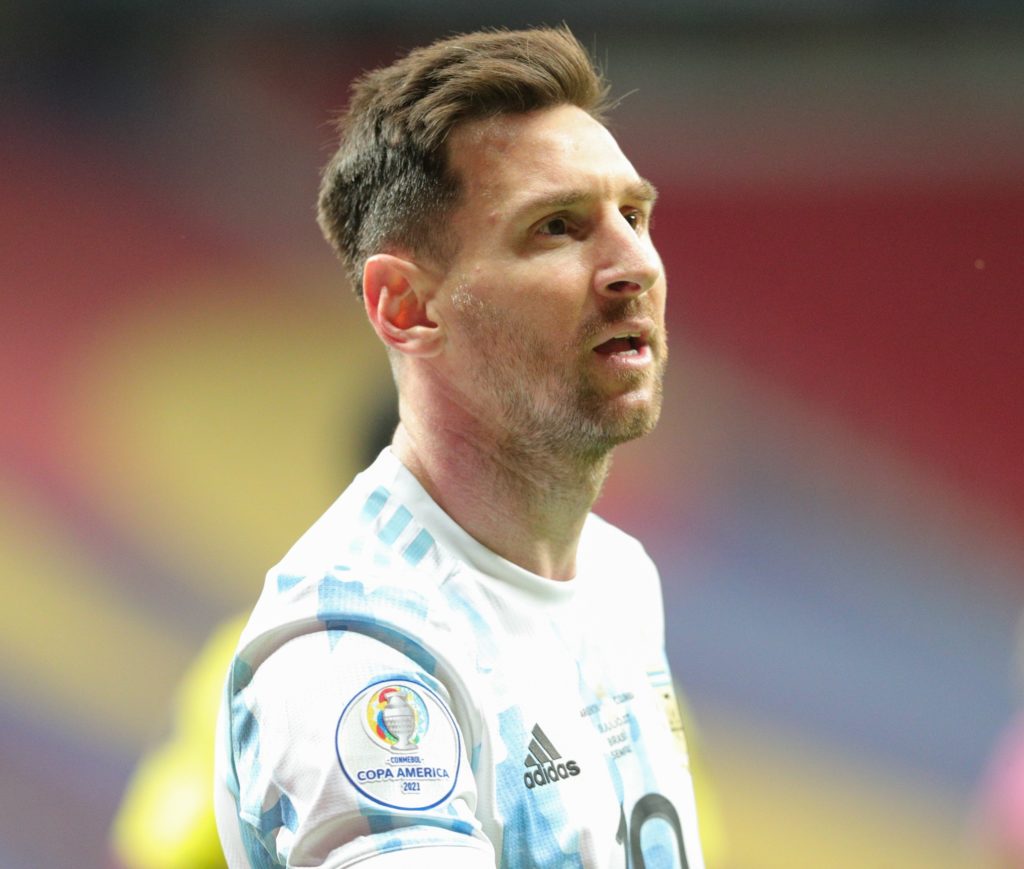 Messi will the obvious key weapon for Argentina in the final against Brazil on Saturday. (Image Courtesy: Seleccion Argentina / Twitter)

He offers something to any side in the world that no one else can offer and it is up to the midfield of Brazil, especially Casemiro to stop Messi from being able to torment the defence. The Real Madrid midfielder has performed well at times against Messi in La Liga’s El Clasicos but will have to be at his best if he is to stop him.

Casemiro’s partnership with Fred in the middle of the park has been a revelation for Brazil, and manager Tite will hope that both of them can be at their best defensively to stop Messi from doing his usual things.

Casemiro is unbeaten in ALL 27 official competitive games for Brazil. pic.twitter.com/rmhlQ1Xiec

Casemiro must forgo his attacking instincts in order to stop Messi because if he ventures forward, there will be a big gap in the centre of the field, giving the Argentina captain a free run at the defence of Brazil.

Perhaps the closest to Messi in terms of talent in the opposite camp, Neymar, similar to his former teammate, is the talismanic presence for Brazil in attack and can change match situations in just seconds with the incredible amount of skill and talent he possesses.

With some of the other attackers going pale in terms of numbers, every Brazil attack more or less is certain to go through the Paris Saint-Germain star, and the right-back for Argentina, Nahuel Molina will be the first one to engage with the 29-year-old on Saturday.

The 23-year-old Boca Juniors graduate, who now plies his trade in the Serie A with Udinese, will be particularly responsible in tackling the Brazilian superstar, without curbing his attacking instinct because most of the chance creation on the right flank falls on him as Messi drifts inside often to create from the middle of the pitch.

Molina will need to be at his very best while engaging with Neymar as many of the well-known fullbacks have been left for dead by the trickster on many occasions.

After scoring the winning goals in the 1-0 wins against Chile and Peru in the quarterfinal and semi-final respectively, Lucas Paqeuta’s confidence will be sky-high and with Gabriel Jesus missing Saturday’s final after CONMEBOL had confirmed that Manchester City striker will serve a two-match suspension for the red card he received against Chile, the Lyon forward is certain to start against Peru and will hope to help his nation achieve their 10th Copa America title.

And in Argentina’s case, the responsibility to stop Paqueta will be on Rodrigo De Paul. The Udinese midfielder who is set to move to Spanish giants Atletico Madrid in the summer, has been used as a deep-lying creator in this edition of Copa America with a lot more defensive duties and has passed with flying colours in his new role.

He has been an ever-present along with Giovani Lo Celso in the middle of the park and will have to be at his very best to stop the creative Brazilian, even though his primary responsibility will be to find the killer passes from midfield into the feet of the attackers.

The Copa final is set to be an entertaining affair with the continent’s two best teams going toe-to-toe and who wins these miny battles will very much take home the trophy.