SELECAO TAKE ON THE BLANQUIRROJA 🔥 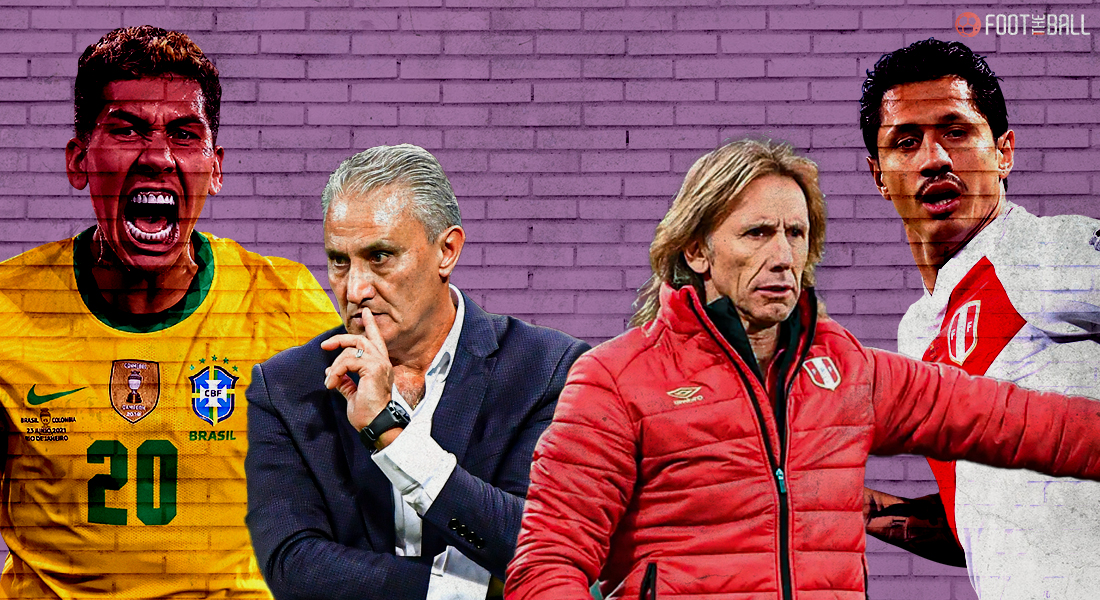 Brazil are set to face Peru in the first semi-final of the 2021 Copa America, in what looks like a classic battle between a favourite and an underdog on Monday at the Olympic Stadium in Rio de Janeiro.

The Selecao come into this game after having gone unbeaten in all of their five matches while keeping three clean sheets. The run to the knockout stage has been very impressive, with two emphatic wins in their first two group stage matches – the first one a 3-0 win over Venezuela and the other being a 4-0 rout of Peru.

They went on to register a third, 2-1 win, albeit in controversial circumstances, over Colombia and capped off the group stage with a 1-1 draw against Ecuador. They continued this run into the quarterfinal too as they registered a hard-fought 1-0 win over Chile, as they were a man down for nearly half the game after Gabriel Jesus was sent off in the 48th minute.

In the last eleven games that Brazil played in 2020 and 2021, they have gone unbeaten in all of them and kept clean sheets in eight of those matches and will hope to continue the same on Monday.

On the other hand, Peru have been quite the surprise package in this edition of Copa America and have punched above their weights to reach the semi-finals. Their campaign started off with a 4-0 drubbing at the hands of Brazil but since then they have gone unbeaten, defeating the likes of Colombia and Venezuela, and holding the fort against Ecuador in the group stage.

In the quarterfinals against Paraguay, they, unfortunately, conceded in the injury time of the first 90 minutes which sent the game into extra time and then penalties. Peru were able to hold their nerves in the shootout as they prevailed 4-3 on penalties.

The previous fixture between these two sides in the group stage saw Brazil registering a 4-0 win, with goals from Alex Sandro, Neymar, Everton Ribeiro, and Richarlison making the difference and Tite will hope that his men will continue their superb into the semi-finals.

Apart from Atletico Madrid’s Felipe, who is out of the tournament after spraining his knee, it is all good news in the Brazilian as there are no new injury issues. However, Gabriel Jesus is set to watch the game from the stands due to a suspension that he received after he was sent off in the quarterfinal against Chile. 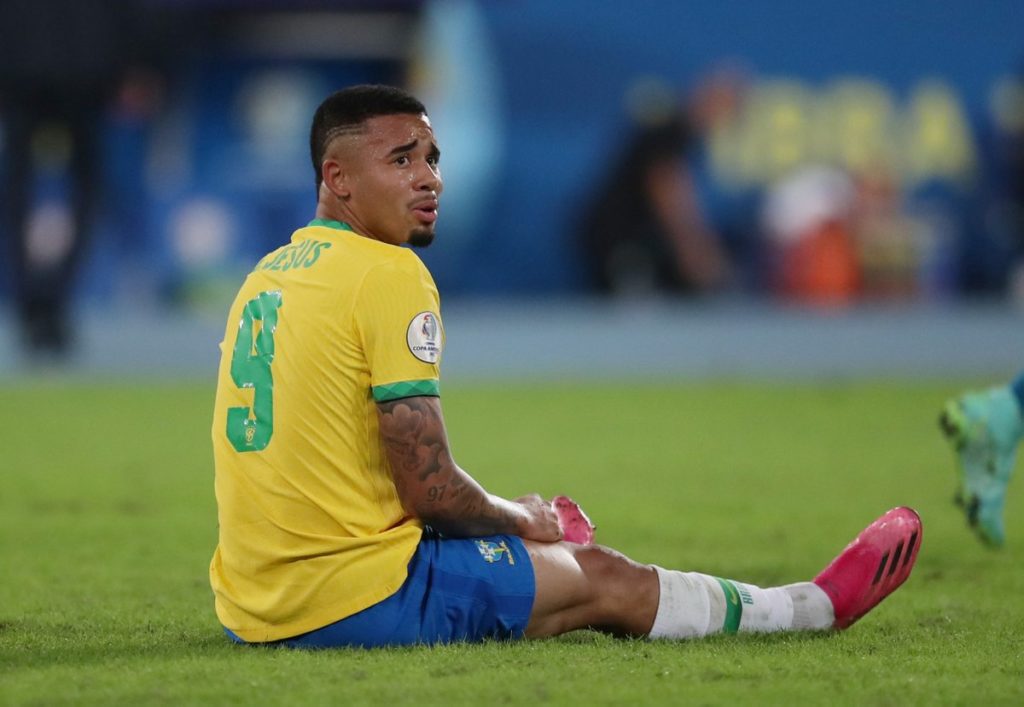 Gabriel Jesus will miss the semi-final against Peru after receiving a red card in the quarterfinal against Chile. (Image Courtesy: Al Jazeera / Website)

The manager shifted from his usual 4-3-3 and went on to set up a 4-2-3-1 which had worked beautifully and is set to remain with the same for the semi-final.

Ricardo Gareca and Peru will be happy that Christian Ramos returned to the squad after serving his one-match suspension but there are doubts over the fitness of Alexander Callens who had suffered a thigh injury in their game against Ecuador. He is back in training but might not feature from the start.

Also, forward Andre Carrillo is set to miss the game due to a one-game suspension after being sent off in the quarterfinal against Paraguay. 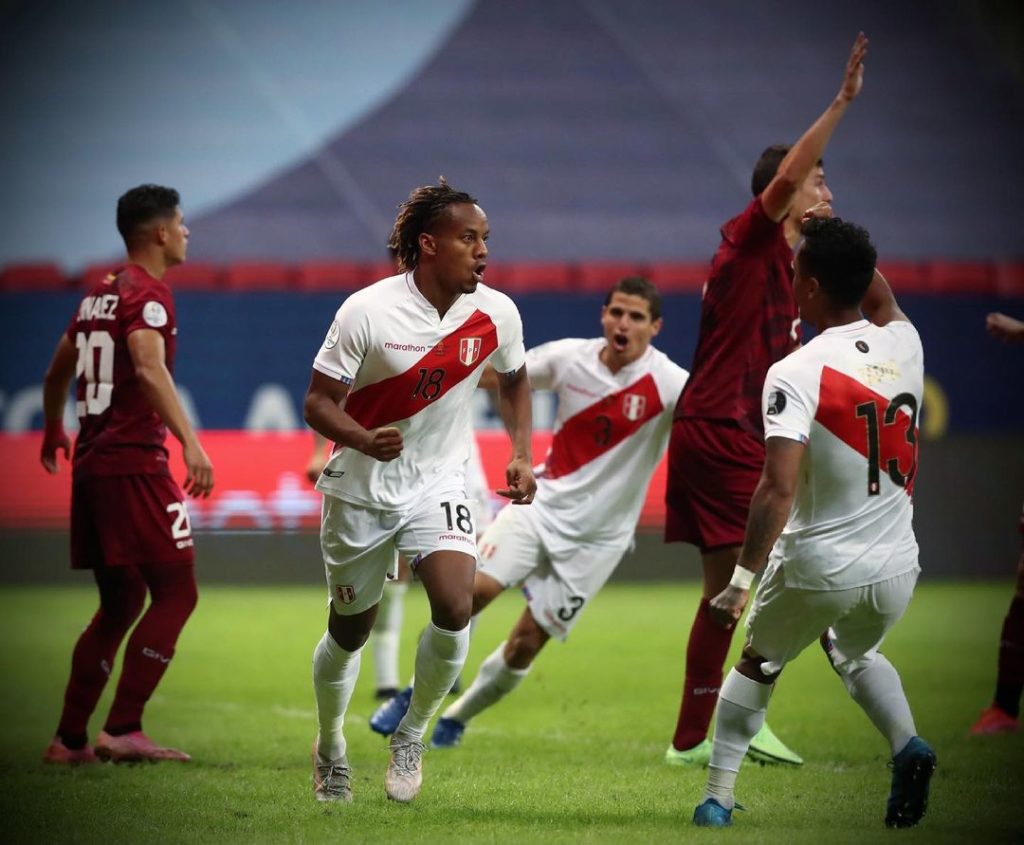 Gareca is likely to go ahead with his tried and tested 4-2-3-1 as any experiments at this stage of the campaign can prove to be disastrous.

As seen in the previous games, most of the Brazilian attacks have to go through Neymar, and that is not a surprise at all. The Paris Saint-Germain forward is one of the best players in the world and can break open defence at will with his silky footwork and goalscoring abilities.

For Peru, most the goalscoring depends upon Gianluca Lapadula. The Benevento man was picked ahead of veteran Paolo Guerrero by Gareca for Copa America and has repaid his manager’s faith by delivering for his national side in key moments. The Italian-born striker has racked up two goals and an assist in the tournament and will want to replicate the same form against Brazil on Monday.

Apart from Lapadula, Gareca will also hope that wingers Christian Cueva and Sergio Pena step up in the absence of Andre Carrillo and help Peru go reach the final with a win.

On both paper and form, Brazil will have the upper hand for sure going into the game against Colombia as they look to bank on their superb form and the mercurial talent at Tite’s disposal.

Although Peru are more than capable of making it difficult for any side, the Selecao can dismantle sides at ease and will want their attacking superstars to finish it off early, hence, FootTheBall says, Brazil 2-0 Peru.