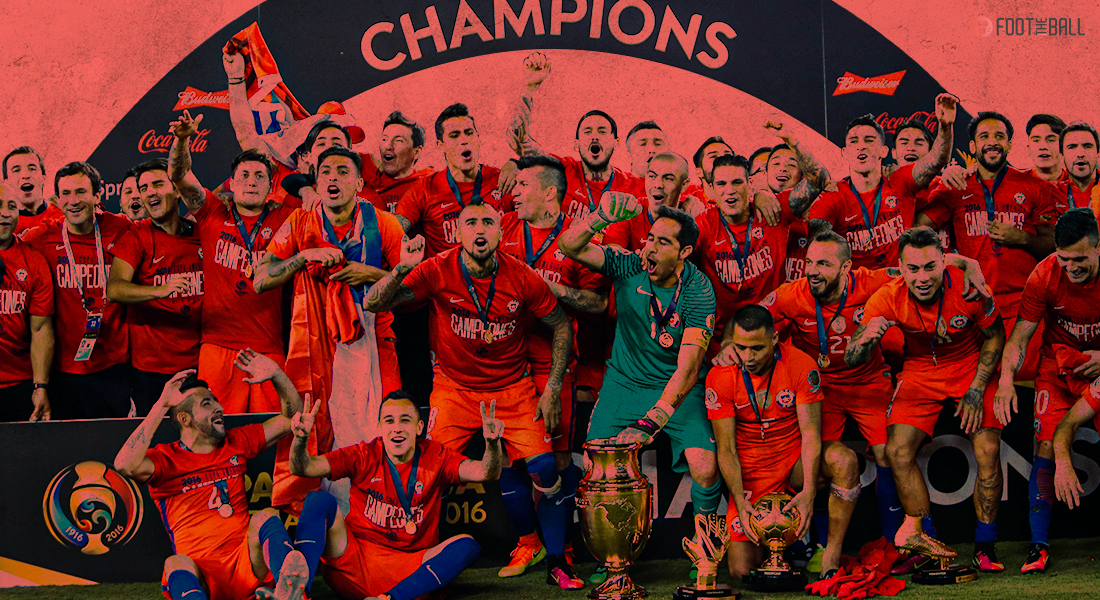 Winning your first at the International level is always a remarkable achievement, and it’s hard to think of a more momentous occasion than Chile’s 2015 victory. The win in 2015 ended their 120-year wait for a trophy. The remarkable achievement in 2015 springboarded them to back to back titles after they repeated their success at the 2016 Copa America Centenario in the United States of America.

Chile’s form since those dual triumphs has been rather indifferent. They failed to qualify for the 2018 FIFA World Cup and placed 4th at the 2019 Copa America.

With an ageing squad and the team highly dependant on the old guns, we take a look at the Chile squad, their manager, key players and their chances at the tournament this summer.

WHO IS CHILE’S MANAGER?

Chile’s coach Martin Lasarte is not one of the big names. Lasarte was born in Uruguay to a Spanish father and Uruguayan mother. He had a 16-year playing career where he represented 5 teams in his native Uruguay and also played for Deportivo de La Coruna in Spain.

During his spell in Spain, he helped the club gain promotion to La Liga and appeared 35 times the following campaign to save his club from relegation. Lasarte also captained his side on several occasions. He spent four seasons in Spain before eventually returning back to his native Uruguay.

Chile will be dependant on their big guns like Alexis Sanchez and Arturo Vidal to dictate proceedings during the course of the tournament. A well and solid goalkeeper in Claudio Bravo along with an experienced defence will be the foundation the team will want to build on.

Chile’s record goalscorer, Alexis Sanchez, has had a downward trajectory since moving to Manchester United in 2019. The forward now at Inter Milan has struggled for game time, however, he still remains Chile’s biggest and most dangerous player. The former Barcelona frontman has played at four of the biggest clubs in Europe. He was one of the Premier League’s best players during his spell at Arsenal.

Sanchez has led his team to two Copa America titles and will be raring to recoup the form that once made him one of Europe’s most lethal forwards. Sanchez has also holds the record for most appearances for the Chile Football team with 136 appearances scoring a record 45 goals during that time.

After a highly successful decade, Chile’s fortunes have slowly shifted, the lack of up and rising talent in the country is a cause for concern, and with the ageing of star players like Alexis Sanchez and Arturo Vidal, the national team is in search of the next superstar.

In Carlos Palacios, Chile may have found a pearl in an oyster. Growing up in the town of Renca the wunderkind has been playing since the age of two. The 20-year-old plays either as a forward or an attacking midfielder and currently plying his trade in the Brazillian league. Palacios made his international debut in 2020, making two appearances during the World Cup qualifiers.

Chile has been playing in the Copa America since its inception in 1916. Despite being one of the founding teams, the National side failed to win the coveted trophy for 99 years. In 2016 the Chile team led by Jorge Sampaoli won their first-ever title and defended their title in 2016.

Chile have struggled in their last few games and have recorded just 1 win from their 4 World Cup qualifying games. The fulcrum of the team will be their experienced guns. Drawn in Group A alongside, tournament favourites Argentina and strong Uruguayan side, Chile will have to shake off their bad form and kickstart the tournament with some strong performances.

With the fourth-placed team in the group qualifying for the Quarter Final, FootTheBall predicts a quarterfinal exit for the Chileans.