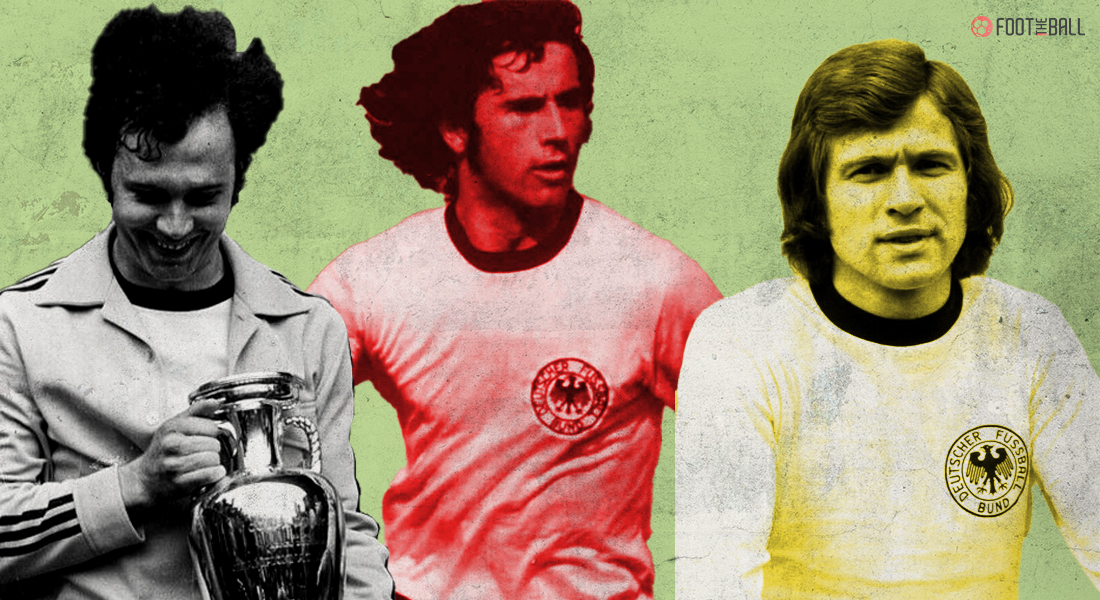 The 1972 West Germany side that won the European Championship has been described by various experts as being the greatest side in the history of the competition. Making their debut, the Germans went through qualifying undefeated with four wins and two draws. That set up a clash with 1966 World Cup winners England, who had defeated the same Germans in the final.

This time though, Germany blew England out of the water with a 3-1 win in the first-leg that ended the tie as a contest. A double from Gerd Muller in the semi-final against hosts Belgium set up a date with the Soviet Union in the final. Germany strolled to a 3-0 win and as Die Mannschaft lifted their second major international trophy after the 1954 World Cup.

FootTheBall looks at the key contributors to the 1972 team that were crowned champions.

Taking charge of the national team in 1964, Schon oversaw a period of much success for Germany. He was credited with making some of the most impactful changes to the team, including letting Franz Beckenbauer play his favoured sweeper role, and utilising the 27-year-old midfielder Gunter Netzer to the fullest extent by relieving him of his defensive duties in the team.

They played in the mould of Total Football, with a 1-3-3-3 formation that depended on closing down individual players as they approached. Schon’s brilliance of using each player in their best suited position as well as depending on the talents of the young German squad was underlined in the win over Alf Ramsey’s England, where they stretched their opponents throughout the match using the wings to create chances for their attackers.

Der Kaiser is certified legend of the game, who was made captain 1971 and given charge of his favoured position- sweeper. Having dropped back from midfield, Beckenbauer possessed the brilliance, flair and talent of distributing out from the back which was lacking in his predecessor.

That move helped the midfield to play with much more confidence and freedom when creating chances. This is not to say that Beckenbauer was bad at defending. Combined with the three ahead of him, the defence only conceded four goals throughout the tournament (10 matches) and never more than one.

The 1972 German Footballer of the Year, Netzer was considered one of the best passers of the game even before the Euros rolled around. With raking balls over the top, excellent vision and a complete lack of wanting to do the defensive work, Netzer was the perfect foil for Beckenbauer to look to during matches.

He drifted along all over the pitch with the ball, playing the most crucial role in the link up play that set the attackers free to score goals. He also scored the penalty that put Germany ahead in their match and is considered by the opponents as the main reason for the team’s dominance at the tournament.

Arguably the greatest German striker ever, Muller has held numerous goal-scoring records over the years. Muller had already won the Golden Boot at the 1970 World Cup, he came into this tournament on the back of a mind-boggling 40 goal league season with Bayern Munich.

So, it was no surprise that Der Bomber was also the leading marksman at Euro 1972 with 11 goals throughout the whole tournament, including two in the final. Schon made sure that Muller would fall back into midfield as well as needed, in order to pick up the ball and move forward efficiently. The opposition stood no chance in front of the legendary attacker.

We see how the entire team was filled with individual talents that came together to form a marauding squad that rolled over everything in front them. With such a dominant display throughout the tournament, this team might just be considered one of the greatest ever to participate in the history of the Euros.