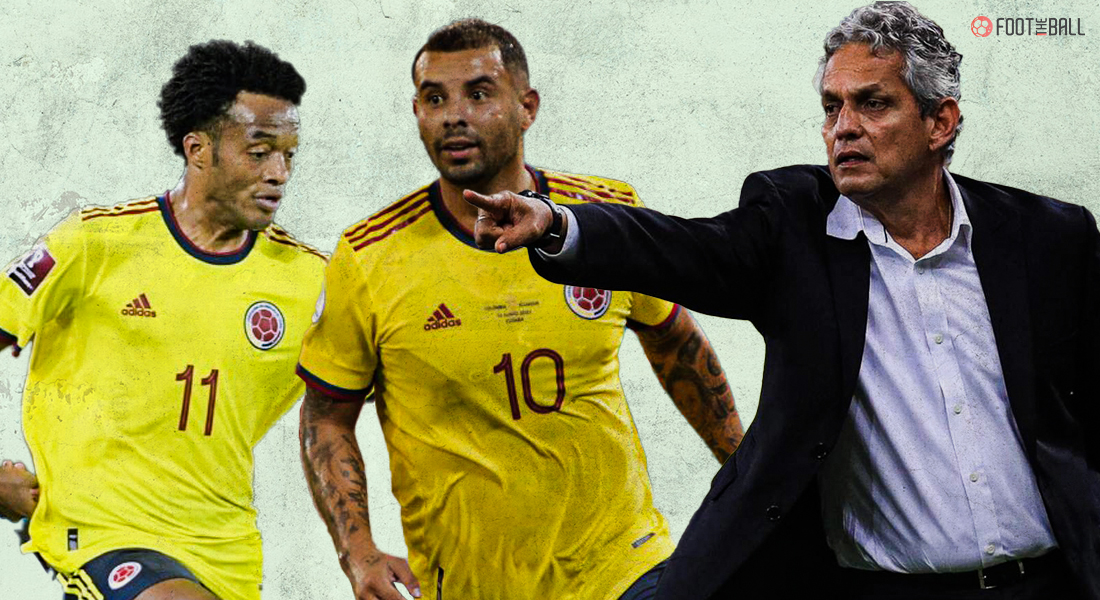 A Colombia squad without James Rodriguez  locked horns with an elated Ecuador outfit in Monday’s Copa America match. Both the teams looked to kick off the South American campaign in the most prolific way.

Reinaldo Rueda’s troops were hunting for revenge after a 6-1 thrashing by the same team had depleted their World Cup qualification hopes. Whereas Gustavo Alfaro’s young squad were looking to continue their fairytale run and prove the world their worth.

The match had a rather slow start with the two armies playing precautionary football. The first half was more or less boring with the teams lacking the flair and creativity to net a goal. Colombia missed their veteran James Rodriguez in a few parts of the game, especially in the final third where his creativity could have proved deadly against Ecuador.

But Edwin Cardona whipped his magic wand to fabricate a beautiful Colombian goal. A few good touches with Cuadrado, making a steamy run into the box and stamping his name on tomorrow’s headlines. The half-time talks had completely changed as both the teams marched towards their tunnel.

When both the teams returned it seemed as if the competitiveness and exciting flair would return on the pitch. But it was one-way traffic with Ecuador conquering the second-half but not conquering the scoreline.

Waves and waves of attacks were being thrown away because of poor finishing or poor passing as Ecuador’s inexperience was on display. The South American teams battled hard but unfortunately, Colombia saw off the game with a 1-0 scoreline to pick up three points in their first match of this summer’s South American carnival, while Ecuador would be wondering what was missing.

The match at Arena Pantanal in Brazil between the two South American giants was cruising to a stalemate at half-time. Wild shots in front of the goal, unnecessary crosses, and failed passes were the highlight of the first 43 minutes. But then Colombia’s moment of magic arrived when an inch-perfect set-piece routine earned La Tricolor their first goal this campaign.

Colombia’s talismanic forward Juan Cuadrado deceived two Ecuador defenders before being fouled on the edge of the box and winning a free-kick. Edwin Cardona stepped up for the precisive kick as he had a few quick words with his partner Cuadrado. And then the two Colombians weaved magic on the pitch. Cardona and Cuadrado played a little one-two as the Ecuadorian defenders looked to close their opposite numbers. And as soon as Cuadrado found space, he lifted a ball in the centre of the box.

A swarm of yellow shirts were waiting in the centre of the box and one of them chested the lofted ball in Cardona’s path. The Colombian number 10 made no mistake as he controlled the ball and struck a thunderous shot to find the back of the net. The keeper remained rooted to his spot as the Colombian celebrations were cut short owing to an offside flag.

But after consultations with VAR, it appeared that none of the players was in an offside position as the referee whistled to approve the goal. A beautiful set-piece manoeuvred on the pitch with perfection, Colombia had announced their intentions of winning the silverware this campaign.

A hard-fought battle in Brazil ended with a Colombian win but it wasn’t a cakewalk for the Tricolors. With a total of 26 fouls split equally between the two teams, it was a match full of blood, sweat, and a few injuries. 2 Colombian players were forced out of the match as they picked up unfortunate injuries.

Yairo Moreno was the first name on the teamsheet who had to be carried off on a stretcher. The Club Leon forward injured himself while fighting for a header and fell hard on the ground.

He could feel the pain and the grim on his face suggested that his Copa America adventure was more or less over. Colombia’s Oscar Murillo and Ecuador’s Gonzalo Plata were the other two names who had to be hobbled off the pitch.

The match was nothing short of war with both teams giving everything on the field to achieve three points. Although unnecessary injuries in the initial stages could hamper their Copa America journey which none of the teams would want.

A 6-1 thrashing of Colombia a few months back had proved the world that this Ecuador squad has quality. A young dominant squad who can take the attack to their opposition and rarely give rivals breathing space. Once again after a disappointing first half, the Ecuadorian army gave a befitting reply to Colombia. Dominating possession after the interval, the outfit in blue created a galaxy of chances.

Unfortunately, their strikers couldn’t capitalise and Ecuador faltered in the first game of the tournament. Keeping 56 per cent possession the Ecuador eleven was mainly operating in the opposition half. The creative Colombian players who were stamping their authority before the break failed to exhibit the same quality in the next 45 minutes.

The biggest problem for La Banana Mecánica was the lack of a poacher near the 6-yard box. Alfaro’s team sneaked into the opposition’s half, created the perfect passes, but lacked the finishing as the ball was either in Opsina’s hand or was being picked by a ball boy. The defeat indicated the lack of experience present in the squad who lack ideas when they go a goal down.

Another major headache for Alfaro was the lack of a backup plan. The existence of a Plan-B is important in case water is spilt over your initial plan. But Ecuador’s first half and second half tactics were completely identical, highlighting Alfaro’s poor managerial skills.