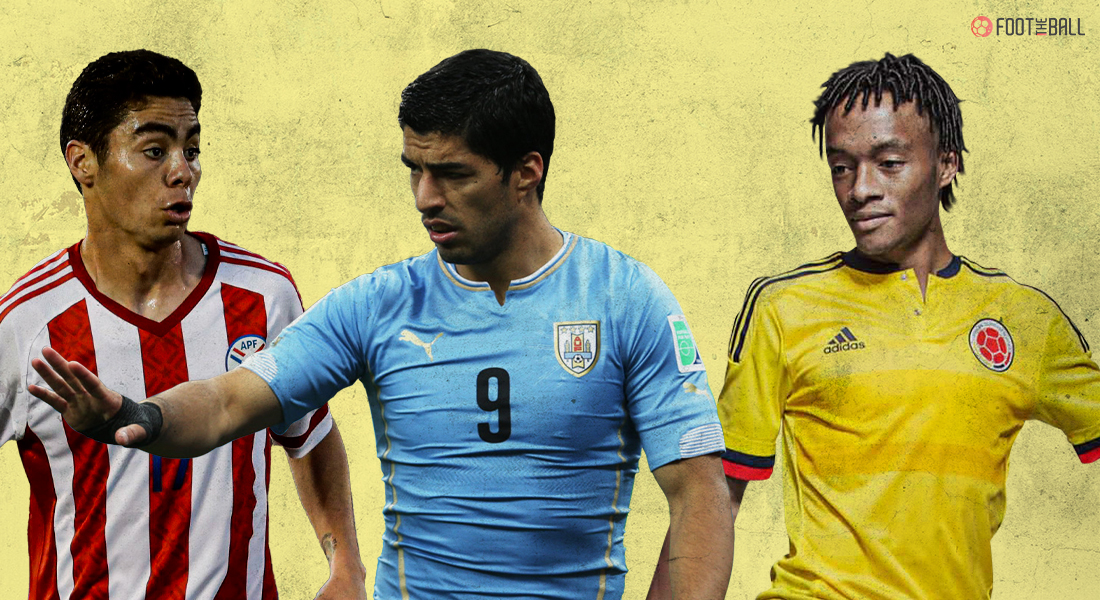 The Copa America has seen a lot of turmoil in little less than a month. First, Colombia was removed as co-hosts due to the heightened political tensions in the country. Then, Argentina expressed their inability to host it singularly due to the raging pandemic situation. That left CONMEBOL having to find a new host with less than two weeks. Eventually, Brazil agreed to become the hosts with CONMEBOL having to rejig the whole schedule once again.

Now that we know the cities and stadiums, the next focus is obviously on the favourites. Argentina and Brazil emerge as clear front runners for the trophy. However, there are a few dark horses who are looking to upset the odds in a grand manner. FootTheBall looks at three of the not-so-obvious contenders to the crown this time.

Copa America’s most successful team with 15 titles. However, it has been a decade since their last win. In the three tournaments hence, they have not even made it to the semi-finals. This is very surprising in light of the fact that Uruguay have some top-class players in their ranks.

A reminder that Barcelona sold Luis Suarez to Atlético Madrid for just €7m.

They told him he was too old to perform at the highest level.

The likes of Luis Suarez, Rodrigo Bentancur, Jose Gimenez, and Federico Valverde will surely be gunning to get rid of this unwanted record and make good on their potential this time. Their manager, Oscar Tabarez, is the longest tenured in South America and will be bidding to add a second Copa crown to his cabinet.

They have matches against Argentina, Bolivia, Chile and Paraguay to come in the group stage. However, the real challenge will come once they make it to the quarter finals, where their mettle will truly be tested once more. The time is now for that elusive 16th and this squad is well poised to achieve it.

2011 was arguably the year of their biggest heartbreak in percent times. Paraguay ended up as runners-up, their best finish since their last Copa win in 1979. Since then, they have counted one fourth-placed finish in the past three tournaments as their only highlight. However, this time around, La Albirroja will be feeling quietly confident of their chances of at least making it to the final four, if not the final itself.

Miguel Almiron voicing his confidence before Paraguay’s crucial World Cup qualifier against Uruguay tomorrow: “I think the national team is doing well and we hope that we can get the win.” 🇵🇾🆚🇺🇾 pic.twitter.com/BqpvI9Ft3P

Paraguay have a few superstars in their ranks, with the likes of Premier League tested Fabian Balbuena and influential attacker Miguel Almiron. Coupled with the Romero brothers (Oscar and Angel), it is clear that their ability will lie in getting the goals.

If they manage to shore up their defences after scoring, Eduardo Berizzo’s side will be a tough nut to handle. Paraguay have matches against Argentina, Bolivia, Chile and Uruguay to look forward to as they aim for their third Copa title in this extraordinary year.

The serial underachievers in the Copa America for years. Colombia’s lone triumph in the competition came in 2001, but they really should have added more. They finished third in 2016, either side of two quarter final exits. Having one of the most talented squads across the pitch, Colombia should really be aiming to make it into the final this time around by activating their true capabilities of each player.

⏱️ With only 880 minutes of league action, he hasn't even started 10 games worth of minutes!

😱 He has 21 goal involvements, the third most in Serie A… pic.twitter.com/IXuMcP1cl6

Though their preparations have been rocked by James Rodriguez being deemed unfit to play, they still have two of the most potent strikers in European football. Duvan Zapata and Luis Muriel will spearhead the charge, which will also benefit as they play their club football together. Further back, Jefferson Lerma, Wilmar Barrios, Juan Cuadrado, Davinson Sanchez will have vital roles in their respective positions.

The only downside can be that new coach Reinaldo Rueda is still to trot out a team of his choice in a match, after having been appointed only in January. With matches against Brazil, Bolivia, Peru, and Venezuela, if Rueda can get his team firing quickly, there’s no saying what can happen.

With four teams from each zone to qualify for the last eight, all of these teams will surely make it there. The real challenge will start from there, as the knockout begins. However, all or any of these three dark horses are surely to make it into the last four. Furthermore, it will come as no surprise if one of them actually manages to clinch a shock title win too.