James Rodriguez at the Copa America 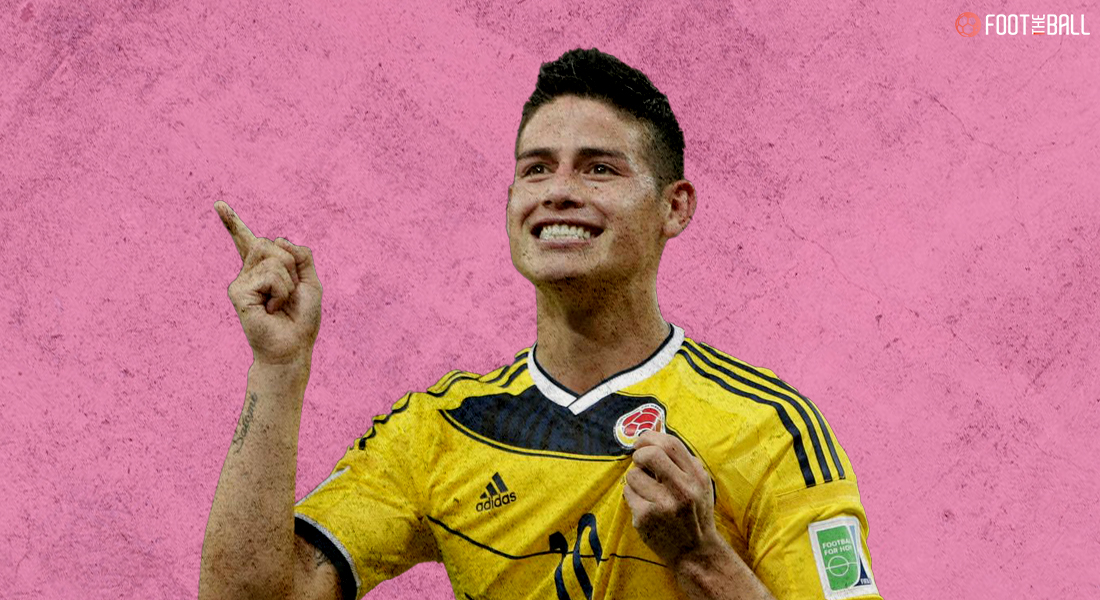 Ever since he burst onto the international at the 2014 world cup James Rodriguez had the world at his feet and sky as his limit. But fast forward 7 years James is plying his trade on the blue part of Merseyside at Everton. A gifted technician, the Colombian has a keen eye for the killer pass. Only a few in the world football possess a left foot as lethal as his. A dead-ball expert and a controller of the game he is indeed a Midfield Maestro.

James Rodriguez scores his first goal in #CopaAmerica with Colombia ahead by 2 against @ussoccer #Copa100 #USAvCOL pic.twitter.com/4xbdQVVyNw

After all the turmoils due to injuries and not getting along with his managers at Bayern Munich and Real Madrid, he has finally found his heart with his ex-boss Carlo Ancelotti at Everton. As soon as the Italian manager knew James would be available on a free transfer he moved for him.

James made an instant impact at Everton as he formed a lethal trio with Richarlison and Dominic Calvert Lewin and is leading them to a European spot in the premier league with his versatility. We are now getting to witness the full force of James Rodriguez as he is ready to shine once more on the big stage.

James at the Copa America

As we head towards Copa America in the summer, James is trying to get to full match fitness and be the vital cog for his country in their quest for a continental title. Copa can be said as a tournament that has brought mixed emotions for James.

He made his Copa debut in the 2015 edition where he played as a Left Winger in the group stages. Though he didn’t register a goal or assist he played a key role in helping his side to reach the knockout stage. James captained his country in the quarter-finals where he played a number 10 as the game finished a dull 0-0 draw and they went on to lose 5-4 on penalties to Argentina.

He got another chance the following year to make amends at the Copa America Centenario 2016. James ran the show as got 2 goals and an assist as Colombia cruised to the knockouts. In the next round, they banished the penalty demons as they beat Peru 4-2 in the quarterfinals but went on to lose 2-0 to the eventual champions Chile.

The 2019 edition however was a quieter one as he got 2 assists in the group stages and his side crashed out in the quarterfinals again on penalties to Chile.

What do we expect?

But now we see a more settled James who’s enjoying his time at Everton and is ready to spearhead Colombia against the South American giants in a quest for a major international trophy. Let us see how the Magician fares.