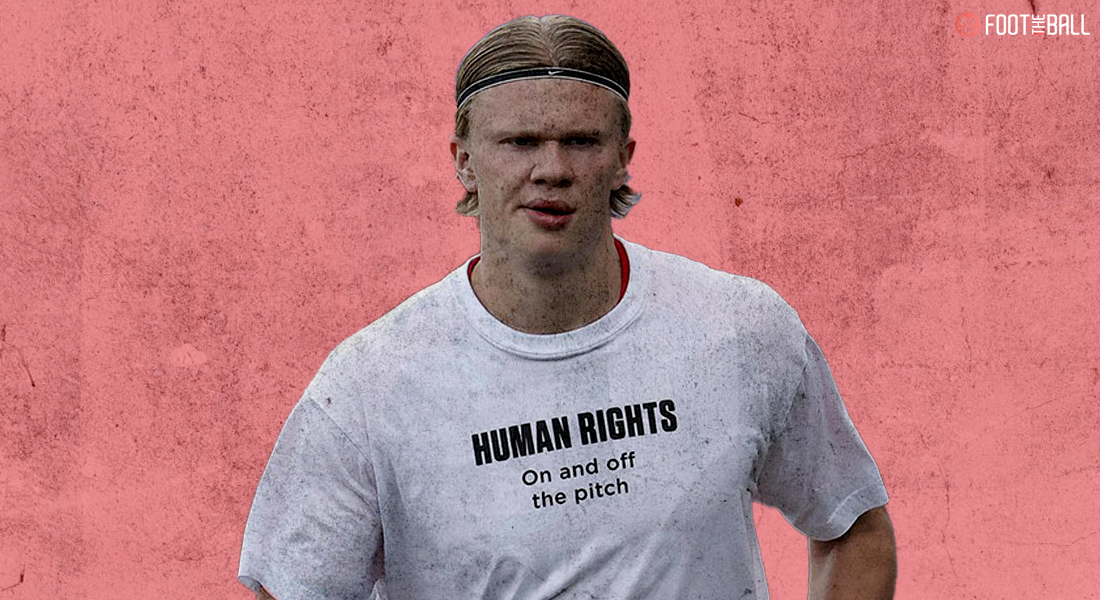 After the Australian football team recently became the very first team to have openly spoken against Qatar’s human rights records, many other countries are expected to follow suit.  The football pitch is a powerful place to make a statement. Be it with your game or with your actions. Fans have seen in the recent past that teams across the world have taken their stance together against various global issues like the Black Lives Matter(BLM) movement.

Now the footballing world has stood up against another issue. Many footballers are staging on-field protests in the 2022 World Cup qualifiers against the human rights violations in Qatar since it has been awarded the hosting rights of the show-piece event.

The gulf country has been accused by a media report from “The Guardian” that it was responsible for the death of at least 6,500 migrant workers from Nepal, Bangladesh, Sri Lanka, Pakistan and India since 2010 the year in which the country was controversially awarded the hosting rights of the 2022 tournament.

Toni Kroos has criticized Qatar ahead of the 2022 World Cup.

Yet the Germany and Real Madrid midfielder doesn't think that a boycott is the right solution.#Qatar2022 pic.twitter.com/mfadJlgx3Y

The migrant workers are abused wage-wise by their employers and have little to no human rights granted to them. They are made to work in harsh conditions especially during the summer months when the mercury goes past 40 degrees C regularly. These may be the primary contributing factors to the number of deaths seen.

Norway, the Netherlands and Germany were the ones to make their voices heard during the recent World Cup Qualifiers.
Their coach Stale Solbakken said “we’re working on something concrete” in a pre-match press conference as his side went on to wear the T-shirts that read “Human Rights- on and off the pitch”.

The entire Norwegian wore the T-shirts for their warmups before their games against Gibraltar and Turkey.
The Nordic side whose last major tournament appearance was in 2000 is ready to go to extreme lengths of boycotting this tournament should they qualify to let the world know their stance.

Norway gaining momentum from other national teams like Germany in their protest for human rights in World Cup 2022 host Qatar. pic.twitter.com/7UlIJLi459

Germany donned the T-shirts spelling out “HUMAN RIGHTS” word by word before their game against Iceland . German midfielder Joshua Kimmich feels that the boycott calls for the world cup has come 10 years too late.

The Netherlands also made their concerns known as they turned up to practice in T-shirts that read “Football supports change”. The Orange boss Frank de Boer was also contemplating boycotting the tournament should they qualify. He said they were in touch with Amnesty International over their next course of action.

Norway continued their protest of Qatar’s human rights record before their World Cup qualifier match, this time urging other countries to join them 🤝

At the same time, Netherlands joined their protest before their own qualifier match. pic.twitter.com/LBoVHI3dZ6

The Denmark national team joined the protests by wearing the same T-shirts as the Dutch for their game against Moldova.
England and Belgium national teams are also discussing their moves regarding this issue.

What has Qatar said?

The Qatari officials insist that they have reformed the labor laws in 2020 and are doing more than any country in that region to ensure the maximum safety of the workers.
A spokesman of Qatar’s supreme committee claimed that they have “always been transparent about the health and safety of workers ”.

Lighting up the night sky! 🌃 Which #Qatar2022 stadium is this?

However, the 2022 event presents a huge chance for the country to present itself in a good manner before the world if they could further better the condition of the workers.

What has FIFA said?

Since the World Cup is too big an event to be boycotted, the teams may continue their protest at the tournament even while participating and making sure that their message is well heard across the world.
Also, Qatar by successfully hosting the event with no major mishaps can rebrand its image on the global stage.