The Copa America 2021 has burst into action in the knockout stage with some big teams exiting at the quarter-final stage.

Peru and Paraguay served up a six goal thriller to start the quarters with Paraguay being knocked out on penalties after a 3-3 draw. Brazil then survived a Gabriel Jesus red card against an ageing but still pluggy Chile. Lucas Paqueta got the only goal of the game to send the defending champions through. 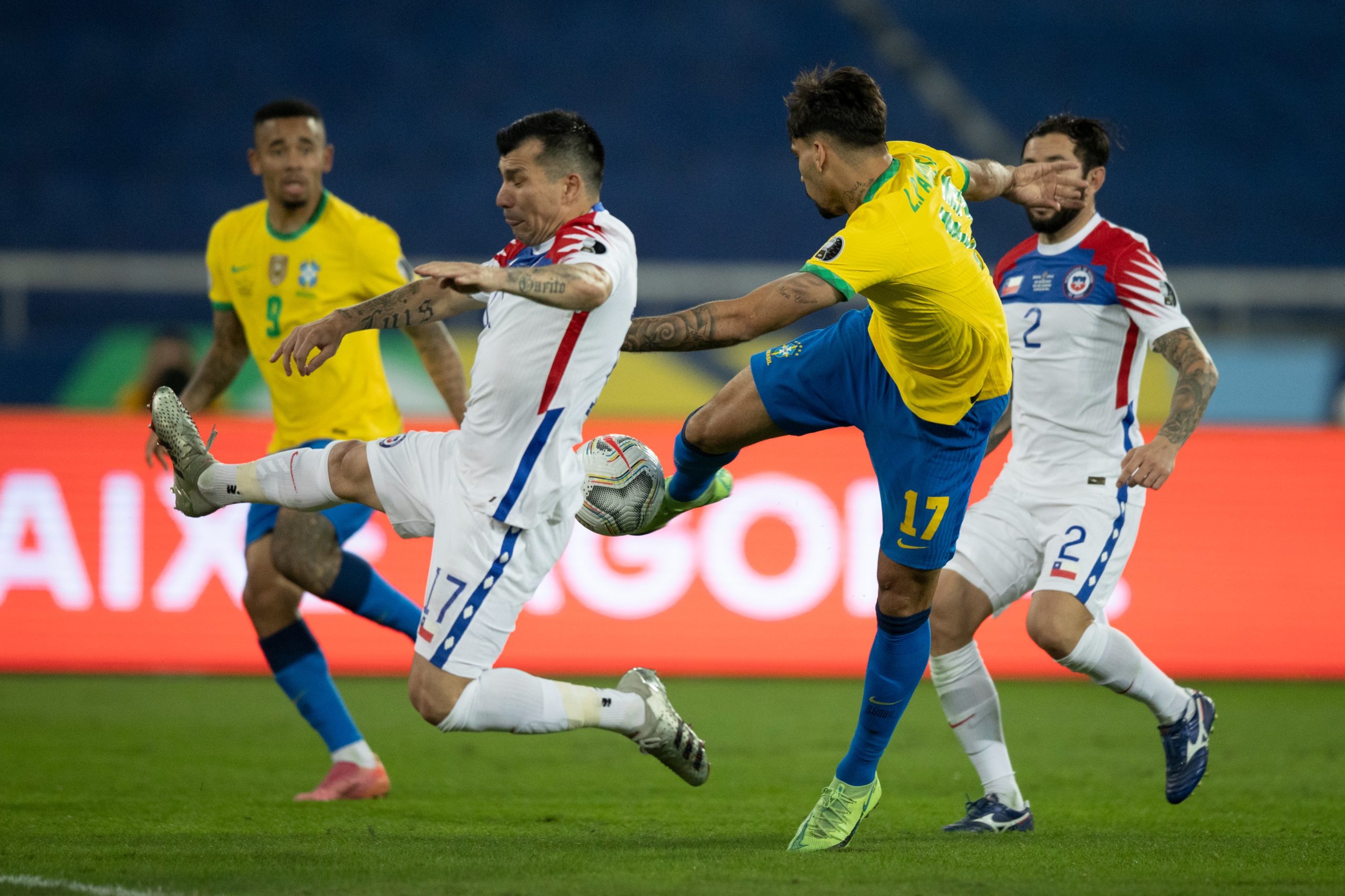 Lucas Paqueta scores the only goal of the game vs Chile (Courtesy: CBF Futebol/Twitter)

Early tournament dark horses Uruguay lost to Colombia on penalties in the third quarterfinal. Lionel Messi got two assists and a goal against Ecuador to make sure his Argentina side were the fourth team into the semifinals.

La Selecao will face Peru in the first semifinal in their quest to defend their Copa crown. They will be without Gabriel Jesus who will be suspended after an atrocious challenge earned him a red card against Chile.

The two sides met on matchday two in the group stages and Brazil thumped Peru 4-0 with goals from Alex Sandro, Neymar, Everton and Richarlison. The semifinal clash will be a rematch of the 2019 Copa America final too, when Peru lost 3-1 to Brazil.

Tite’s side were the overwhelming favourites pre-tournament and their performances so far have justified that tag. They have conceded just two goals in their five matches and scored 11 in reply. Peru meanwhile have suffered just the one loss to Brazil. They too will be without key man Andre Carilo who was sent off in the quarter against Paraguay.

It will be one of the biggest upsets in Copa history if Peru were to go through against the home side.

Lionel Messi’s hunt for international success continues against Colombia in the second semifinal. The (ex?) Barcelona forward has been in sparkling form at the competition – leading both the scoring and assisting charts with four goals and four assists each.

Colombia meanwhile managed to hold more-favoured Uruguay to a goalless draw over 120 minutes before goalkeeper David Ospina saved from Jose Gimenez and Matias Vina to kead his team into the semis.

Argentina have a wide array of attacking stars but have a susceptible defence in the absence of the injured Cristian Romero and out-of-favour Lisandra Martinez. Colombia on the other hand have kept clean sheets in three of the five matches in the tournament and are likely to resort to the defence first strategy again, especially in the absence of James Rodriguez.

Messi and co. should have enough in the tank to get past the Colombian hurdle, especially given that their opponents had to play an extra 30 minutes at a high intensity. However, with the Copa America you never know.

The semi-finals are set and if the previous round is anything to go by, then a lot of action awaits us. The South American championship has added a lot of steel to go with its flair in recent years and always makes for entertainment viewing. Will Messi get his trophy or will Brazil make it two in a row? Or maybe we might see an unlikely winner this time? Stay tuned to find out.