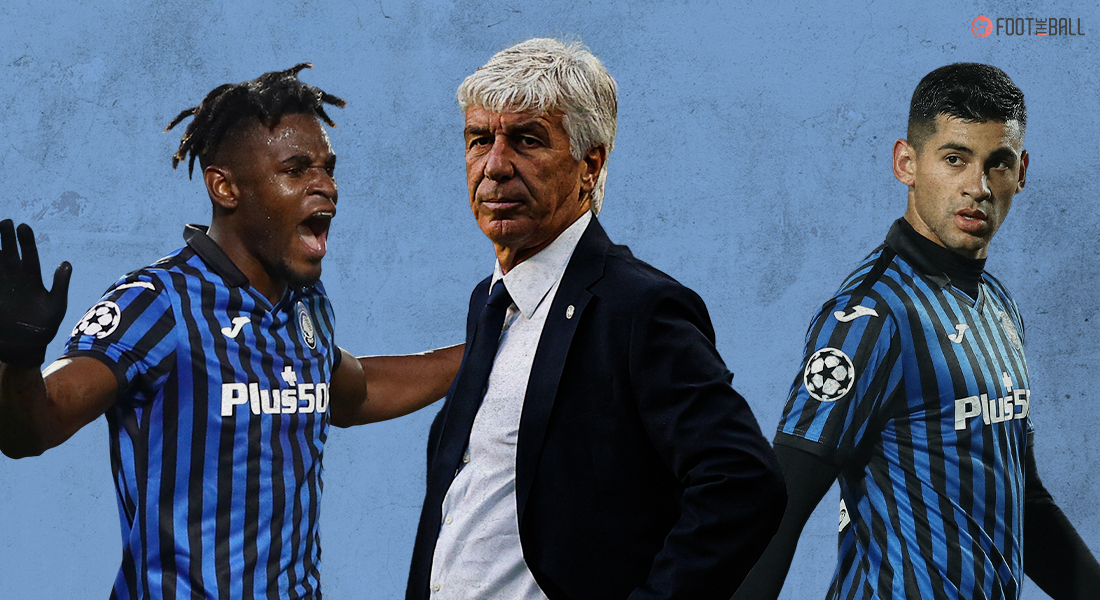 Atalanta BC have been one of Europe’s most darling sides over the past few season. Led by Gian Piero Gasperini, La Dea have the most exciting team in Italy. Their fast style of play, defence seamlessly joining attacks and silky technical skills saw them score almost a hundred goals in Serie A last season.

Furthermore, they became the first side to qualify for the knockout stages of the Champions League after losing their first three group games. Armed with a 3rd place finish and a run to the quarter-finals in Europe, Atalanta was all set to continue its rampaging ways in 2020-21.

The club brought in Mario Pasalic, Joakim Maehle and Cristian Romero (loan) among others. All of these three would play pivotal roles across the season, as Atalanta once again set hearts racing with their play. Romero even ended up winning the ‘Best Defender’ award in Serie A. Even the loss of captain Alejandro Gomez in January could not stop Atalanta from having another solid season amongst the upper echelons of the table.

Atalanta started the season with three wins and two losses from their opening five games. That kind of result was expected from their daredevil nature of playing. Though they recovered well to only lose a further four games over the whole season (second-lowest), too many draws became the main issue.

Similarly to the 1st half, the hosts just had no answer for La Dea's attacking play, as the scoreline could have been even worse for them – they finish the match with just two shots on target.

With nine draws (most in top 7), they never came quite close to challenging Inter’s rampaging form this season. They stayed in the top two towards the business end of the campaign, but a last day loss to AC Milan dropped them to third. Nevertheless, it was another solid season for Gasperini and co. who once again were the top scorers in the league with 90 goals.

In the Coppa Italia, La Dea made it all the way to the final against Juventus. Having defeated Lazio and Napoli along the way, they would have been confident of their chances of silverware. However, a deflating 2-1 loss to the Old Lady ensured that they remained trophy-less since 1963.

The Champions League campaign saw them qualify to the round-of-16, having finished runners-up in their group. Facing Real Madrid, they were never up to the task in either of the legs, losing 4-1 on aggregate to face a disappointing exit once again.

This match was more than just the scoreline or a win. This was about pride, and showing why Atalanta are no more underdogs in Europe. Having been smacked 5-0 in Italy, few gave La Dea a chance to score, let alone win at Anfield.

However, it was the Reds who were in for a rude shock as they were on the end of a shutout this time around. Following a goalless first half, Atalanta took the lead in the 60th minute. Josip Ilicic struck the ball home after some neat play down the left flank by the captain Gomez.

Atalanta are the first team to beat Liverpool at Anfield in 90 minutes since Chelsea in September 2018.

The result is Liverpool's first loss in the Champions League group stage in over six years 🤯 pic.twitter.com/uCmvTA6Fq7

They doubled their lead within five minutes as Robin Gosens smashed a second from Hans’ Hateboer’s knockdown inside the box. Liverpool created very few chances throughout the match, with Atalanta having double the number of shots in the match. It was a definite statement of power by La Dea, as they thoroughly outplayed and won at the home of the English champions to post a major win.

The saddest fact about this match was that it was a tale of two halves. In the first 45, Atalanta had numerous good chances to forge ahead. They were constantly hassling Juventus whenever they were on the ball, leading to mistakes often. However, they failed to transition that dominance into goals and it got even worse. A loose ball broke to Dejan Kulusevki who curled his shot in for the game’s opener to the Old Lady. La Dea belatedly got on the scoresheet five minutes from the break through Ruslan Malinovskyi.

It was as good as it got though, with Gasperini’s side playing with a lot less tempo and intent in the second half. They conceded again to Federico Chiesa as the match devolved into a fracas in the final minutes. Atalanta picked up four yellow cards and had captain Rafael Toloi sent off for a dangerous challenge. Juventus held on to win and end Atalanta hopes of finally winning a trophy once more.

The Colombian forward had another stellar campaign for Atalanta. Muriel had career highs in both goal (26) and assists (10) across all competitions. Though he rarely played the full 90 minutes, his pace and deadly eye for goal was enough to keep his team competing all throughout the match. His partnership with national teammate Duvan Zapata (16 goals, 11 assists in all competitions) worked supremely well for La Dea.

They ended up as highest scorers in the league once more, and Muriel is a big reason why. Atalanta have an array of attacking talents on show, with the 30-year-old leading the line with distinction. Muriel will look to keep up his good form for his country as well in the upcoming World Cup qualifiers and of course, the Copa America.

The Lokomotiv Moscow player would have certainly wanted to leave a better impact in his first season abroad. The 25-year-old was just coming off the back of his most fruitful spell in his career, with 12 goals and three assists in the Russian top flight. However, his year with Atalanta left a lot to be desired. Miranchuk only started four games throughout the season in Serie A, on his way to 25 total appearances.

He found the back of the net only six times across all competitions with just two assists. Granted, the Atalanta attacking setup is one of the most talented in Europe and finding regular game time is tough. Miranchuk will be looking to kick on from this campaign and prove himself as a regular member of the team through some strong performances at the upcoming Euros.

Despite having another top three finish, Atalanta will rue the way they let slip their chance of winning the Coppa Italia. Gasperini has made this side into world beaters who can defeat the best on their day, and their style of intense play shows no signs of abating. If they can continue their form into 2021-22 and beyond, silverware might just be around the corner sooner rather than later.