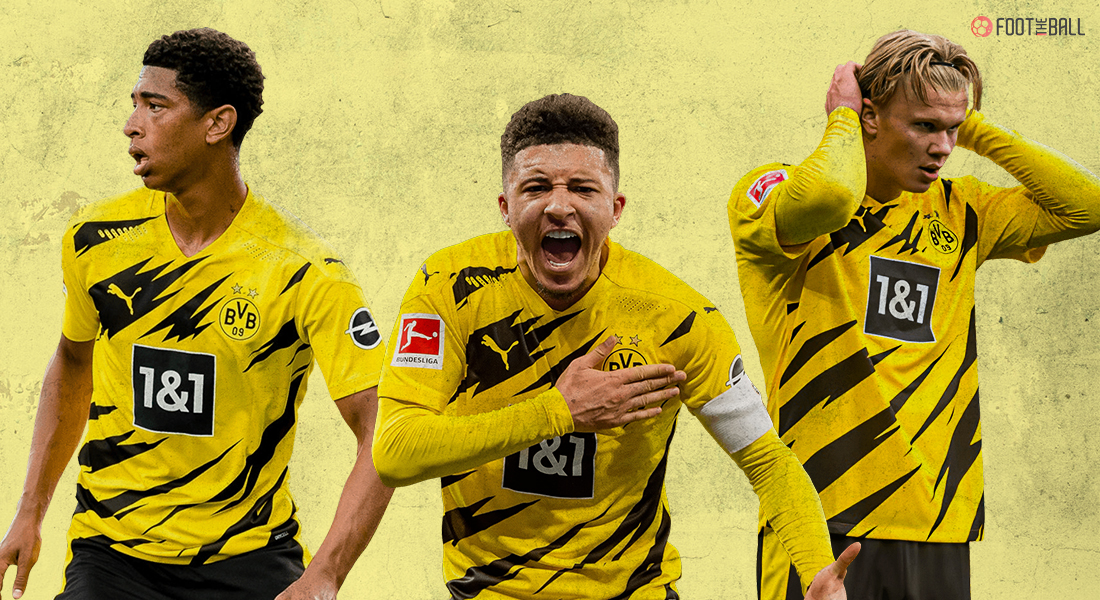 In a season of ups and downs, we are here to review Borussia Dortmund journey in 2020/21. They sacked their manager in December and everyone was wondering whether they could manage to qualify for the next year’s Champions League or not. Key players looked out of touch since the start of the season and the title challenge never looked in sight.

“We're looking forward to starting the season. Our preparation was good. It's time we played competitive games again!" pic.twitter.com/TQ40pqNEpN

Despite the odds against them, the assistant turned caretaker manager Edin Terzic revived the team and led them to a major trophy within six months of arriving. He will hand over a successful bunch of players with high morale to his successor Marco Rose.

It was a fairly good season for Borussia Dortmund despite turmoil in the beginning. Bayern Munich naturally dominated the league and won it by a whopping 13 point margin, while Dortmund lost their second spot to RB Leipzig by one point.

Dortmund are known for building a cavalry of the most talented young players from around the world and giving a fight to Bayern when no one else could do so. One of their star players Jadon Sancho had a poor start to the new season after registering 40 assists in the previous two seasons disrupted the team’s functioning and defensive errors made it impossible for them to challenge for the title.

They did eventually end up with a trophy by defeating Leipzig in the DFB Pokal final. This would have uplifted the team morale for next season despite the chances of having a depleted squad with rumours of Haaland and Sancho moving away this transfer window.

After a hard-fought season tested BVB to its limits, they came out on top at the end of it. Dortmund went to reach the final of the DFB Pokal by beating the dark horses Holstein Kiel, the team from the second division that shocked everyone by upsetting Bayern Munich in the second round of the tournament. In the final, they were to face their rivals for the runners up spot in the league, RB Leipzig.

When you get so excited that you forget the full-time score graphic 😅 pic.twitter.com/LfGFLAz0q5

It was predicted to be a well-balanced and difficult match between two top sides, but as events unfolded, it turned out to be a battering for Leipzig. Two first-half goals courtesy of the 21-year old Jadon Sancho and one from Erling Haaland meant the match was almost over for the Leipzig. A goal from Daniel Olmo in the second half might have brought back some life but a late second from the 20-year old Haaland sealed the title in Dortmund’s favour.

The two youngsters helped Dortmund win the trophy with a brace each. It was the first trophy they both won with the black and yellows and it might be the last considering both players are wanted by many top clubs across Europe.

Dortmund had a below-average start to their season and every defeat was just a step towards manager Lucien Favre’s sacking. It was this match against the newly-promoted side at home that acted as the catalyst and left the club with no other option.

The visitors opened the scoring after Emre Can conceded a foul in his own box. Silas Wamangituka made no mistake and slotted the spot-kick past Dortmund goalkeeper Roman Burki to give his team the lead. 18-year old Giovanni Reyna equalised for the hosts and the first half ended with the scores level.

Dortmund are absolutely stunned at home by Stuttgart 😯 pic.twitter.com/CLr8IT0jNy

In the second half, Dortmund’s leaky defence was exposed by Stuttgart by a string of simple passes. The lack of shape and positioning of their defence was clearly visible and exploited by the visitors as they kept adding goal after goal and embarrassed Dortmund at the Signal Iduna Park. Wamangituka scored his second of the night 7 minutes into the second half before Philipp Forster doubled the lead for Stuttgart. Wamangituka had another direct goal involvement with an assist to Tanguy Coulibaly to score the fourth for the away team. Substitute Nicolas Gonzalez finished the game by adding another goal in the injury time to complete the humiliation for the defending runner ups in the league.

One of the most in-demand forward in world football right now and considered one of the best players of his age, the 20-year old Norwegian scored a whopping 41 goals this season. He netted the ball 27 times in the Bundesliga while his 10 Champions League goals earned him the golden boot in the tournament. 2 of his goals came in the precious DFB Pokal cup final which helped his team win its first major trophy in four years.

The Norwegian marksman is eyed by many top European clubs such as Real Madrid, Barcelona, Manchester United, and even the Champions League winners Chelsea and runner up Manchester City.

He was voted the Bundesliga player of the season by fans over Bundesliga record goalscorer Robert Lewandowski.

The 25-year old German midfielder massively underperformed in his second season at the Signal Iduna Park with just six goal contributions in all competitions.

He was signed from Bayer Leverkusen in 2019 for a price of around €25 million after a great season with Die Werkself. In his first season, he made 20 goals contributions and was deemed to be the star at Dortmund. But with the rise of teenagers Jude Bellingham and Giovanni Reyna and the dip in his form, his time at the club looks close to an end.

Not only Dortmund, but his place in the national squad also stood on thin ice for some time before he was eventually omitted from the squad in the World Cup qualifiers as well as the recently announced Euro 2020 squad.