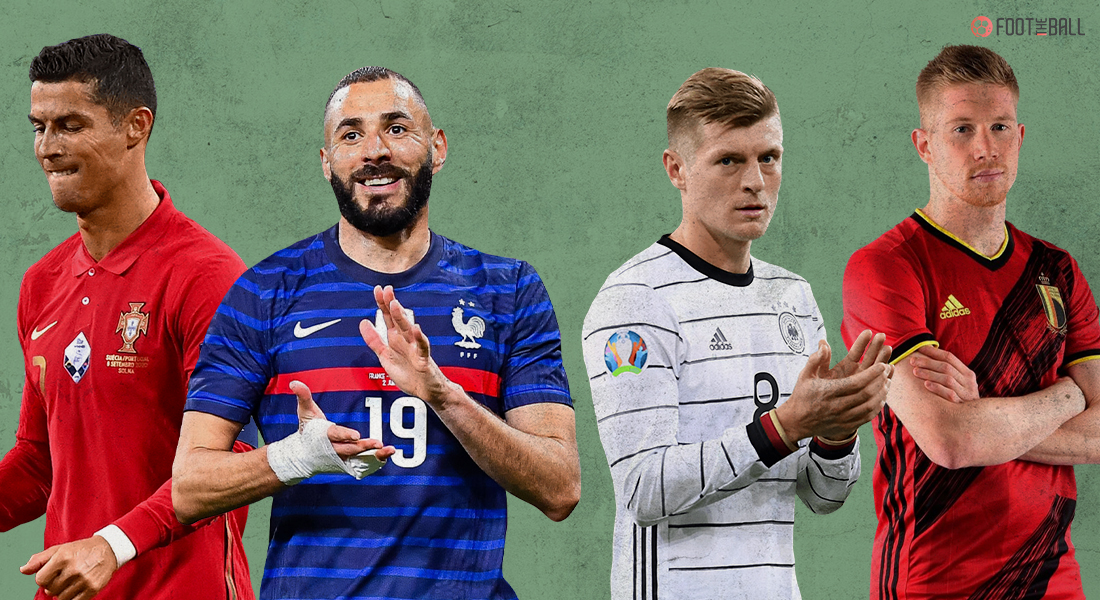 When one talks about the surprises at the FIFA World Cup, they have always been rare as the eventual winners were from the established nations such as Brazil, Italy, France, etc. One could see that of South Korea and Turkey making the semi-finals in 2002 or Sweden in 1994, but that was it.

But when it comes to the Euros, the sense of unpredictability rises so high that if one picks a favourite team and they do not win the tournament, it would not be a surprise for the person that has picked. Such is the amount of randomness that has been associated with the Euros over the years.

HISTORY OF THE EUROS

Unlike the World Cup where the winners are predictable most of the time, the history of the Euros differ from the obvious outcome. Denmark winning in the 1992 Euros is the first one that comes to everybody’s mind when we talk about upsets and unpredictability, more so after Denmark not even qualifying for the tournament and being a late replacement for Yugoslavia, who were barred from participating due to the civil war.

Greece’s win over hosts and favourites Portugal in 2004 is another story on its own, while in the most recently concluded Euros we saw Wales going all the way to the semi-finals while pre-tournament favourites and star-studded France being defeated by dark-horses Portugal in extra-time.

It is a tournament that has most of the teams going for it from the start, knowing that it will end for them early. And it is understandable too. Most of the Euro teams do not get to participate in the World Cup and for them, the European Championship is the highest tier of football.

And at this season’s Euros, the unpredictability rises to the next level, especially with the number of talented players each squad have and them having played in the biggest leagues all around Europe.

The Euro 2020, which is happening one year after the originally scheduled dates, has its own favourites, as it was earlier. It would be impossible not to fall for World Cup winners France and predict them as winners, with the plethora of talent at the Didier Deschamps disposal.

Their starting eleven against Wales in the friendly on Wednesday, which they won 3-0, had a ridiculous amount of gifted players while the bench was equally talented and could form a separate side, compete against the top sides and get a positive result. 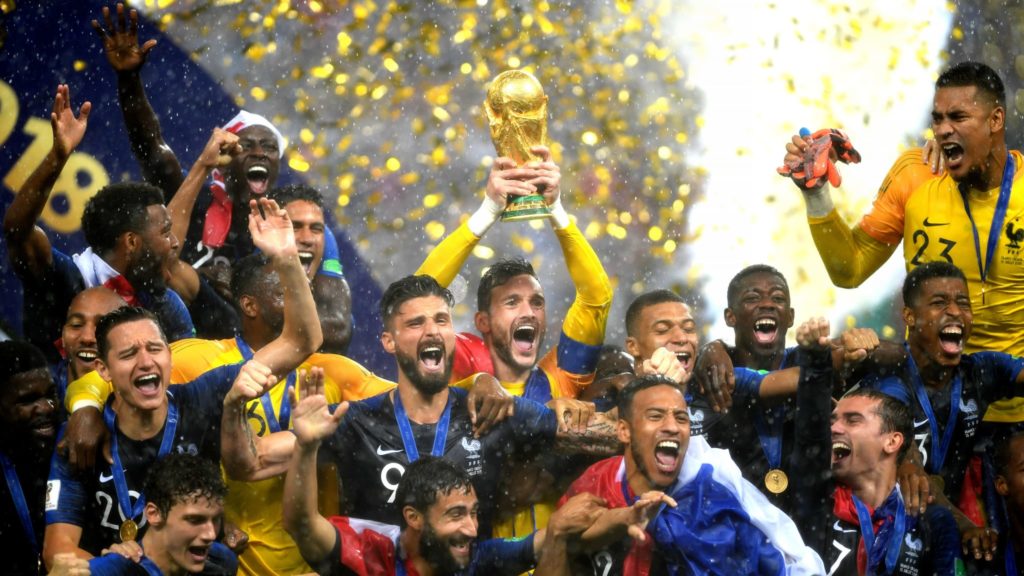 France celebrating with the World Cup trophy in 2018 after defeating Croatia in the final. (Image Courtesy: FIFA / Website)

Helped by being managed by a World Cup and Euro double-winning captain, France’s showcasing in the World Cup is out rightly enough for them to be given the favourites tag and win the rare, second double in international football.

But there are other nations too, who have talent similar to the world champions, albeit weaker in other aspects.

England, perhaps, have the most exciting bunch of players in this year’s competition, spearheaded by a world-class material in their captain, Harry Kane. In defence, especially at the right-back position, they are so stacked with exceptional players that Aaron Wan-Bissaka has not yet found a place in the squad, thanks to the likes of Trent Alexander-Arnold, Kyle Walker, Reece James, and Kieran Trippier. 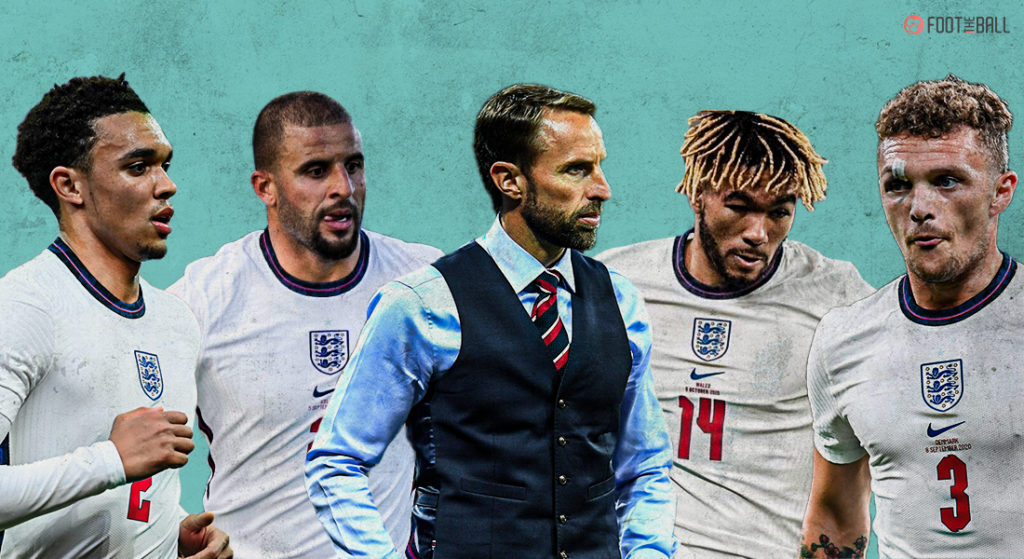 The quartet of right-backs at Gareth Southgate’s disposal.

Even France would be jealous of the amount of attacking in England’s squad but when compared to France, the managers matter. Deschamps has won the World Cup while Gareth Southgate still has more critics than he has admirers regarding his management style, in the five years with the Three Lions.

In Portugal, although it is still heavily revolved around Cristiano Ronaldo, Fernando Santos has other people whom he can rely upon to do the thing and go until the end of the tournament without breaking a sweat. Ruben Dias has just won the Premier League Player of the Season award, whereas Bruno Fernandes had a record-breaking 18 months at Manchester United.

Belgium and Germany, too, have stars studded in their squad while Netherlands and Italy might be the dark horse teams within the upper echelons of the tournament.

But this year it is such that teams such as Turkey, Croatia and Poland have squads which are filled with players who have played alongside and against the best of the best in recent years and might have more motivation than the top nations to go and win the championship for their countries. 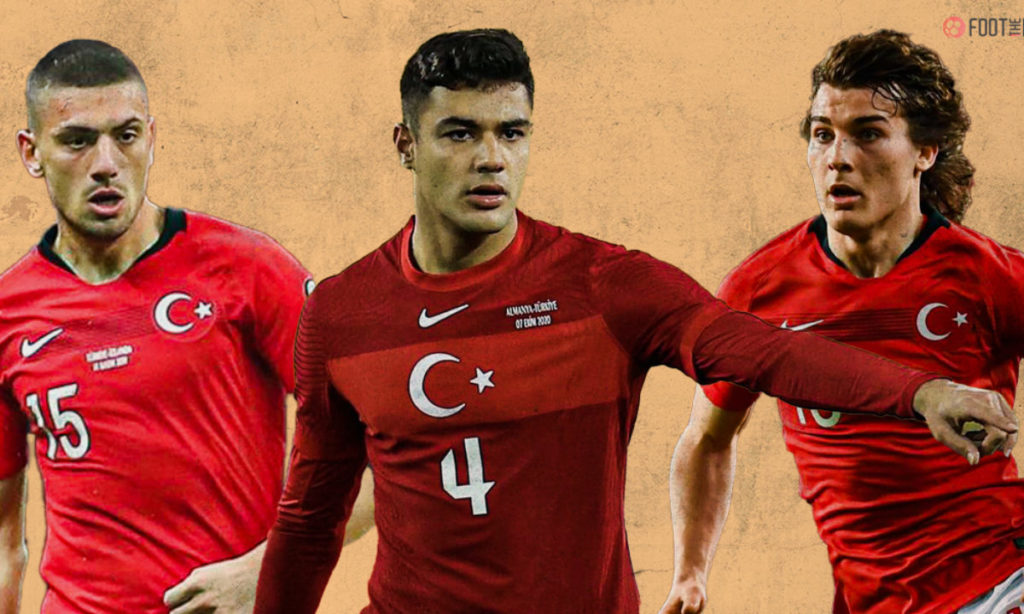 Having Merih Demiral, Caglar Soyuncu and Ozan Kabak as their centre-backs in a boon to Turkey.

Turkey is blessed with centre-backs whereas it is the same case with World Cup finalists Croatia whose midfield can be considered one of the best in the tournament. Poland will heavily depend on their talisman and arguably the best player in the world for the past two seasons, Robert Lewandowski but they still have talents such as Piotr Zielinski, Arkadiusz Milik to support the Bayern Munich forward.

To conclude, France have an embarrassment of riches while England will have home advantage in their matches along with undeniable talent. Portugal, Belgium, and Germany also have the thing to do it until the end, while Italy and Netherlands would want to bring back their glory days from the past.

But it will be at one’s own peril if the other teams are to be written off. Such could be the unpredictability in the 2020 edition of the Euros and quite frankly, it would be magnificent.