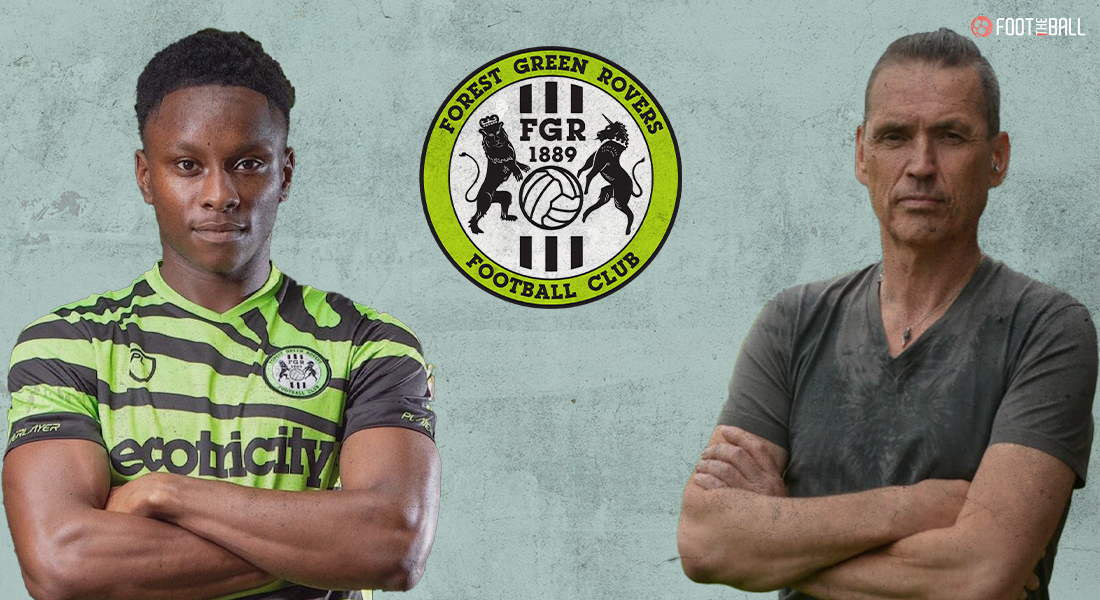 Imagine going to a football match where you find an all-vegan menu. You find players wearing kits made of sustainable materials.

You also find that the pitch is laid naturally and the entire stadium is powered by solar energy. Sounds too ideal to exist right? But it is turned into reality by an English club Forest Green Rovers. The League Two side has been recognized as the world’s greenest football club by FIFA. 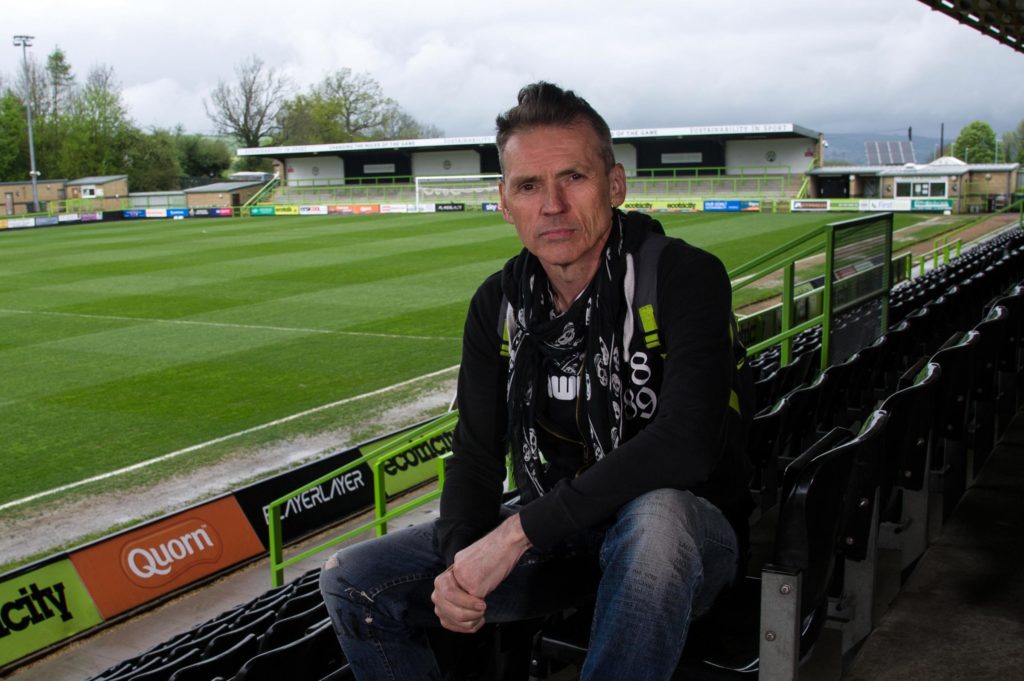 Forest Green Rovers might not be the most popular team in the world, but they are ahead of the curve of every single club in the world when it comes to sustainability and helping the planet. The team based in Nailsworth, Gloucestershire is in its current position thanks to its owner and chairman Dale Vince.

Vince took over the club when they were in a dire situation. The green energy industrialist through his extraordinary vision and philosophy revolutionalised the club. The club through a string of partnerships with other eco-friendly NPO’s and NGO’s achieved a marvel.

But they aren’t just content with being the greenest club in the world. They have further plans to build a new green stadium and also take on the toughest of tasks. They want to educate their fans and football fans in general to lead a sustainable way of living.

HOW THE CHANGE BEGAN?

Forest Green Rovers were just another club in the lower leagues of English football. The changing financial landscape made it impossible for the club to survive. They finished in the relegation zone multiple times only to be reprived by the expulsion of other teams above them. In a desperate situation, they went to Dale Vince, a local hero.

Dale Vince OBE, the eco industrialist hailing from Norfolk, made his name in the green energy business. His firm Ecotricity is located in Stroud, close to Forest Green Rovers. When the Rovers approached him for his help in 2010, he couldn’t say no.

Vince said, “I’m a football fan so I thought I’d help out and just a day or so into owning the club, I started to recognize issues that really conflicted with my outlook and the way I lived.

The first thing was red meat; we were serving beef lasagne to our players and I was horrified to find myself part of the trade-in meat which is so harmful to the environment. So, we stopped that. We then realized we had to change just about everything to create a green football club, something that had never been done before.”

Thus began the idea of a green club. First things first, the meal served to the players and fans was changed. With meat removed from the menu, vegetarian food and mainly vegan food was prioritized. Quorn, a vegan food and drinks provider, along with Oatly, a vegan milk provider, are two of the essential partners that helped FGR turn into a full-vegan club.

In 2015, they became the first team in the world to go full vegan They take pride in that stance and follow it to date. However, it wasn’t smooth sailing in this regard always. Visiting fans used to complain at times about the lack of non-vegetarian food available. Vince got into a war of words with the Carlisle United Chairman regarding this topic.

They were further motivated to continue their good work and make their club a role model both on and off the pitch.

THE NEW WAY OF LIFE

Forest Green Rovers now backed by Dale Vince decided to be true to its name. Vince’s ideology echoed through the club as they began making wholesale changes to their stadium and training facilities.

Firstly, solar panels were installed in every corner possible to maximise renewable energy production. Now, the entire New Lawn stadium is powered by Solar Energy. The club promotes the use of Electric vehicles and installed electric car charging points to encourage its fans. As part of a “Monster Project”, an Electric Bus is in the works for the first team.

Then, a complete organic pitch is manufactured and laid at the stadium. According to Vince, “The grass of our pitch is organic, it’s free from pesticides and weed killers and we collect rainwater to irrigate the pitch rather than using mains water.” 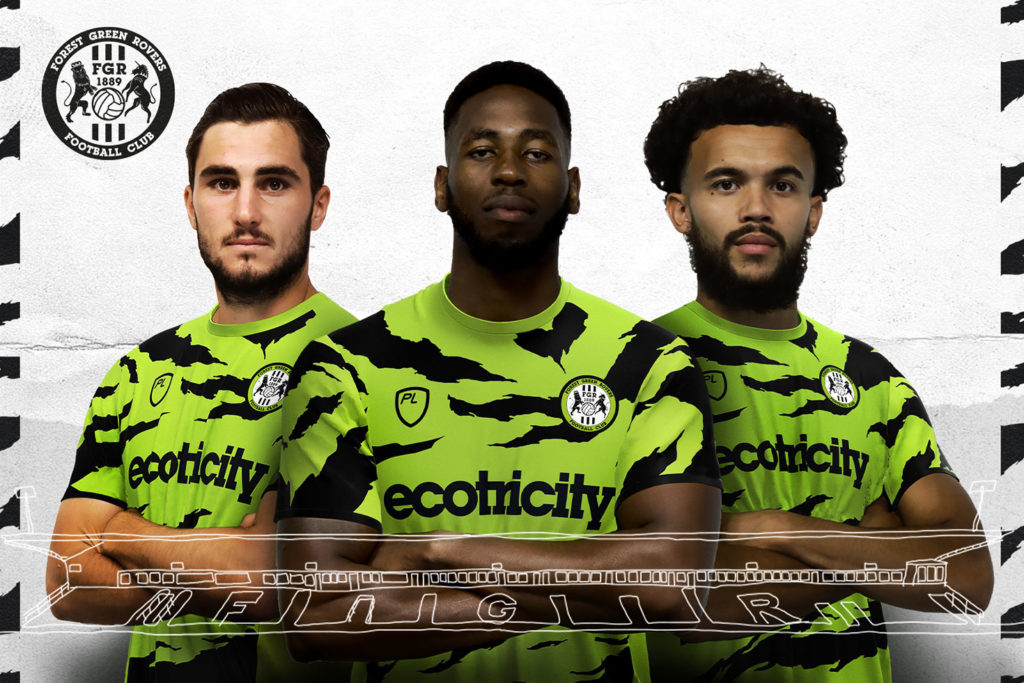 The pitch is mowed by the first solar-powered robotic lawn mower to be used in England. The ‘mow bot’ uses GPS technology to automatically guide it around the pitch without human intervention. Local farmers use the grass cuttings from the stadium to condition their soil.

The most visible green thing to the external world is the kits used by the Rovers. The stripes were made of plastic which concerned Vince. They first used bamboo to design their kits. But the hunger to find new greener alternatives took them to coffee beans.

Now their shirt is a combination of Bamboo, Coffee bean waste and five plastic bottles. Scientific researches found that the shirts are now lighter and are more breathable by the players. Maybe this played a key role in the team having a rapid start to the new season.

An excellent performance on the road as Jamille Matt and Nicky Cadden secure the points.#WeAreFGR 💚

Forest Green Rovers aren’t just known for their off the fieldwork. They made rapids strides in the previous decade to enter the Football League. This season, they sit on top of the League Two table and are prime contenders for promotion to League One.

The club has achieved brilliant results off the field and they were rightly recognised. The United Nations has recognised Forest Green Rovers as the world’s first carbon-neutral football club and it was described by FIFA as the “greenest team in the world”.

Vince though has a dream project. He says, “Our next step is to build the 5,000-capacity Eco Park, made entirely from wood which will be the greenest football stadium with the lowest carbon footprint in the world.

It’s not just a football stadium and training ground but a 100-acre sustainable development project which will include a green tech business park, a new wetland restoration of a canal and parkland containing 500 trees and 1.8km of hedgerows.” 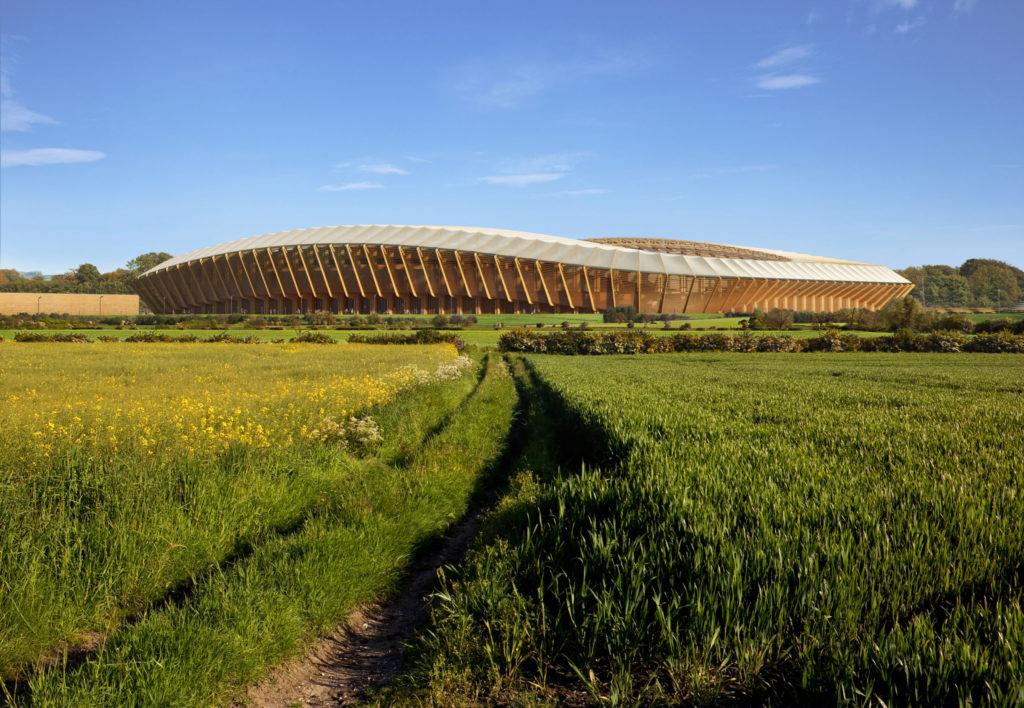 The club apart from going green always thinks a lot about giving it back to the community. They thrive on the PR received and would love to reach out to as many people as they could to pass their message on.

They believe that educating tough football fans can let them achieve sustainable living from all walks of life. The team also runs a free educational programme for schools and the local community called Fit2Last.

Through all these steps, the club have become an example for others to follow. It should be appreciated that many players and clubs are taking this initiative. Tottenham partnered for the world’s first major net-zero carbon football game against Chelsea.

If Forest Green Rovers could make their way into the top leagues, their inspirational tale would be heard throughout the footballing world. It could lead to revolutionary changes as the beautiful game tries to make the planet a beautiful place for us and our future generations.

For now, we thank Dale Vince the champion of change towards a cleaner and greener game at Forest Green Rovers.