HUNGARY IN THE EYE OF A RAINBOW STORM: WHY DID THE GERMANY MATCH BREW SO MUCH TROUBLE AT EURO 2020

Over the past week at Euro 2020, Hungary have found themselves in many headlines – both negative and positive. Their two draws against France and Germany showed that they are moving towards becoming the footballing powerhouse they once were. However, the Hungarian government’s actions off the field, enacting a homophobic law, have painted the national football team in a anegative light.

Sport, and football in particular, has been a source of soft power- oft used to make political statements. UEFA claims to have an apolitical stance but their actions recently have made it clear that their only interest is to uphold the status quo.

WHAT IS HUNGARY’S NEW HOMOPHOBIC LAW

Earlier this month, the Viktor Orban-led government passed a law limiting the visibility and rights of the LGBTQ+ community. Under the new law, communication to people under the age of 18 regarding content that is seen as promoting homosexuality and sex change is prohibited.

"We are a community of values, these values bind us all."https://t.co/Kfmo34J65d

This law extends to companies and content creators who cannot portray LGBTQ+ relations in advertisements, shows and other media. Further, only people and institutions who are officially registered can give sex-ed classes in school. The registration will expectedly limit or perhaps altogether remove educators who provide information regarding homosecuality and healthy sexual practices around it.

“There are contents which children under a certain age can misunderstand and which may have a detrimental effect on their development at the given age, or which children simply cannot process, and which could therefore confuse their developing moral values or their image of themselves or the world”

~ A spokesperson from the Hungarian government

Visibility and representation are one of the primary factors that make young people from the community feel comfortable with their identity and this law reduces that to a large extent. It curbs LGBTQ+ rights by portraying it as a decision rather than an inherent identity. Further, a series of amendments have been tacked on to a bill targeted towards child abuse, a subtle (false) implication that people from the community are more likely to commit child abuse.

WHERE DOES FOOTBALL COME IN

On 23 June, Hungary played Germany at the Allianz Arena in Munich. In the buildup to the match, Germany captain wore a different rainbow-coloured armband in their match against Portugal. Munich authorities also requested permission from UEFA to light up the stadium in rainbow colours from the outside.

These are all standard things – most clubs and brands do so in June which is the month of pride for the community. However, UEFA initially started an investigation into Neuer’s armband and denied permission for lighting up Allianz Arena. Their justification? These are political statements.

The federation claimed that these were political moves designed to incite a reaction from Orban who was expected to be present in Munich for the match on the 23rd. UEFA’s implicit (read:explicit) support to Orban’s right-wing homophobic brand of politics is of course allowed.

WHAT HAS THE CONSEQUENCE BEEN

The public, and the footballing world, has continued to outrage over the law passed by the Hungarian government. Following the denial of permission to the stadium, fans planned large-scale waving of rainbow flags which forced Orban to cancel his visit to the match. One fan even invaded the pitch during the national anthem with a pro-LGBTQ+ message and was met with applause.

Amnesty activists are bringing #Pride to the Germany vs Hungary #Euro2021 match.

We are providing 11,000 🌈flags for football fans on the sidelines as a reminder that love ALWAYS wins. pic.twitter.com/O7rPk2NSbv

Neuer wore his armband not only on the pitch but also in the post-match press conference, and repeatedly kept touching his face to make sure it was visible. Leon Goretzka who got the late equaliser for Germany celebrated by putting his hands in a heart as a show of support to the community. 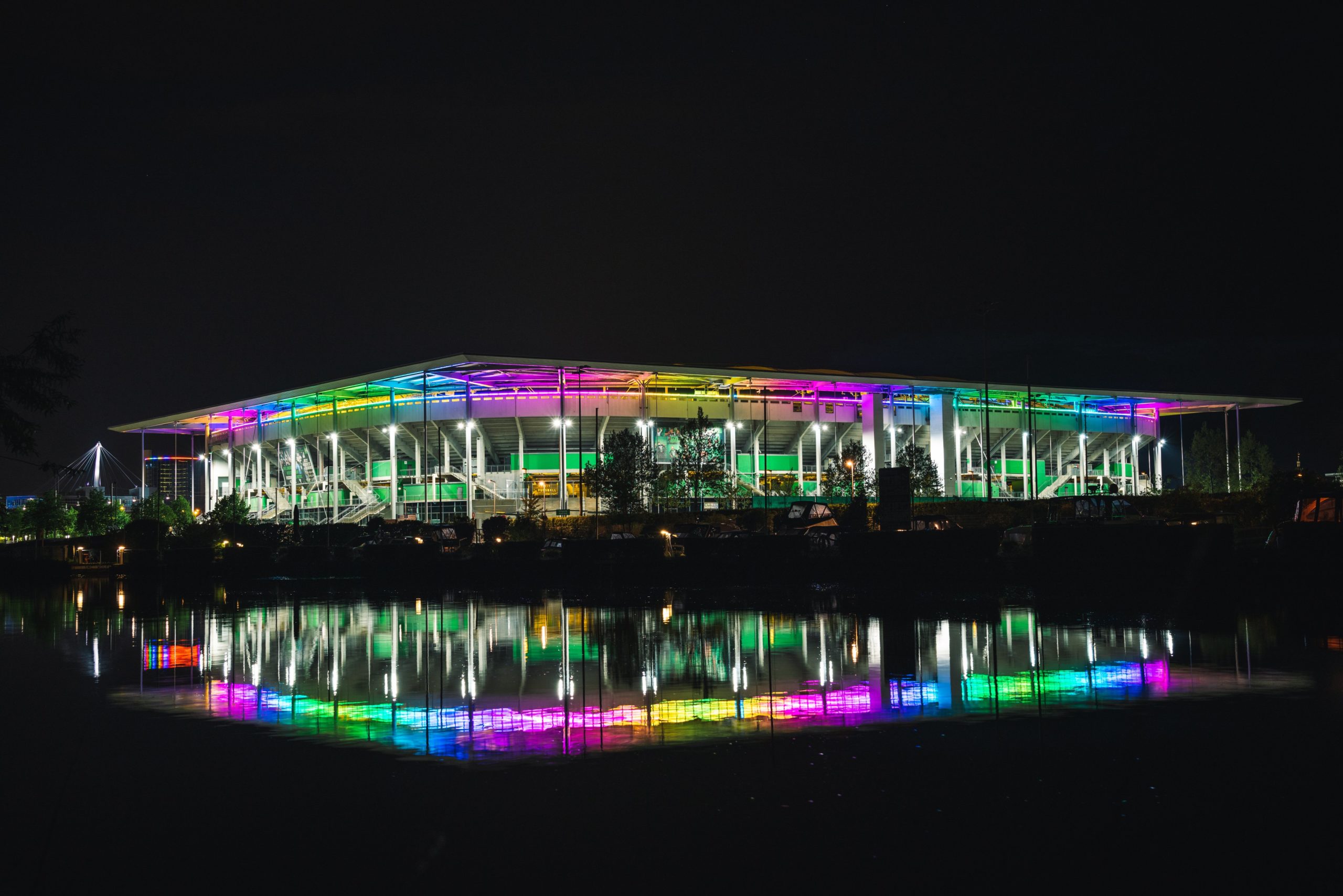 Moreover, support poured in from across German football. Several Bundesliga stadiums lit up their own grounds in rainbow colours to protest against UEFA’s decision and Hungary’s law.

WHAT SHOULD UEFA AND HUNGARY DO

UEFA should primarily recognise that their stance of being apolitical is inherently unfeasible. Sport is political in nature and football, given its widespread popularity, even more so. To claim to do nothing on account of remaining neutral is to promote what already dominates – a dangerous precedent to set in times of increasing authoritarianism.

Hungary’s national team too has failed to distance itself from the politics around this law. They have not come out with any statement either for or against it. Further, they enjoy the support of the Carpathian brigade – often dressed in black tshirts who are neo-Nazis in nature and have a history of racism and anti-semtisim. To practice neutrality in such an atmosphere is to tie a blindfold around your own eyes.

A reminder that the Carpathian Brigade – the #HUN ultras group dressed in black tops behind the goal regularly praised by casual observers for their atmosphere – have a history of racist chanting against black, Gypsy and Jewish communities and regularly display the Nazi salute.

Hungary’s Euro campaign might be over but the football team still has a responsibility to be role models and there is still time to correct their stance. A pro-LGBTQ+ statement from the team could go a long way in reforming the increasing homophobic culture in Hungary. Whether or not they will do it or will UEFA even allow it, is another question altogether.