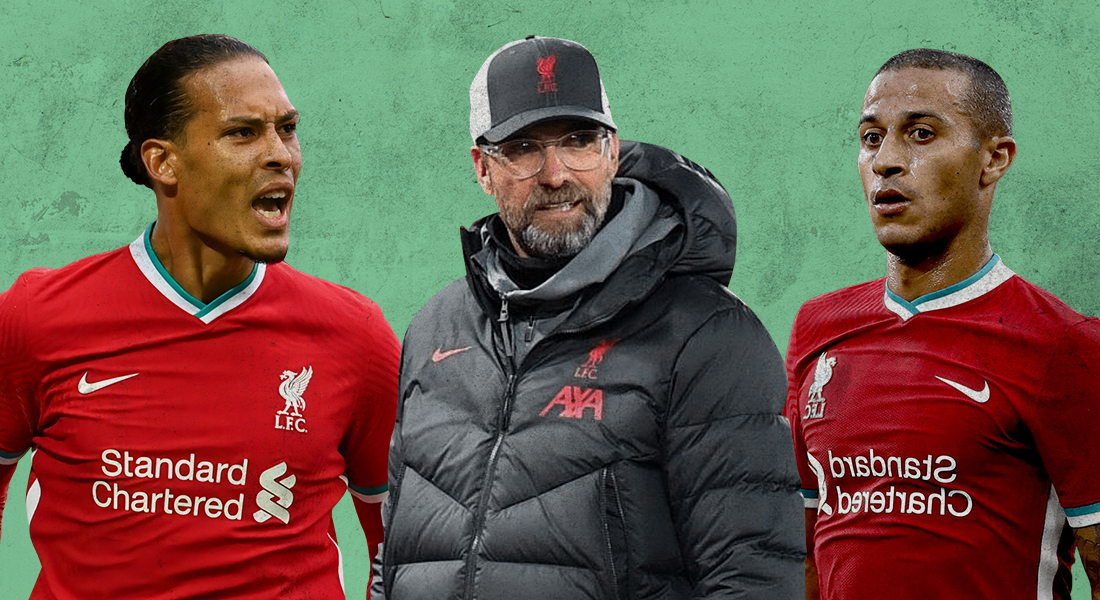 Although Jurgen Klopp claimed so, the world of football does not consider him to be. Au contraire, the Big German is nothing shy of extraordinary. His presence in the Premier League has brought a new dimension to both playing style and man-management. The only thing normal about Klopp might be his appetite to moan. This season specially as his team struggles Jurgen Klopp has found excuses to escape tough questions.

Jurgen Klopp has been branded as a jovial person, one which both players, fans and even the media adore. His presence is warm and welcoming as long as things are going well. However, Klopp also has a reputation of being not able to take a defeat. Often teased by rival fans and pundits for his absolute nonsensical responses to defeats.

His hare-brained reactions post matches when questioned on the poor performances of his team often becomes the target of media headlines. Avoiding all tactical and individual errors Klopp often chooses to blame things that are out of his control. Sometimes the wind, sometimes the snow! His rants have even earned him a thread on twitter!

Something as trivial as the weather has often been the reason for Liverpool’s poor performance. Never knew the weather only worked for one team! The wind is heavy, it slowed the game. The wind did not favour us.

It was snowing. The team with the ball for more than 60 to 70 per cent of the game should have the upper hand, but, it can’t be so if the snow prevented the ball from moving. Sometimes Jurgen’s F1 car forgets to change the tyre according to the weather. Klopp uses these excuses to comical effect we must say.

The media does Jurgen no favours either! His satirical responses are almost craved for. The pattern that Jurgen follows is predictable enough that the media is almost always ready to pounce on to his mistakes. Questions on the weather and pitch conditions are a given whenever the Reds are on the receiving end.

The German rarely gives his players away and hence is adamant about blaming everyone but them. On rare occasions when he does accept defeat, he is once again criticized for accepting the defeat. The Anfield boss is in a no-win situation irrespective of his response. A fate that he brought upon himself.

The Liverpool boss also came under the spotlight (for the wrong reasons of course) when an argument between him and BT Sport reporter Des Kelly broke out after Liverpool’s draw against Brighton, earlier this season.

The pandemic has only given Klopp one more reason to make excuses about. It is clear that the virus isn’t helping anyone, yet, the boss claims otherwise? The Manchester City game was sparked with controversy when the German pointed out that his Spanish compatriot had the leeway of extra preparation due to covid. Uncharacteristic words from the Liverpool Manager. The response was paid in full during the game. Maybe one Klopp would like to forget as it was such a terrible excuse, probably the worst of his excuses.

The boss receives so much love from his players and that it is visible in the interactions and synergy in the team. Much like the manager, the team is vibrant and pumped with energy. Heavy metal football never had a better flagbearer. The love for the manager comes as a no brainer. Klopp will go tooth and nail to protect his players. During the notable dip in Bobby Firmino’s form, Klopp reassured the fans that his number nine is nothing short of brilliant, a crucial pawn in Liverpool’s machine. Bobby was never faulted by his manager and seemed to be getting reassuring trust despite his lack of flair.

Similarly, when another Brazilian between the stick made costly errors against both Leicester and Machester City, errors that cost the team dearly, Klopp waved them off as a case of “cold feet”. For most of the city game, Allison seemed more like the old Karius than he did like himself. Passing the ball to opposition players and unable to recognize danger.

His uncustomary decision making and positioning bring out a doubt to his fame as one of the best goalkeepers in the game. On his best day, Allison seems to breeze through the game, rarely needing to rely on his reflexes, using his brain to read the situation beforehand.

Klopp, instead of being critical, chose to side with his player once again. Praising Allison for his past exploits that saved the team on numerous occasions. Maybe, a little criticism in the public domain may just do his players some good than harm?

Has there been any effect? Thiago’s presence on the field does look fascinating. Yet, it also seems like he isn’t doing much either. Claims of slowing the game and Thiago’s oddity from the squad is absolute sh**housery. Stats suggest that Thiago has been one of Liverpool’s most efficient midfielders.

The problem though lies in his position. With Fabinho and Henderson pushed to defence, the midfield lacks in energy and dynamism. Thiago no longer can exert the control he was brought in to do so. Recent performances with the introduction of a new defensive pair and Fabinho back in his favoured Midfield role has backed this notion!

So why didn’t Klopp just do this from scratch? Splashing the January market for defenders only to not use them seems bizarre. His constant complaints of fixture congestion and team fatigue seem contradictory when he chooses to field the same eleven over and over.

THE MAN WITH A PLAN?

Klopp’s methods resonate with those of the great Sir Alex Ferguson. Taking the blame to protect his players. Giving the media something to eat while he finds a solution. A mastermind at political influence and man-management. It does seem over the top at times, but Champions League and Premier League laurels do not come everyone’s way.