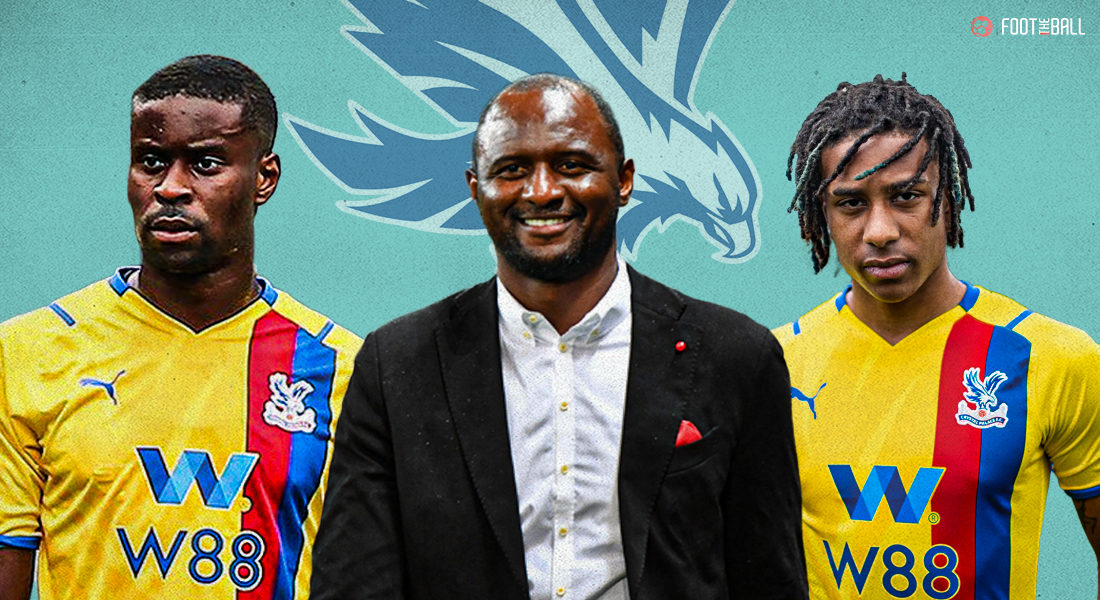 EXPLAINED: PATRICK VIEIRA AND HIS YOUTH REVOLUTION AT CRYSTAL PALACE

As a student of perhaps one of the greatest managers in the history of association football, Arsene Wenger, Patrick Vieira is bound to have his teacher’s ideologies imprinted in his brains.

With that fans of Crystal Palace and Vieira’s new club, will hope that their new head-coach follows the lead of former Arsenal manager in regards to the play style and tactics.

The three-time Premier League winner had joined the Eagles after the departure of Roy Hodgson, who had bought in a sense of stability after the debacle that Frank de Boer had at the start of the 2017-18 season.

Having played under the tutelage of Arsene Wenger and having been influenced by the way Manchester City play their football during his time as the manager of the club’s reserve team and subsequently his first job being at the City Football Group’s New York City FC.

Vieira’s teams often play possession-based football and the 45-year-old tends to push younger players into senior football quicker than the other managers, as seen during his time in New York and his second job at Nice, where he led the club to a fifth-place finish in just his second season. 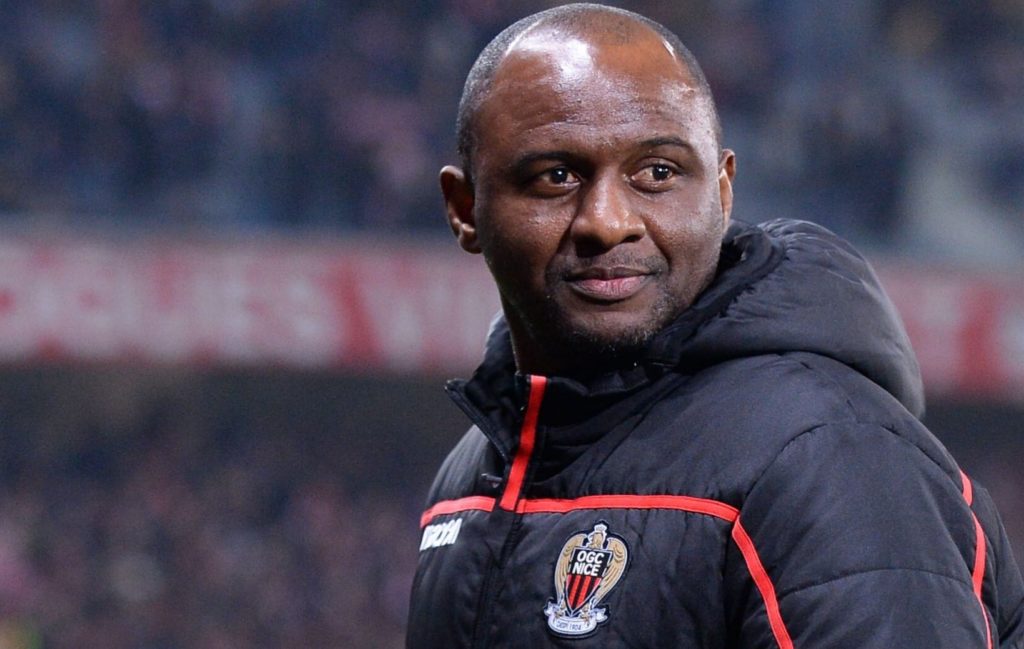 And he will want to repeat the same with Crystal Palace, not a fifth-place finish, but to lay down his spot of a top-half manager in what is, arguably the world’s toughest league. However, it is a baptism of fire for the Frenchman as he takes over the Eagles during a tricky transition period in which as many as eleven senior players are out of contract at present.

Also with the club having released a total of 22 players at the end of June, Vieira will have a job on his hands to bring out the best in the players that are left at the club, especially the youngsters and new signings Marc Guehi and Michael Olise.

The additions of the 21-year-old Guehi and 19-year-old Olise into the squad after playing Championship football last season not only indicates the talent of the players but also the trust Vieira has in these youngsters and the trust he has in himself that he can develop young talent into world-beaters.

In addition to these, Vieira also has other players such as Eberechi Eze, on-loan striker Jean-Philippe Mateta and left-back Tyrick Mitchell, who have all displayed their talent during Hodgson’s final season and will now have important roles under the new manager, given the shortage of players at his helm. Eze will be quite a weapon in Vieira’s arsenal after his return from injury in early 2022. (Image Courtesy: Premier League / Website)

Joachim Andersen and Alassane Plea are reportedly being eyed by the Crystal Palace management as their next signings, with the deal for the services for former Fulham defender in advanced stages, but the biggest signing for Vieira this season will be that of Saïd Aigoun as a part of his coaching staff going into the upcoming season.

Paperworks to be signed soon. https://t.co/WD11LtUsao

The 37-year-old French coach, who started off doing his badges at the age of 16, has built a reputation of being one of the best young coaches in France and has worked with the likes of Kingsley Coman, Christopher Nkunku, and Presnel Kimpembe during his time at Paris Saint-Germain as their under-17’s coach.

After leaving PSG, due to the lack of first-team opportunities for the youth players of the Parisiens’ academy, Aigoun had joined Vieira last season and discussed how they could join together as their ideologies had matched quickly regarding the promotion of younger players into the senior squad.

After his appointment as the development coach of the Eagles, he said:

“We need to continue that work with the young players who join us and who will have different needs to the senior players in the squad. It is a role that is close to my heart in view of my career and which is very important for Patrick Vieira, who has proved everywhere he has been that he is capable of launching young players and making them play well.”

But fans must be aware that the club is going through a crucial period and will enter into a new chapter when Vieira takes charge of their first game on the 14th of August, exactly 25 years to the day since the former midfielder signed for Arsenal, against Chelsea at Stamford Bridge. It will certainly be a new look Crystal Palace side when the two London clubs meet, and it won’t be certain that the Eagles will turn as to how Leicester did in 2015-16.

Vieira is only the third foreign manager that Crystal Palace have appointed after Attilio Lombardo in 1998 and Frank de Boer in 2017, and both of them had managed a combined total of 12 games and lost nine of those. The club enters into a world of the unknown with Vieira at the helm, and the Frenchman himself will want to break the club’s curse and also remove the shadows cast over his managerial prowess by doing wonders at the club, that too with a bunch of talented youngsters at his disposal.

Arsene Wenger had once said his former student can go on to manage Arsenal in the future, but can he really do that?

Only his time, at the Selhurst Park club right now, will tell. 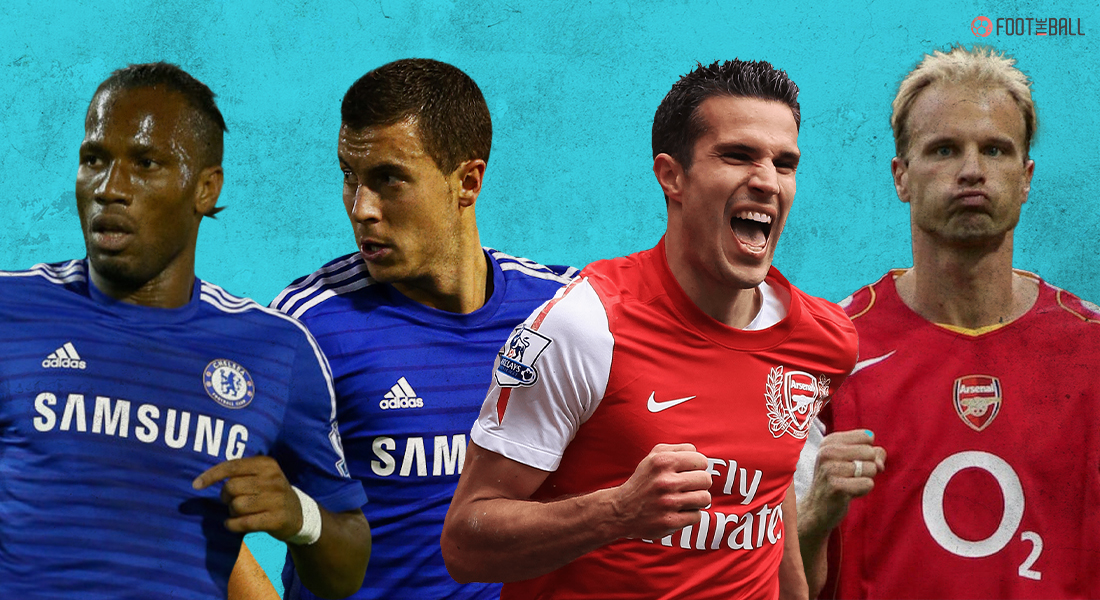