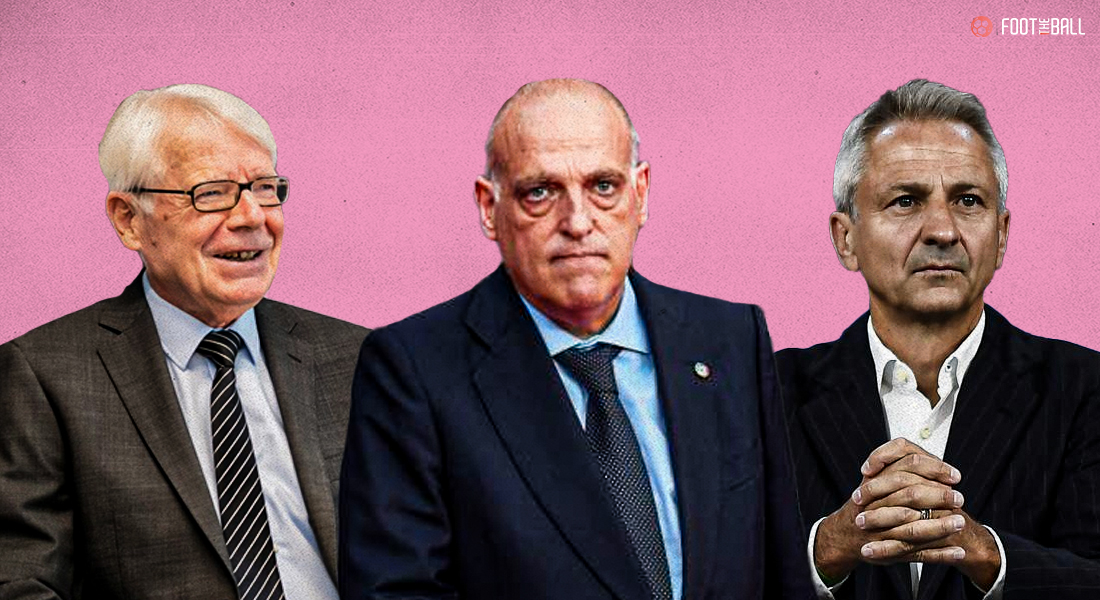 Barcelona have been hampered by financial mismanagement for a while now. Joan Laporta and the board are struggling to cover up the misdeeds of the previous regime. In fact, they are having to find innovative ways in order to sign players and remain competitive.

This is because La Liga has very strict financial rules on how much a club can spend in any given season. Moreover, the regulations of a club’s entire budget and operating income also determines their spending limit.

The mismanagement has also been criticized by former Barcelona Presidential candidate Victor Font: What did he say?

What are spending caps?

Spending caps are a form of financial control that is currently used by Spain’s La Liga to forbid clubs from spending extravagant amounts of money that would lead to unsustainable levels of investment in transfer fees and wages.

Barcelona’s financial troubles are well-documented in sports media and the spending caps in La Liga do not help the Catalans at all. The Spanish club struggle to register new players unless they generate more revenue or make more savings.

This conundrum led to the limbo state of Messi’s contract and almost prevented the Blaugrana from registering the likes of Sergio Aguero and Memphis Depay in 2021. Messi eventually left, which freed up some money. However, other senior players also had to take paycuts, in order for new signings to come.

Incase you missed it – Inside scoop of Gerard Pique’s off-the-pitch football life.

The most notable example of the application of La Liga’s spending caps has been the case of Barcelona. The Catalan club were unable to register players before they make amends for the enormous losses they have incurred during the Bartomeu era.

Joan Laporta and company are in a situation where their wallet has effectively been confiscated by La Liga authorities in accordance with the system of spending caps. They are having to find creative ways in which to add new players, and even convince the present ones to decrease their respective salaries.

The Catalan club responded by either selling or loaning players to other clubs in Europe, including Francisco Trincao’s loan move to Wolves and Junior Firpo’s sale to Leeds United to recoup their losses.

But, it was not enough as the club’s wage bill currently disallows them to spend even a meagre amount on transfers. That is why all their signings have been free transfers to prevent paying transfer fees that would add to their troubles.

The main problem with Barcelona is that the players was their deadwood players, who were eating up huge portions of the salary. The Catalans have made some progress in removing them. Philippe Coutinho was sold to Aston Villa. Clement Lenglet is nearing a loan move to Spurs. AC Monza are interested in Oscar Mingueza. Dani Alves has left.

Sergio Aguero and Memphis Depay agreed to take pay cuts in order to play for Barcelona. Aguero’s early retirement freed up some room, and Adama Traore joined on loan in January 2022 on low wages. It is very likely that Ferran Torres and Eric Garcia have also taken significant wage cuts.

Moreover, there is no doubt that Franck Kessie and Andreas Christensen are also joining on reduced wages.

Spending cap and economic control in other leagues

Currently, other top 5 leagues in Europe do not follow the strict and stringent measures that are in force in La Liga. The Premier League, however, has its own form of financial control – dubbed the ‘Profitability and Sustainability’ rules.

Under this system, clubs are allowed the leeway to incur a maximum loss of £15 million before tax over a rolling three-year timespan. But, certain costs are left out of the equation (academy, community, women’s team and infrastructure) along with owners being granted the option of contributing a further £90 million by issuing shares over the same three-year period.

Regardless of whether the rules are being changed or not, clubs employ lawyers and accountants who are adept at finding loopholes irrespective of a forward-looking or backwards-looking financial fair play system.

Therefore, to change the rules in the Premier League an independent regulator is a must and they should be expecting to smooth out the demerits and loopholes in the financial fair play system as and when they arise.