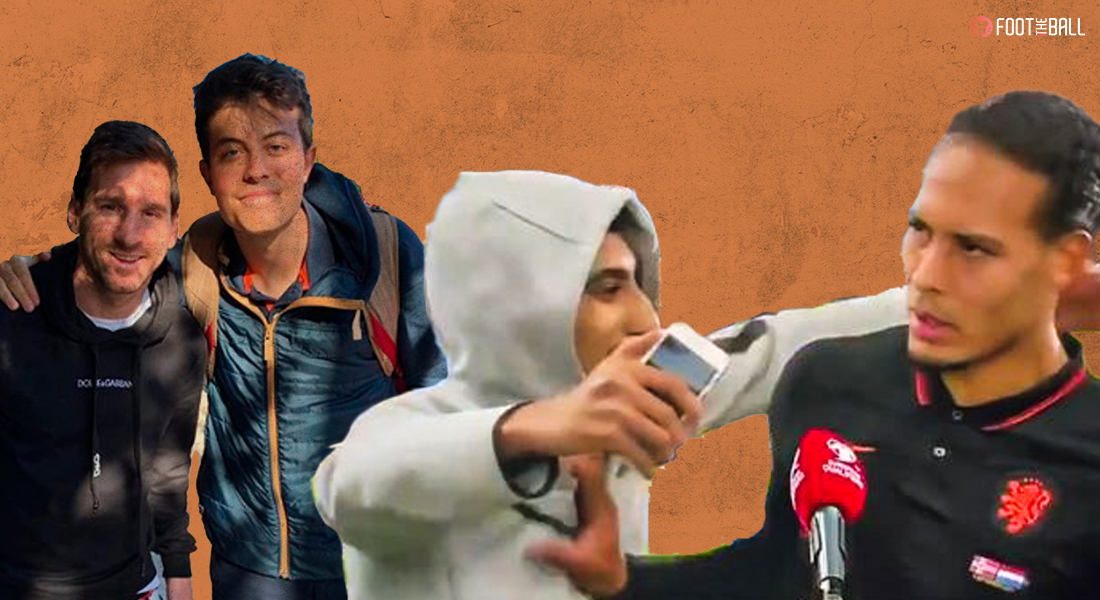 SHOULD "NICE GUYS" FOOTBALLERS ENGAGE THE PITCH INVADERS OR ACT IN THEIR OWN INTERESTS DURING THESE TOUGH TIMES?

Football matches are said to have the best security measures of any sports in the world. The fans show respect for the players and won’t interfere with them. Though invasions do happen, they happen in the most harmless of ways. The invasions are brief in nature and won’t hamper the player or the game’s rhythm. But in the time of the pandemic, pitch invaders are becoming a huge problem showcasing security lapses in the game. Hence dealing with pitch invaders becomes a moral obligation for the players. 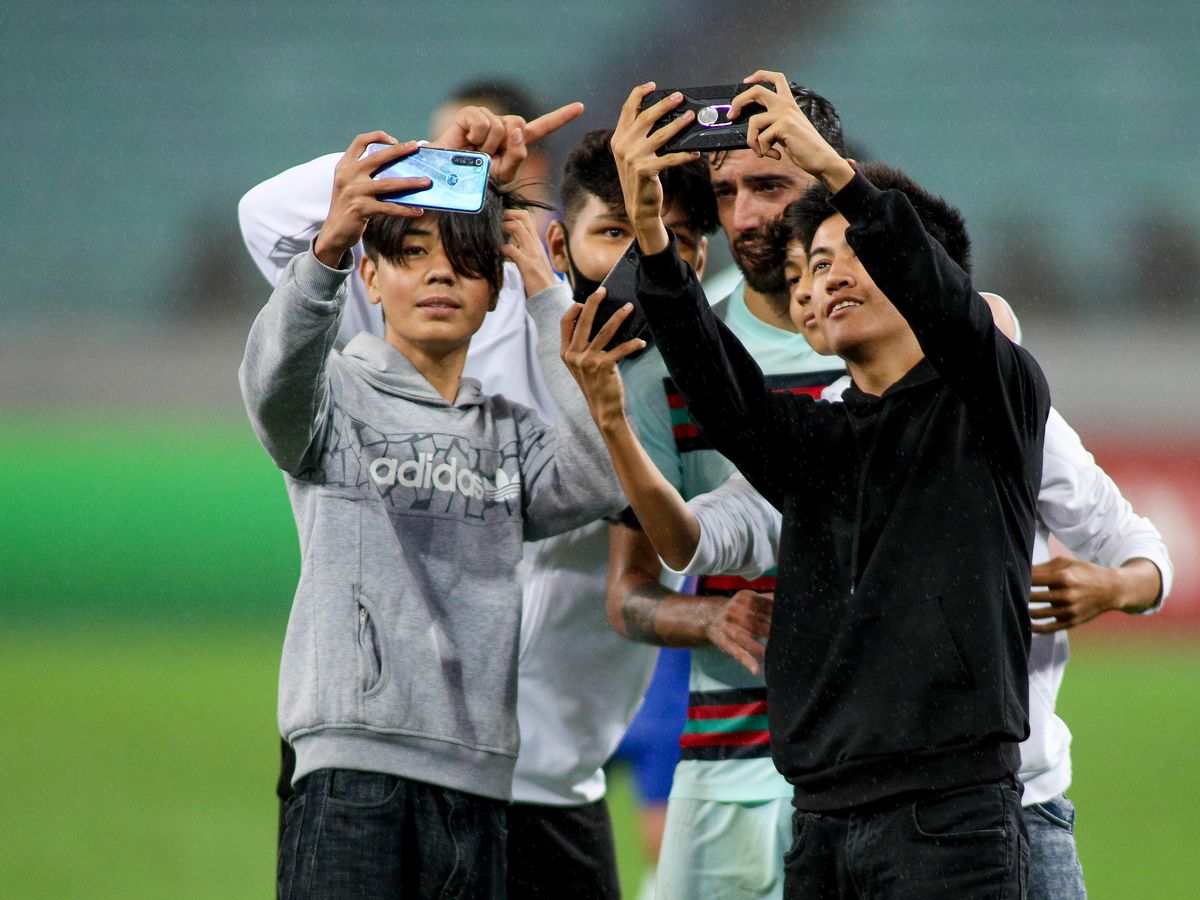 Fans are always within touching distance of players on any football ground. We have seen how passionately players celebrate with the fans after scoring last-minute winners. Similarly, fans get an adrenaline rush as they try to storm onto the pitch to catch a glimpse of their favourite player. The modern age invasions are of fans trying to get a selfie with the players or just strolling on the pitch for advertising. Remember the 2019 Champions League final?

Football players are usually kind-hearted and never turn away an approaching fan. They embrace the fans filling their hearts with joy and memories for a lifetime. But due to the recent conditions, the reception is changing and players are moving away from the “nice guys” tag.

International breaks in the time of pandemic caused a lot of furore. With players having to shift between different countries and bubbles, it becomes a nightmare. Amidst the receding pandemic, the stadiums were open and fans were flocking the stadiums after a long time again.

The Netherlands shared points with Norway in the recent World Cup qualifying match. Liverpool talisman Virgil van Dijk was in the middle of the interview when a fan barged in to click a picture with him. The Liverpool defender shoved him away from the screen to finish the interview. The fan’s face shifted from joy to dejection in a matter of seconds.

The Dutch team faced another similar episode in their clash against Montenegro. In the 89th minute, a young fan jumped over the rails and made his way to the centre of the pitch to click a picture with Barcelona star Memphis Depay. The invader inspired others to jump over the rails as stewards acted on time to prevent further mishaps.

Manchester United midfield maestro Bruno Fernandes was mobbed by four fans in a World Cup qualifier against Azerbaijan. Bruno was puzzled as to what was going on the pitch as stewards failed to grab a hold of the pitch invaders. Bruno hesitatingly posed for pictures with the fans hoping for them to be cleared soon.

More footage of the kid who ran on the field and hugged Messi after the match last night.

Another incident was seen in South America when Argentina visited Venezuela. Lionel Messi was in town and who wouldn’t be excited. The lucky few thousands made their way to catch a glimpse of the PSG forward. As the full-time whistle was blown, an enthusiastic kid ran went scrambling to Lionel Messi. The legendary Argentine knew what it meant to the kid and embraced him with all his warmth. The gesture moved a lot of fans in the stadium and globally as well, thanks to social media.

Pitch invasions means only one thing, a clear failure of security systems. Stewards have only one job and that is to prevent any intrusions. The relative ease with which the intrusions were happening led to doubts about the security offered at football matches.

Besides, these are testing times for everyone. Especially, footballers are juggling with so many aspects. International football sees them juggle multiple covid protocols and quarantine restrictions. The players stay in bubbles to stay infection free and perform their best on the pitch. They don’t take any risk while it comes to interactions and parties. A pitch invader eventually brings risk in the middle of a pandemic.

The young fan who ran onto the pitch to take a selfie with Memphis Depay has been given a 5-year stadium ban.

He said it was worth it 📸 pic.twitter.com/8f2OYBYJiD

When Virgil van Dijk shoved the fan away, juries were out on his act. Few people agreed with his act while few felt he was cold with his behaviour. But taking Van Dijk’s perspective into account, he was recovering from a long term injury and was getting back to his best. An unwanted interaction would always come at a cost and he wasn’t ready to pay it. Though it was harsh on the fan, it was well within van Dijk’s rights to act in that manner during the pandemic. Had it been a normal occasion, the man-mountain would’ve easily acknowledged the fans request.

The Dutch FA too acted strictly against a pitch invader who stormed towards Memphis Depay. They imposed a five-year ban and also levied a fine of €300 which was later cut to €86. They could’ve taken better security measures to avoid this, but they made sure that such incidents wouldn’t occur again.

Lionel Messi meanwhile showed no hesitations when he hugged the fan. Footballers usually receive the fans gently. In a normal world, Cristiano Ronaldo asked the security to be gentle with the invader after clicking pictures with him. The stars are soft on the inside and know its fans who back them through thick and thin. If the circumstances are right, they would go to any lengths to keep them happy. But in difficult times and a pandemic still flickering it is up to the fans to respect the players and not be those pesky pitch invaders.