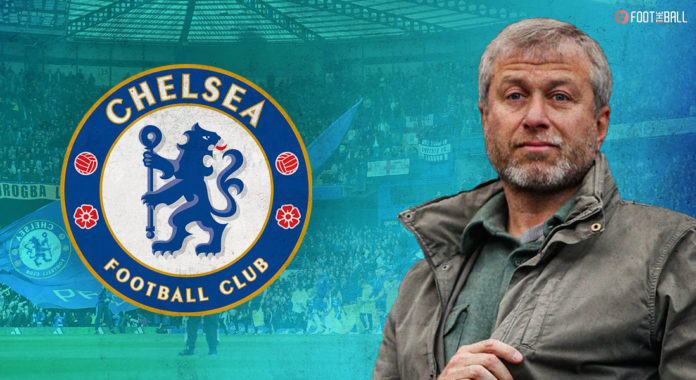 Roman Abramovich sent shockwaves around the world of football by announcing he was handing the ‘stewardship and care of Chelsea FC’ to the trustees of the club’s charitable foundation.

Abramovich’s move could attract interest in the club from potential bidders, although Chelsea are insistent the club is not for sale. There is no suggestion Abramovich will call in the £1.5bn worth of loans he has made to the club.

In 2018 Abramovich withdrew his application for a new UK investor visa, amid worsening links between the UK and Russia. Abramovich has an Israeli passport and has since travelled to the UK using that. He also took up Portuguese citizenship in December.

In November 2021 he attended his first Chelsea match at Stamford Bridge in more than three years and he has continued to give the club huge financial backing. Chelsea won the Champions League last season and collected the 21st trophy of the Abramovich era with the Club World Cup this month.

Amid fears the billionaire could face stringent sanctions from the Government, the surprising move is an attempt to protect Chelsea from continued links to the wider situation of Russia’s war with Ukraine.

The statement published on the club’s official website read as:

“During my nearly 20-year ownership of Chelsea FC, I have always viewed my role as a custodian of the Club, whose job it is ensuring that we are as successful as we can be today, as well as build for the future, while also playing a positive role in our communities. I have always taken decisions with the Club’s best interest at heart. I remain committed to these values. That is why I am today giving trustees of Chelsea’s charitable Foundation the stewardship and care of Chelsea FC.

I believe that currently, they are in the best position to look after the interests of the Club, players, staff, and fans.”

Ready for another final! 👊#CarabaoCupFinal

What does this statement actually mean?

The words Roman Abramovich has used are not ones someone would normally use from a legal perspective.

He has said he is handing across control to the club’s charitable foundation so he will no longer be the person making the final decisions in regards to the transfer budget, the manager and other key elements of the club.

He does own the club. Chelsea FC is owned by a company called Fordstam, and Fordstam has borrowed £1.5bn from a company called Camberley International, which is based in the British Virgin Islands, and that company is controlled by Roman Abramovich, so it is already a fairly convoluted structure.

How the Chelsea Foundation will be funded, nobody is certain.

Club statement on the conflict in Ukraine.

Although Abramovich will be concerned – if the UK government tries to seize his assets then those assets would include Chelsea Football Club and that could have implications if this conflict drags on for a long period of time in terms of how the club would be funded.

Clearly, there would be a reluctance for it to be funded by the taxpayer.

By transferring it to the foundation, which is a charitable arm and he is not one of the trustees – although some people with long business connections are on the foundation – his legal team would be able to say Chelsea could not be seized by the government.

Abramovich made that move to «protect» Chelsea as club, including board and players. pic.twitter.com/KD84W5gnNp

Roman Abramovich has passed the stewardship of Chelsea to the trustees of the club’s charitable foundation. The Russian, who bought the club in 2003, remains the owner but has relinquished the running of Chelsea after a call in parliament for him to be sanctioned following the invasion of Ukraine.

The Chelsea Supporters’ Trust said it was seeking “urgent clarification” over what Abramovich’s statement means for the running of the club and was ready to work with the trustees. “We stand with the people of Ukraine,” it said.

Foreign Secretary Liz Truss has compiled a hit list of Russian oligarchs but doesn't confirm if Chelsea owner Roman Abramovich is on the list. pic.twitter.com/aDNIUmZZOV

The Russian has a reputation — unfairly in his view — as being a close associate of Putin. The British Government has blacklisted a number of Putin allies, making them subject to sanctions and asset freezing. For now, those do not include Abramovich, although Whitehall sources say this is subject to constant review.

Abramovich’s statement has been criticised by Sky Sports pundit Micah Richards with the former England defender asking: “There’s so many questions which need to be asked, and to come out with a statement just like that; what does it even mean?

“If you read it, it reads like it’s written in a code – we don’t exactly want to tell you what’s happening, but here you go, read this, pick the bones out of it and see exactly what it means. “I think it’s poor.”

It is understood Abramovich will no longer be involved in club matters on a day-to-day basis and all long-term strategic decision-making powers are being handed over to the Chelsea Foundation.

But Abramovich will remain Chelsea owner and the Russian billionaire, who has invested over £1billion into the Stamford Bridge club since purchasing it in 2003, will not be asking the club to repay the loans it owes him – meaning the long-term future of the club remains secure.

Chelsea’s charitable foundation is headed by Bruce Buck, the club’s chairman. The other trustees are Emma Hayes, the Chelsea Women’s manager; Piara Powar, the executive director of the anti-racism organisation Fare; Paul Ramos, Chelsea’s director of finance; the sports lawyer John Devine; Sebastian Coe, the president of World Athletics; and Hugh Robertson, the chairman of the British Olympic Association and a former MP and sports minister.

Football decisions, including transfers, contracts and the future of the manager, Thomas Tuchel, will be the responsibility of the director Marina Granovskaia and the technical and performance director, Petr Cech. They are already heavily influential in running the club and in practical terms little will change for now on a day-to-day basis. It is not known what the impact on Chelsea would be were Abramovich to be sanctioned.

Our owner Roman Abramovich has won everything at Chelsea. pic.twitter.com/odkX4X8ihH

Way ahead for Chelsea and Abramovich

Abramovich, provided he is not sanctioned, can continue to fund the club but the focus on him has provoked this move on the eve of Chelsea’s Carabao Cup final against Liverpool. Abramovich has vehemently disputed reports suggesting his alleged closeness to Vladimir Putin and Russia or that he has done anything to merit sanctions being imposed against him.

Tuchel admitted before the Carabao Cup final vs Liverpool, that he and Chelsea’s players were worried and distracted by the “uncertainty” created by Abramovich being named in parliament. “We are aware of it and it’s distracting us, it’s worrying us,” he said. “To a certain degree, I can understand the opinions and the critical opinions towards the club, towards us who represent that club. I can understand that and we cannot fully free ourselves from it.”

Tuchel added that Russia’s invasion of Ukraine had diminished his enthusiasm for the Wembley showpiece significantly. “Football can clearly lift the mood but still it maybe comes a little bit with a bad conscience on Sunday,” the German said. “Are we allowed to fully engage and fully celebrate? Is this inappropriate? I have to say, this is how I feel about it because it is so new and so fresh. So it is a bit of a mixed feeling.”

It is also understood that Abramovich remains adamant that Chelsea is not for sale. But there are now questions about his long-term future at the club. Under his ownership, Chelsea have won five Premier League titles and FA Cups, in addition to the Champions League on two occasions.

Nothing will change in terms of the daily workings of Chelsea as a result of the statement. Marina Granovskaia will remain in control of football operations, just as chairman Bruce Buck will retain his same duties and German Thomas Tuchel will continue to deal with both of them as the first team manager.

Whether Abramovich will ever return to taking a more visible hands-on role at the club will likely depend strongly on whether he faces any sanctions, and what happens in Ukraine and the UK’s relationship with Russia.