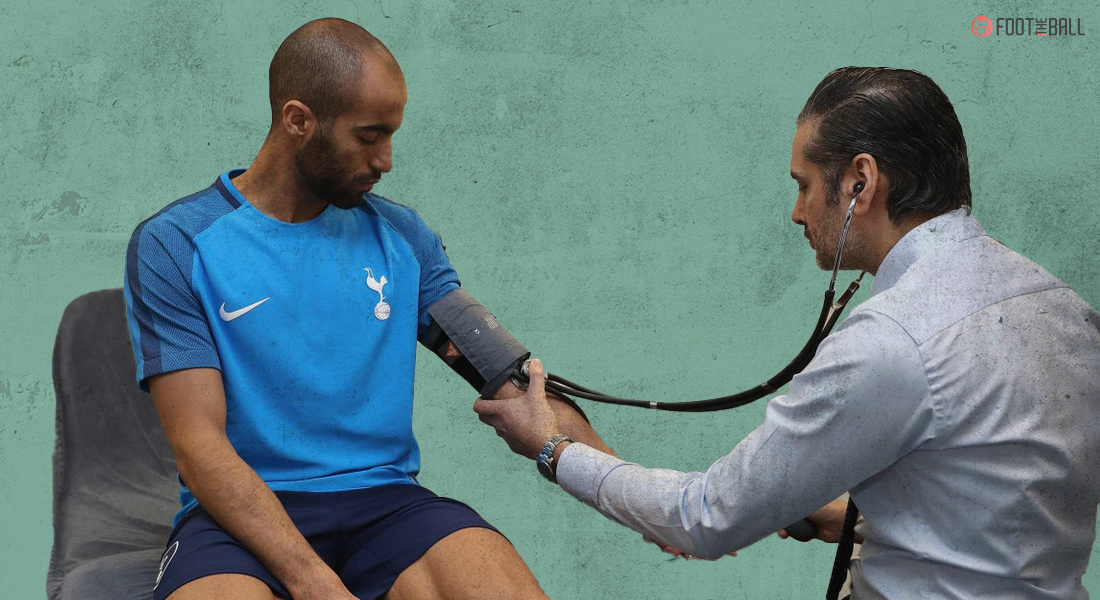 Cristiano Ronaldo’s transfer to Manchester United has been made official by the club as they announced the return of the Portuguese. From the time the deal was agreed in principle to the official statement, it hardly took three days. Ronaldo breezed through his medical as one would expect before committing his future to the Red Devils.

But wait, what exactly does the words “passed his medical” mean which has become an unshakeable part of every transfer? It does not only imply a player’s ability to play matches every weekend but actually runs much deeper than that as FootTheBall explains.

First things first, when a new player comes in to get themselves checked at a new club, they are met by doctors and physios who will do a preliminary assessment. In this day and age of endless data and dogged scouting by teams before going after a player, the medical team does already have some information regarding the concerned player’s history of past injuries.

Any particular area of concern will be addressed through casual discussions with the player in the buildup to the main tests. Often, the previous club of a player provides information on the player’s performances and how he recovered from any injuries. This is mostly dependent on the club as there have been many, many cases of adequate information not coming through. In that case, the current team has to base their examinations on what they themselves know plus what the player tells them.

A player’s position will affect the kind of focus the medical professionals will put when it comes to tests. For a goalkeeper, it will be the arms, shoulders, wrists, elbows and the like. 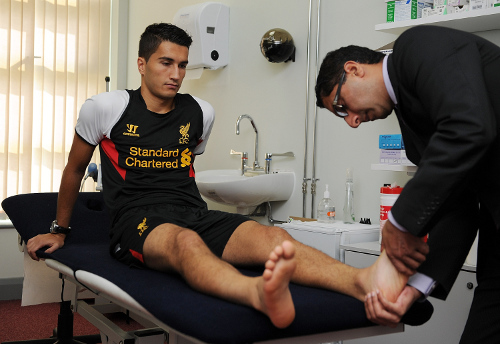 LIVERPOOL, ENGLAND – AUGUST 25: (THE SUN OUT, THE SUN ON SUNDAY OUT) Real Madrid’s Nuri Sahin during a medical before he signs a season-long loan with Liverpool FC at Melwood training Ground on August 25, 2012 in Liverpool, England. (Photo by Andrew Powell/Liverpool FC via Getty Images)

As mentioned above, any area where there have been past injuries will be a key issue. The most common culprits include the anterior cruciate ligament (ACL), hamstrings, patella tendons, and the Achilles. Tests to check for the fitness levels include ultrasonography (USG), scans for the musculoskeletal issues and the strength of the abdomen/quads.

Suffice to say, these are done to make sure the lower part of the body is the sharpest and the player can keep up with the demands of competitive football on a regular basis.

The importance of muscles in the game cannot be overstated. Even in that, however, one area stands out as the most critical. Everyone remembers the terrifying collapse of Fabrice Muamba on the pitch in 2012 and just recently, Christian Eriksen at Euro 2020.

The tests regarding the health of a player’s heart are various and include the electrocardiography (ECG), echo monitor, CT scan and a questionnaire surrounding any previous or underlying ailments. Along with the aforementioned areas, regular muscle tests are also scheduled to follow up the initial tests.

The knees also get a good look at and through all of these, the medical professionals can even determine which area can get injured or is not up to the mark before having the player playing matches. Moving to the upper part of the body, the physicality of players is something that has to be up to the mark nowadays.

Cristiano Ronaldo's results from his medical with Juventus:

The major areas like biceps, triceps, shoulders- all of which are used to escape challenges and go into them are assessed to make sure the player can thrive in the most challenging of environments. Clubs can also get specialist consultants who can give their own opinions if certain conditions need further diagnosis.

GOING THROUGH THE PACES

The final and most exhausting part of the medical is of course the sprints and use of oxygen by the player. The ergometric sprint tests using the VO2 Max machines tell the doctors what the speed is over certain distances. How a player is inhaling and consuming oxygen which entails how he will perform running with the ball.

For a player playing in the Championship and above, the standard test is running 20m dash under 3s. This is also a good litmus test for a player’s leg muscles which are really tested in these initial stages. The sprint tests are one of the most seen parts of a player’s medical as reported by clubs on the social media handles. Though there will be players who one might think cannot stick to this rigid timeframe, they are assessed by the values they add elsewhere on the pitch.

Then it is up to the higher-ups who will have to take a call on whether to sign the player who has not been fully 100% through his medicals. There have been cases when a player has been deemed “unfit” by one club before he goes on to join another club.

Random news of the day, Jon Flanagan has failed his medical at Polish side Jagiellonia Białystok. pic.twitter.com/L1uazX6MdF

It all depends on how willing the club is on the player, depending on the position, the future prospects, and what he adds to the overall value as opposed to the transfer fee. So, not your average school examination in any way.