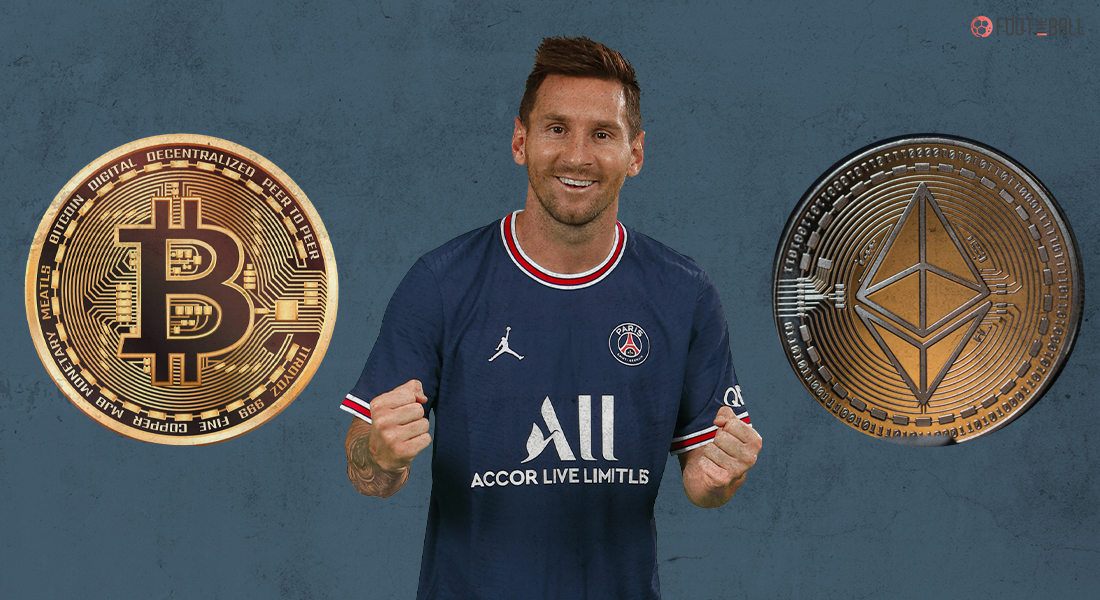 The transfer of Lionel Messi to PSG has broken the internet already and now the Argentine superstar is once again making headlines in the financial world. The whole world has started investing in various cryptocurrencies and Messi in collaboration with Boss Logic has decided to make the most out of the hype.

Get a 2nd RARE #Messi NFT featuring the original art in his @FCBarcelona #10.

Only “Man from Tomorrow” buyers can claim the “Man of the Past” #NFT. 👀https://t.co/gdJiXe4cNx

Lionel Messi is set to launch his own collection of NFTs (Non-Fungible Tokens) called Messiverse, which are Crypto arts made by a famous Australian graphic artist called Boss Logic.

NFTs or Non Fungible tokens are digital artworks that have been blowing up in the Crypto world for the last few months. In economics, a fungible asset means an entity that is identical and can be interchanged. For example, we all use the same currencies in the country we live in and there is nothing special or different about the money we have since everyone has the same coins and bills.

Non Fungible assets are unique and cannot be exchanged since they hold different values. They can be bought and sold like any other property and can be considered as a certificate of ownership for digital assets. NFTs are basically just like buying artworks. The artists also get the copyright of the asset at times and hence get the cut from any future sales. It is true that anyone could just copy the digital art but they won’t be able to copy a token that proves it is an original work and holds value. NFTs have blown up because this is the first time Digital creators are getting millions of dollars for their art because unlike before, we can actually prove its authenticity through tokens.

Just like crypto-currency, a record of who owns what tokens is stored in shared ledgers also commonly known as blockchains. People can use NFT’s to sell photos, videos, music or any digital file. These tokens are being sold for millions of pounds around the world. Mike Winkelmann, nicknamed Beeple, is a digital artist who has sold an NFT for 69.3 million dollars. You can consider NFTs as the trading cards we used to play with when we were kids. It is just that they can be worth millions more than the 2 pounder Topps pack of cards.

Lionel Messi has decided to launch his own NFT with the help of Boss Logic, a famous graphic designer who has previously worked with Disney and Marvel with multiple projects. The artist is a big fan of Messi and has posted many of his artwork dedicated to the Barcelona legend.

Make sure you go to https://t.co/kzLhqHMJ0C and pre register! pic.twitter.com/TVCEizLLJC

There are reportedly 3 NFTs that will go for sale namely, “Man from the Future,” “Worth the Weight” and “The King Piece” that celebrates some of the best moments in his career so far. Messi announced the project through his social media earlier this month saying, “Art is like football. Eternal.”

Boss Logic announced the project on his Twitter when he posted ‘Man From The Future’ saying it has been ‘a huge honor’. The NFTs will go on sale on Friday, 20th August at Ethernity, a platform that is famous for selling NFTs of famous Sports stars and the registrations have already begun as well. It seems like Messi is interested in the Crypto Market since even his signing fee of PSG contains the club’s NFT tokens.

FOOTBALLERS THAT CAN JOIN THE BANDWAGON

Since Football is the most followed sport in the world, other footballers can join this trend and make millions themselves. There are many artists out there who have already been making great artwork of footballers already begging for an opportunity like this. Cristiano Ronaldo is the most followed person on Instagram and he can use this opportunity to help talented artists and give them exposure. Rob Gronkowski, a famous NFL player, also launched his NFT back in March and made over a million dollars.