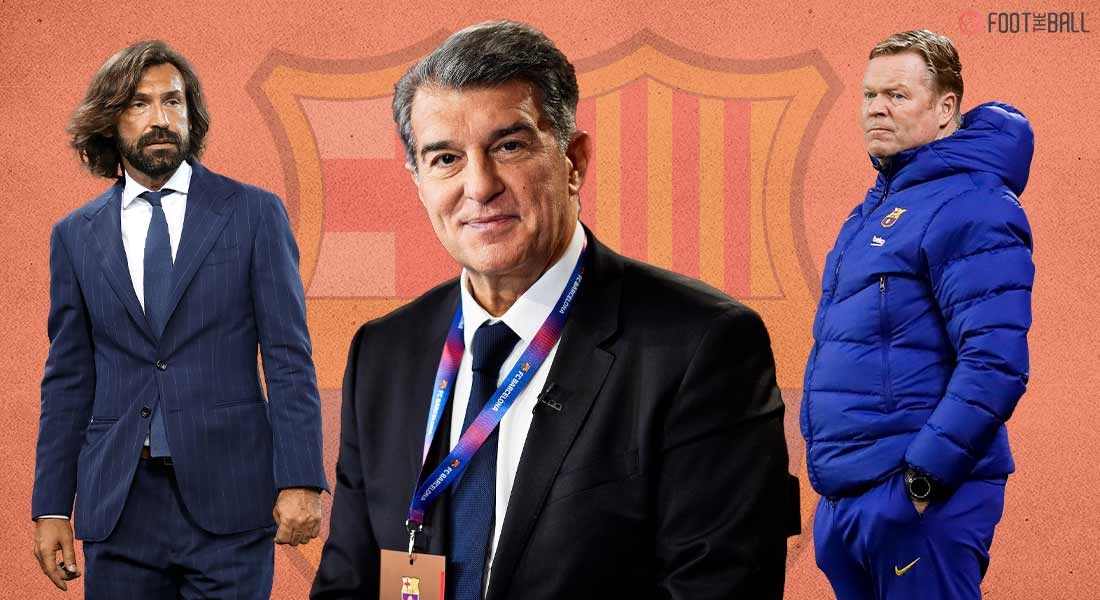 There was a time where most teams around Europe feared the prospect of facing Barcelona. Fast forward a couple of years and the Catalan club are no more competing at the highest level.

Ronald Koeman is on the verge of the sack at Barcelona. It is understood that the board are done with him and would look to sack him. Barcelona are on the brink of another managerial change. The Catalans once known for their managerial brilliance are now scrambling to find a man who could steady the ship.

The reports are that the ex Juventus boss Andrea Pirlo is now the favourite for the Barcelona job. If he is appointed, it would be nothing but a sideways move for Barcelona. The club are just continuing their streak of bad decisions.

🚨 BREAKING: Ronald Koeman will be sacked by Barcelona today.

Ronald Koeman was already on the edge as his Barcelona side tumbled in the new season. But he had no idea what awaited them in Portugal in the Champions League. Benfica started the game on fire and Darvin Nunez carved Barca at will. Barcelona were left bruised as they reeled to another 3-0 loss in the Champions League. The defeat and more importantly the manner of it is leading him to the sack.

If Koeman is sacked, he’d be the third manager to face the axe in the last three years.

Leading the pack for Barcelona’s job is Andrea Pirlo. The Italian was freshly sacked by Turin giants Juventus. Turning to another manager who is a complete newbie on the coaching circuit might hurt Barcelona.

Ex-President Josep Maria Bartomeu ran the club with a series of disastrous decisions. It seems like his successor Joan Laporta who had a good start to his second spell is faltering again.

Ronald Koeman was a legendary player for Barcelona in his prime. Who could ever forget his wonderful free-kick in the Champions League final in 1992? Koeman turned to management after he ended his illustrious playing career. He managed a number of Dutch clubs and others before getting a ticket into the Premier League.

The hurray didn’t last long as Everton sacked him just after a season.

An amazing chance to coach the Netherlands national team fell upon him. He turned the Dutch team that missed out on the 2018 World Cup into a strong contender for Euro 2020. A managerial crisis at Barcelona made them choose Koeman over other options potentially.

Few tipped him to succeed but many believed that club football is a different ball game altogether to the international one. Barcelona were given a stick for bringing a manager whose last club spell ended with the sack at Everton.

Koeman never impressed as Barcelona as a coach. The Dutchman tried to implement his Dutch national team’s philosophy on the club. In a way, he was right to trust the Cryuffian way. But he neither had the personnel nor the tactical guile to do so.

A mediocre season ended with Barcelona losing the title race and winning only Super Cup.

After losing Lionel Messi, the storm brewing erupted. Koeman has a big ego and claimed the club has a future thanks to him. But in reality, he mismanaged the players and has no response when his team faces a tough task on the field. The strange freezing of Riqui Puig, the signing of Luuk de Jong and poor in-game management are all testimonies of that.

If the squad rebuild has to undergo, Koeman shouldn’t be in the dugout.

MAESTRO PIRLO TO THE RESCUE?

Andrea Pirlo on the other side is a complete rookie coach who is cutting his coaching teeth. The Italian maestro was a delight on the ball and won so many games from his deep playmaking position. Like any legend of yesteryear, Pirlo wasted no time before entering coaching. He hung up his boots in 2017 and registered in the UEFA Pro License Course at Coverciano.

In his thesis paper “ The football that I would like” before his graduation, Pirlo cited the teams that “inspired [his] idea of football” as “the Barcelona of Johan Cruyff and then of Pep Guardiola, the Ajax of Louis van Gaal, the Milan of Carlo Ancelotti, and the Juventus of Antonio Conte”. He drew his inspiration from great teams but needed time to implement them. 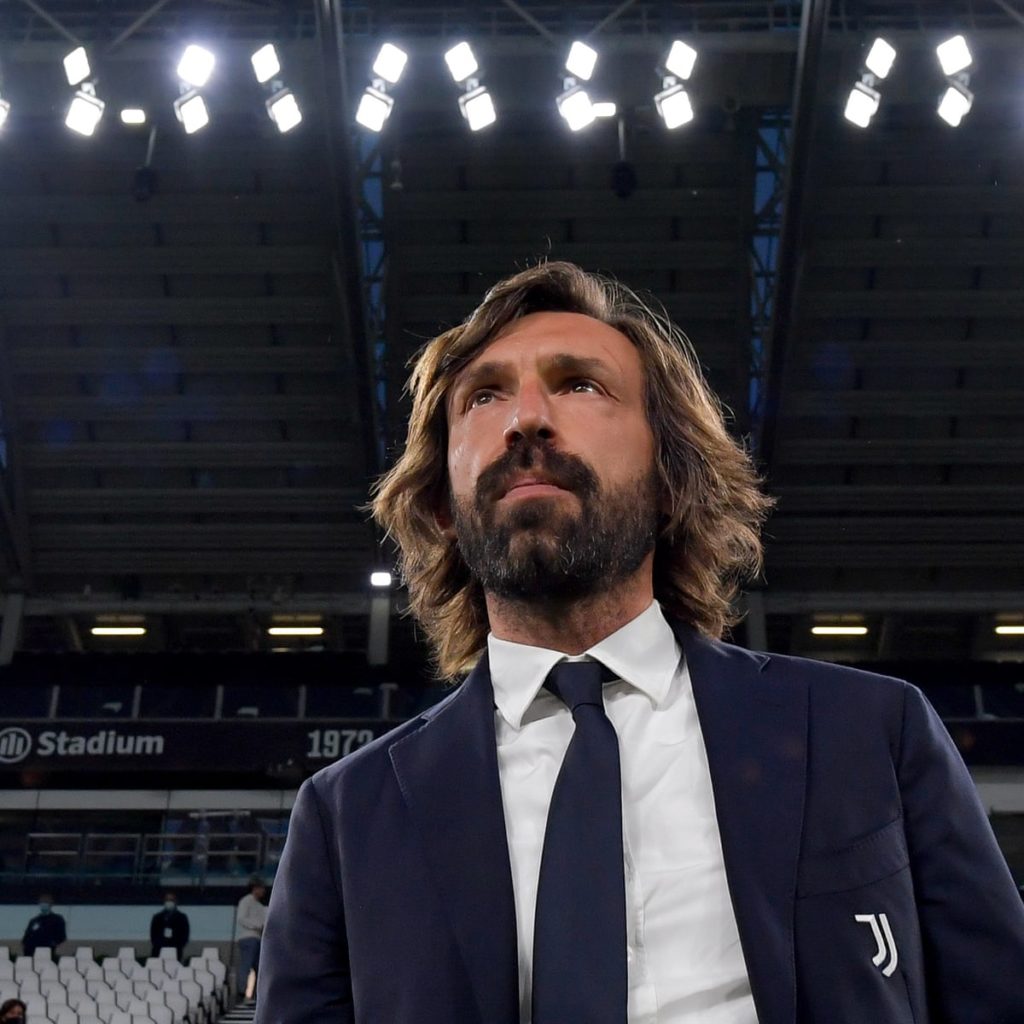 Unfortunately, time was the only thing Pirlo wasn’t given. He was appointed as the head coach of the Juventus U 23 team. He was there for only nine days as Juventus promoted him as the senior team’s head coach. It was also a difficult period for the club. The Old Lady sacked Maurizio Sarri despite winning the league and trusted the young Pirlo with the rebuild and taking them deeper into the Champions League.

Invariably, Pirlo suffered as the Juventus coach. His team lacked a clear identity as Pirlo wasn’t able to grind them on the training ground. A high tempo press, structure in possession and even out of it weren’t seen when the Old Lady took to the pitch. Besides, the youngsters and experienced players replacing seasoned legends in the midfield didn’t live up to high hopes.

Juventus boasted Cristiano Ronaldo who topped Serie-A’s scoring charts. Yet they failed to score when it mattered to win games. Their defence which is growing old by the day wasn’t at its best. Pirlo’s inexperience didn’t help him at all to get out of this rut.
Still, they laboured to a fourth-place finish on the finish on the final day. Inter ended Juventus’ decade long monopoly in the league. The Old Lady board felt that Pirlo couldn’t handle the job and sacked him just 10 months after his appointment.

NOT WHAT THEY NEED

Barcelona are pretty much in a similar place to Juventus. They have enjoyed their glory in the previous decade but saw their legends either slowly walk away or retire. To recapture their glory, both sides are in the need of massive rebuilds. When Pirlo was just relieved of his Juventus duties how can one even consider him bringing to Barcelona?

Pirlo was just as confused as Koeman on the touchlines. Both haven’t fully discovered their coaching identities. Pirlo despite quoting Cryuff as his inspiration, didn’t follow in his footsteps. For Barcelona, playing the Cryuffian way is often more important than results.

At best, a switch to Pirlo from Koeman would be a sideways move. It wouldn’t be an upgrade on him.

Xavi will be appointed new manager for FC Barcelona in the coming days.

He is expected to coach the team against Atlético Madrid.

Barcelona needs a manager who could finish the rebuild. The squad has gaping holes in defence and attack. With the youth potential available at La Masia and with the funds being readied for next summer, a manager with vast experience is what they need. Antonio Conte and Erik ten Hag must be the front runners for the job.

Barcelona could even continue with Koeman till the next summer before hiring a permanent manager. For now, Barcelona must be straying away from Pirlo and let the Italian learn his trade elsewhere.