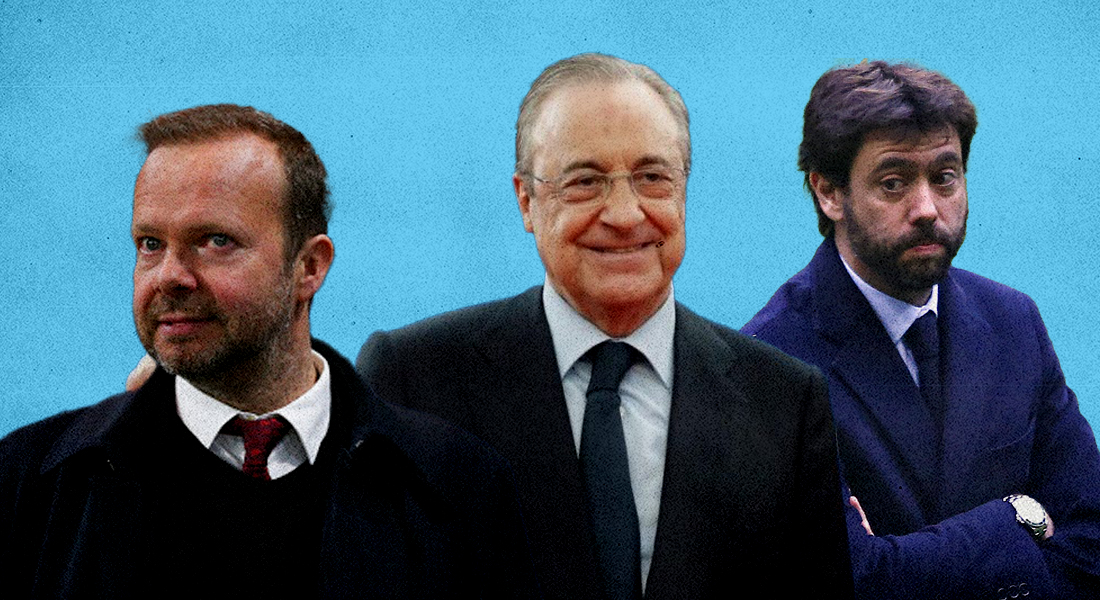 Twelve of the biggest giants of the football world have formed an alliance to make an alternative league in a way to replace the UEFA Champions League. The 12 teams included in the European Super League are ought to be the ‘Founding Fathers’ of this league. None of these teams will have to face any kind of relegation battles which would mean these 12 clubs are permanently in the Super League. Thus, beginning a reign of supremacy in modern day football.

Which are the clubs involved in this?

It is anticipated a further three clubs will join ahead of the inaugural season, which according to the clubs ‘is intended to commence as soon as practicable’. German giants Bayern Munich and Borussia Dortmund are not included and nor are French champions Paris Saint-Germain.

What is the League Format going to look like?

The Super League website reads: “The Super League is a new European competition between 20 top clubs comprised of 15 founders and five annual qualifiers. There will be two groups of 10 clubs each, playing home and away fixtures within the group each year.

“Following the group stage, eight clubs will qualify for a knockout tournament, playing home and away until the single-match Super League championship, in a dramatic four-week end to the season.

“Games will be played midweek, and all clubs will remain in their domestic leagues.”

The format of the Super League

This league format when compared against the new Swiss Format of the UEFA Champions league which will come into effect from the season 2024/2025 is much more financially convenient. The increased number of games would bring in a lot more money from TV rights. Both the league formats aren’t taking players fitness and fatigue levels into consideration especially with domestic football at its highest level in countries like England and Spain especially during the Christmas time when the fixtures come thick and fast.

What led to the formation of The European Super League?

The European Super League’s press release quoted “the formation of the Super League comes at a time when the global pandemic has accelerated the instability in the existing European football economic model. Further, for a number of years, the Founding Clubs have had the objective of improving the quality and intensity of existing European competitions throughout each season, and of creating a format for top clubs and players to compete on a regular basis.”
“The pandemic has shown that a strategic vision and a sustainable commercial approach are required to enhance value and support for the benefit of the entire European football pyramid.”
One of the reasons this is happening right now is because a global pandemic has hit the finances of majority of the big clubs.

Top teams have to battle every season to qualify for the UEFA Champions League which is their primary source of financial gain and if they are unable to qualify, they not only lose the money but also the chance for top players to join their team because no player wants to play for a team who is not in the Champions League. With The ESL, ‘Founding Fathers’ or the ‘Elite Teams’ will never get relegated thus giving them a sense of security.

The European Super League is the natural progression of football, but to claim it is the end of football as we know it might ultimately prove to be an exaggeration. It in an obvious sense is not the right manner for the clubs to protest for financial and executional independence from UEFA, but realistically this is a logical step for the biggest teams, that goes further to sustain their dominance.

In the current situation, we should all ruminate if this is solely an indication to UEFA that the supreme power rests with the clubs rather than the governing body.

Top European Soccer Teams Agree to Join Breakaway League – the most detailed account so far on what could be the most seismic moment in European football for decades: https://t.co/gwPwsPxh3I

There is also a reasonable argument to be made here. UEFA have not only failed on racism but also have failed to combat corruption. They barely do anything particularly well, and most importantly their management is barely the most productive that could be put in place. Fundamentally, the ‘Elite Clubs’ must be wondering why should they pay for the privilege of having their importance sublimated.
The fans surely aren’t getting along with the idea of a closed European Breakaway League but looking at this project financially and logically from the point of view of the clubs it would make a lot of sense to go forward with it now that they have made it official.