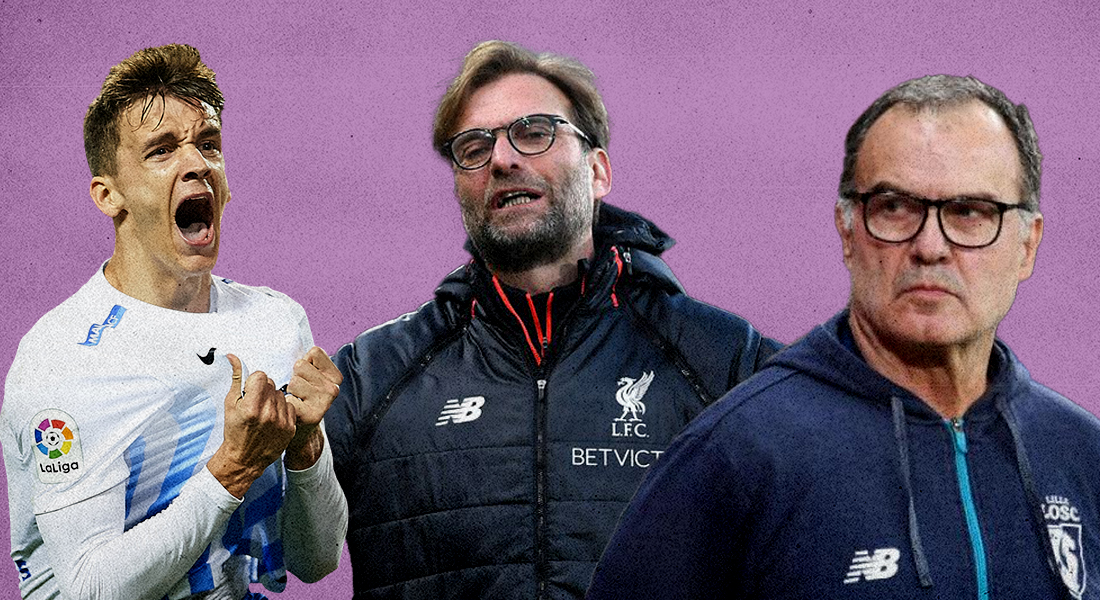 The Jurgen Klopp managed team had come to Elland Road with really high hopes after the reverse fixture at Anfield had revealed a game full of vigour, fire, and goals. But Marco Bielsa and company had other plans. The champions of England once again stumbled in their search for a seat at the Champions League table. The Reds currently sit at 6th place and have a total of 53 points and are two points short of a Champions League spot.

It ends level at Elland Road.

It turned out to be an evening that started with Leeds members donning shirts that stated “Champions League Earn it” concluded with Diego scoring a well-deserved leveller for the team in White.

THE REDS DOMINATE THE FIRST 45.

The Liverpool team-sheet had a huge surprise for their fans as Mo Salah, had started only as a substitute. Bielsa started a well-balanced 4-1-4-1 formation which was yielding his team goals against the ‘Big 6’ of the Premier League.

Liverpool was the team in command of the possession and the game in the first half. They played some beautiful balls over the top for the front three of Mane, Jota, and Firmino but neither of them could convert the chances for the large part of the game.

We lead at the break, after Sadio's strike 🔴

But it was the Senegal international who found the back of the net as the clock struck 30 minutes. Trent Alexander-Arnold tip-toed from the back to chip the ball over the head of the rushing Leeds goalkeeper, Illan Messlier, to pass the ball to Sadio Mane who had an empty net to put the ball into. It seemed as if this goal will be sufficient to ensure success for the Reds for broad portions of the night.

BIELSA’S THOUGHTS ABOUT THE SUPER LEAGUE

The Leeds side who had impressed one and all with their brand of football, on the other hand, did better than their fair share in a competition Bielsa later characterized as “magnificent,” and the Spanish Centre Back’s dramatic header was something they had earned.

"Champions League. Earn it. Football is for the fans."

Leeds United went out on the pitch wearing these shirts in protest of the European Super League. pic.twitter.com/5qm0gCgLDK

El Loco’s reflections on the Super League were almost as calculated as his team’s results in the second period. “It is detrimental to soccer,” the manager mentioned.

Leeds came close to salvaging a goal and adding some spice to the last minutes of the game. Their talisman, Patrick Bamford, hit the crossbar, and Tyler Roberts and Jack Harrison saw their shots saved by Alisson. The Liverpool keeper seemed in control of the game and wasn’t troubled much in the first half but had to face some powerful shots after the 45th minute.

💬 "I feel like we should have won" Patrick gives his thoughts on tonight's 1-1 draw at Elland Road pic.twitter.com/wt78hfqpu8

However, the heat of the game finally caught up with the Reds. Llorente had a last trick up his sleeve as he headed the ball past Alisson and into the back of the net to rescue a point for the reigning Championship winners. Fans could easily envision, at last, a rambunctious and feisty commemoration from the top management of the club that was mirrored all over the world.

But still, the result of the game must have sent a strong word around the world where talks of a money league are growing. It’s clearly evident that the ‘Big 6’ in the Premier League face tough competitions from the so-called smaller teams.