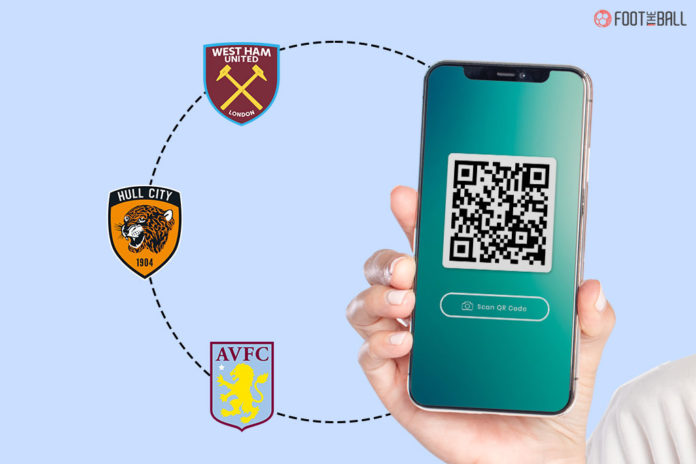 Gone are the days when football clubs were just that, football clubs. In the modern world, clubs are like well-run corporations that must be multi-faceted. Apart from signing the best available players, the clubs indulge in various functions that go beyond the habit of football. While ensuring that the clubs sign the best players and perform to the best of their abilities remains a top priority, other ambitions are also to be fulfilled. Signing top sponsors is one of them. And in recent times, Jeton has been one of them.

The rising e-Wallet provider has specifically targeted the world of football, which has been instrumental to the company’s rise. Jeton is a payment solution provider focusing on payment processing and global business solutions.

Jeton was founded in 2018 and offered users a fast and easy way to pay, send and receive money online and offline. The company provides an end-to-end solution that helps businesses of all sizes to access a global customer base with minimal effort. It currently has one million users across 50 countries.

The company has come a long way in just four years and has entered the football world to expand its user base further.

Jeton has announced an extension of their partnership with English Premier League football club West Ham United for a third consecutive year. For the 2022/23 Premier League season, the partnership has a wide range of marketing and promotional activity: brand exposure inside and outside London Stadium, the Club’s LED Pitch Side perimeter advertising system, and all digital channels. In addition, the partnership aims to help Hammers supporters to make smooth cashless transactions.

By entering into this partnership with a well-known football club like WHU, Jeton will be exposed to many football fans from the U.K., as well as from other countries interested in the English Premier League.

Jeton has also entered into a new partnership with Hull City AFC at the end of this September.

The company will have its branding displayed on the big screen, LED boards, concourse T.V.s, club website, and in the official matchday programme as part of the agreement. Jeton will also sponsor Malian international Adama Traore for the 2022/23 Sky Bet Championship season, expanding their foothold in British football by building on their existing connection with West Ham.

💳 We are delighted to announce @jetonwallet as the club's first-ever e-Wallet partner.

Last February, the company announced a partnership with another English Premier League football club, Aston Villa, for the 2021/2022 season. Jeton’s branding was seen at all Aston Villa home games at Villa Park and on print and digital media, LED boards, and backgrounds.

Aston Villa is delighted to announce a new partnership with payment provider @JetonWallet. 🤝

What the future holds for Jeton?

Jeton has undoubtedly made a name for itself in the e-Wallet business, and the company seems to be gaining more significant recognition. In particular, they appear to be making significant strides with their Visa debit Jeton Card, and other unique products are geared towards international football fans.

The rise of Jeton has been remarkable even in just four years, and their association with the Premier League clubs is bound to make them one of the most recognised brands in English football amongst its fans in England and worldwide.