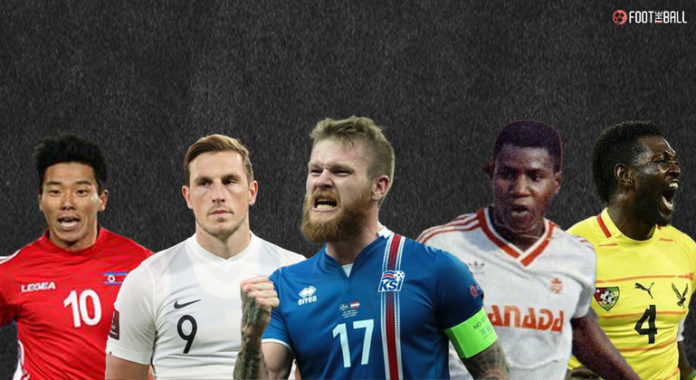 The 2022 FIFA World Cup in Qatar is just a month away as all 32 teams prepare to go all the way to be crowned the champions of the world. The tournament will be held in winter for the first time in history. This means the major leagues will be suspended for the World Cup to take place, which will challenge both clubs and national teams as they look to ensure that players are performing as well as fit. Like every other tournamnet, there are favourites, underdogs, darkhorses in the FIFA World Cup who have qualified for the World Cup.

The footballing spectacle will take place in Qatar from November 20 to December 18. However, the tournament has run into several problems. One of them has been the accessibility to alcohol. Beer has been freely available in every World Cup. This rule could not be implemented as Qatar is a profoundly religious country where the sale of alcohol is highly restricted.

Another problem is that betting is also illegal in Qatar. However, unlike alcohol, betting can be done online outside the borders of Qatar with several betting sites that don’t ask for your SSN as well.

Playing in a World Cup is a dream of any nation or player. So, when an unlikely country qualifies for the FIFA World Cup, it is a story that attracts and inspires millions of people worldwide. This has been the story of every World Cup, which makes the tournament a place where dreams come true.

And thus, we take a look at the top five surprising teams to have ever qualified for the FIFA World Cup.

Out of the 32 teams that qualified for the 2010 FIFA World Cup in South Africa, no one had a worse ranking than North Korea. And the rankings didn’t lie. North Korea had an abysmal attack and played a very defensive brand of football. However, it worked in their favour as they conceded only five goals in 14 matches in the final two qualifying rounds.

The watertight defence helped them get past all four rounds and qualify for only their second World Cup ever. However, they failed to replicate their form in Southb Africa, conceding 12 goals and scoring just one as they crashed out in the group stage.

It is one thing for a surprise nation to qualify for the FIFA World Cup, and it is quite another to perform brilliantly in it. However, New Zealand managed to do just that when they qualified for the 2010 World Cup. The Kiwis had topped the Oceania Football Confederation (OFC), winning five matches out of six, scoring 14 goals and conceding just five. Following this, they defeated Bahrain over two legs to book their tickets to South Africa.

And they kept their form in the World Cup, drawing all three matches against Paraguay, Slovakia, and defending champions Italy. As a result, they finished third on the table ahead of Italy and created history by becoming one of the few teams to remain undefeated in an entire World Cup campaign.

The 1986 World Cup qualification for the CONCACAF zone was one of the most competitive zones. As Mexico were the host of the World Cup, they automatically took one spot. This left only one spot, with 17 teams competing for it. And thus took place in the 1985 CONCACAF Championship, whose winner would get the second World Cup spot. Canada shocked everyone by winning their first title and making their first appearance at the World Cup.

However, when faced with the best, Canada were thrashed, losing all three matches without scoring a goal. The nation have also qualified for the current World Cup, and fans will be hoping for a better performance this time.

The 2006 FIFA World Cup was somewhat of a festival for debut teams. Angola, Czech Republic, Ghana, Ivory Coast, Togo, Trinidad and Tobago, Ukraine, and Serbia and Montenegro, were the teams that made their first appearance in the World Cup. However, even among those, the qualification of Angola was the most surprising. The nation had only qualified for three African Cup of Nations and made their first World Cup appearance after finishing above powerhouses Nigeria.

They fared remarkably for their first World Cup appearance, drawing two and losing one match to Portugal by just one goal.

Angola were not the only surprise package at the 2006 World Cup. Trinidad & Tobago had also shocked everyone by booking their tickets on the flight to Germany. The Caribbean nation finished fourth in the CONCACAF final qualifying round earning an intercontinental playoff match against Bahrain. Over the two legs, Trinidad & Tobago won on an aggregate of 2-1.

🇹🇹 #OnThisDay in 2006, Trinidad and Tobago's football heroes shone on the global stage 🤩

They would be drawn in Group B against England, Sweden, and Paraguay at the World Cup. However, the gulf in quality was too much for the Carribenas to handle, who drew one match, lost two and finished last without scoring a goal.

The smallest nations ever to qualify for the FIFA World Cup, the Nordic country had already made a name for themselves as giant killers when they knocked out England in the 2016 Euros. And two years later, they qualified for the 2018 FIFA World Cup in style. Iceland finished top of their qualification group ahead of eventual World Cup finalist Croatia.

And, like the Euros, they impressed immensely. Their highest point was their 1-1 draw against two-time Champions Argentina. However, defeats in the other two matches meant that they were knocked out in the group stage.

In 2006, Togo were also making their first World Cup appearance like the seven other teams. Led by an enigmatic Emmanuel Adebayor, the Africans topped their group, winning seven, drawing two and losing one match. Emmanuel Adebayor was the top scorer for the entire qualification process scoring a whopping 11 goals.

They were drawn into a group which included Switzerland, France and South Korea. However, they failed to replicate their form losing all three of their matches in the group stage, scoring just one goal.