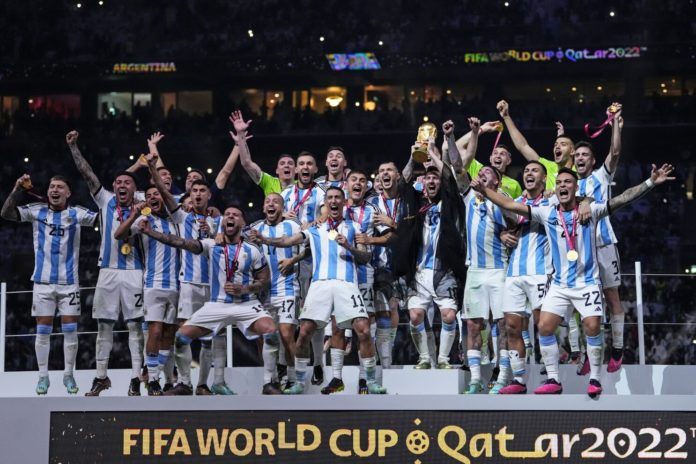 The context, the location, and the narrative in the backdrop of every FIFA World Cup mean that each event develops a flavour and an identity of its own. FootTheBall highlights five random but consistent learnings from the men’s 2022 FIFA World Cup in Qatar.

After four men’s World Cups and 20 years, the sun finally set on Europe’s dominance over this grand sporting event. It might have been a sight of incongruence but even the Brazilians were rooting for Argentina in the final, perhaps because of the European hold, perhaps because of Lionel Messi’s Last Dance.

Not only in terms of the winners, but it was also a fabulous World Cup for non-European teams all along. Saudi Arabia kicked off things in style, bamboozling the eventual winners Argentina in their first game, while Cameroon finished the group stages with swagger as they became the first African team to triumph over Brazil at a men’s World Cup.

Japan too had a wholesome start to their campaign, topping a group that consisted of Germany and Spain by beating both of them. South Korea, Senegal, Australia, and the USA also valiantly succeeded in qualifying for the round of 16.

This edition was as much about Argentina’s glory as it was about Morocco’s bravado and audacity. The inspiration they elicited in becoming the first African and Arab nation to reach the last four of a men’s World Cup also made them the sweethearts of the tournament.

That’s how you win the World Cup

Pep Guardiola’s Manchester City plays stylistically perfect football, or whatever is closest to that ideal, for 38 matchdays to win the English Premier League in most seasons. But it’s highly unlikely to piggyback that model and expectation of perfection to international football and win a World Cup.

It was proven yet again that the cup was lifted by a team not devoid of faults but one that constantly and continually peaked at the right moment. Argentina did not play their best football in the group stage. Tactically fluid and flexible, La Albiceleste improved and found themselves a little more with each passing game.

Scaloni’s side was the dominant force in arguably all of their games but it was not enough to shield themselves from the suffering and ugliness of high-stake World Cup matches, and the inevitability of the penalty shootout. On multiple occasions, they needed a dose of chutzpah to grind it out in the tiebreaker.

Scored a goal in the extra time? It would never be the winner.

If you played dull, drab football for 30 minutes or if you brought down the house, caused nonsensical chaos, and produced the most entertaining, inconceivable half hour of football (we’re looking at you Argentina and France), it wouldn’t have objectively mattered in the men’s World Cup in Qatar.

A stalemate struck in the normal time of a knockout game, which happened on 5 occasions, was stuck for good, and only a penalty shootout could have unglued it. Extra time – fun, tense, and nervy, as it was – was merely an extension, never a solution.

We saw an unprecedented five penalty shootouts in a men’s FIFA World Cup, with the final also being decided on penalties, for the first time since 2006 and third overall.

For the past decade or more, club football, especially in the top European leagues, has tactically become micro-focused on pressing your opponents hyperactively, albeit in differing styles and for variant intents and purposes.

However, in this World Cup, we repeatedly saw that the backlines weren’t always too high, with many teams happy to sit in a mid or low block and counterattack, or even build gradually after regaining possession in their own half. Perhaps the infeasibility of training together every day for a long period of time prohibits international managers from taking such a precise approach.

France, Morocco, Croatia, Netherlands, and at times, Argentina were among the several teams who enjoyed success while following this pattern.

From start to end, the politics didn’t go away

Deep fried in politics, like every other FIFA World Cup, the political nature of the Qatar edition was made more explicit than the rest, from the beginning to the end.

In the buildup to the World Cup, the gloomy situation surrounding the sufferings of migrant workers who helped in building infrastructure for the event and LGBTQ+ rights in Qatar was high on the media’s agenda. The debate encircling the OneLove armband escalated after FIFA introduced sporting sanctions, which essentially meant that the captain wearing such an armband will start the game with a yellow card. There also was FIFA President Gianni Infantino’s bizarre, irresponsible speech in backlash to criticism of Qatar as well as the usual PR stunts from the organising nation’s side as well.

Amidst all this, the Iranian team also supported the ongoing protests in their country for women’s rights by not singing the national anthem in their first game against England. Furthermore, the air also became uncomfortable when two teams with a geopolitical history of conflict met, such as during Iran v USA or Morocco v Spain.

On the other hand, during a World Cup occurring in an Islamic country, the media’s, especially Western media’s, Oriental gaze of viewing events from their tainted, patronising lens was also at full display. It will be interesting to see if the trend of highly politicised coverage continues in the 2026 men’s FIFA World Cup which will be jointly hosted by the USA, Mexico, and Canada.