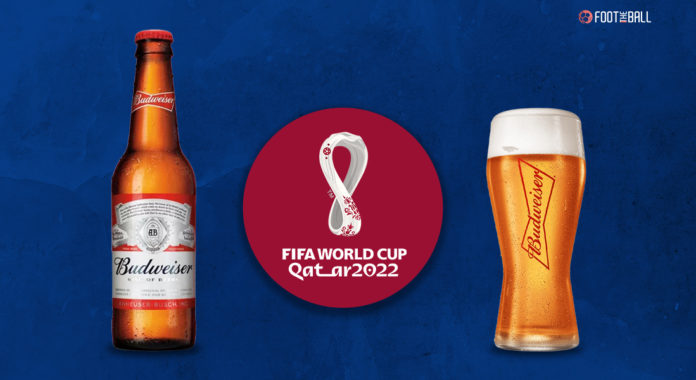 Before the FIFA World Cup 2022 in Qatar, the issue of sale of alcohol was raised. Since Qatar is an Islamic country, the sale of alcohol is heavily restricted. However, one of FIFA World Cup’s official partners is Budweiser, a company which specialises in manufacturing alcoholic beverages especially beer. And this means that the sale of beer has to be allowed as it is one of the chief sponsors.

However, Qatar has one of the strictest laws on the sale of alcohol. It is also the first Islamic country to host the World Cup. In Qatar, only tourists and local non-Muslims are allowed to consume alcohol. However, it has to be done inside their homes and not cause a nuisance to anyone else. Tourists can procure alcohol only for private consumption and that also from licensed hotels and restaurants.

But, the World Cup brings in millions of people, so the rules are hard to enforce.

Hence fans were curious about whether they would be allowed to enjoy alcohol during the tournament. And now, just 48 hours before the World Cup, Qatar has enforced new rules that have banned the sale of alcohol on the stadium’s premises, going back on its previous rule to do so. So, we will explain the new rules regarding alcohol consumption in Qatar.

The most iconic World Cup kits of all time

Before the World Cup, after an intense decision between FIFA, Budweiser, and the Qatari authorities, the law had been slacked a little under specific circumstances. Qatar allowed the sale of alcohol inside fan zones in Doha. However, alcohol will only be served from 06:30 pm to 01:00 am. In earlier World Cups, beer was allowed to be sold all day.

In addition, Fans who have purchased tickets will also be allowed to buy alcohol before and after the game. However, this will only be available on the stadium’s premises and not inside. Only non-alcoholic beverages and soft drinks will be available inside the stadium during the match. According to the rules, fans can buy beer three hours before and one hour after the game.

However, Qatari authorities went back on this specific ruling two days before the World Cup. Under the new law, no alcoholic beverages will be available on the stadium premises. Fans can still buy soft drinks, food and Budweiser Zero, a non-alcoholic beverage.

Another issue is the pricing of alcohol in Qatar. The country has introduced a ‘sin tax’ on ‘health-damaging’ goods, including alcohol, energy drinks, and tobacco.

Qatar had also announced that it would designate specific areas where drunk fans can go to sober up. The announcement came from Nasser Al Khater, in charge of the World Cup preparations in Qatar.

“There are plans in place for people to sober up if they’ve been drinking excessively. It’s a place to make sure that they keep themselves safe; they’re not harmful to anybody else,” Al Khater said while speaking to Sky Sports.

“All we ask is for people to be respectful of the culture. At the end of the day, as long as you don’t do anything that harms other people, if you’re not destroying public property, as long as you’re behaving in a way that’s not harmful, then everybody’s welcome, and you have nothing to worry about,” he added.

In addition, Qatar has introduced a sin tax on alcoholic beverages. This has jacked up the price of a pint of beer between € 13- € 17. However, FIFA has said that after discussions with the authorities, beer will be available at a subsidised rate during specific periods.

With FIFA World Cup less than two months away, we take a look at the biggest wins ever at previous tournaments

When the World Cup took place in Brazil in 2014, there were protests by locals over several issues. One of them was a law passed by the Brazilian Parliament allowing for the sale of alcohol inside football stadiums. Alcohol was banned inside Brazilian stadiums in 2003 due to the high rate of violence and death rate after fans got too drunk. However, the pressure from FIFA prompted the Parliament to pass the law allowing alcoholic beverages.

Regarding the incident, FIFA’s Secretary General said, “ I’m sorry to say, and maybe, I look a bit arrogant, but that’s something we will not negotiate (on Brazil’s alcohol ban). I mean, there will be, and there must be, as part of the law, the fact that we have the right to sell beer.”