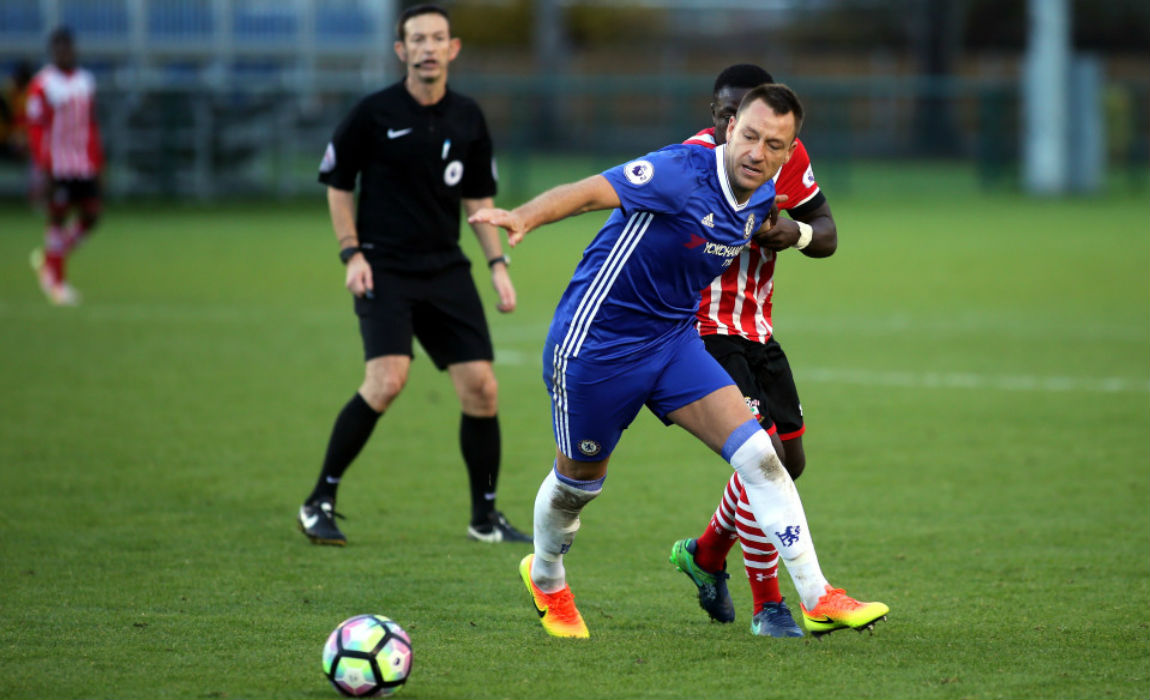 ‘Better Than Arsenal’s First Team’! Twitter Melts Down As Terry, Fab And Batshuayi Start For Blues U23 Side

Chelsea included out-of-favour first-team stars John Terry, Michy Batshuayi and Cesc Fabregas in the U-23 developmental side for their clash against Southampton U-23.

Twitter exploded after reading the team-sheet, with some fans claiming that this U23 squad was “better than Arsenal’s first team”, while others suggested that this team would still beat Manchester United.

All three of these players have been out of the first-team for over 2 months now, with Terry and Fabregas losing out their starting spot to injuries. 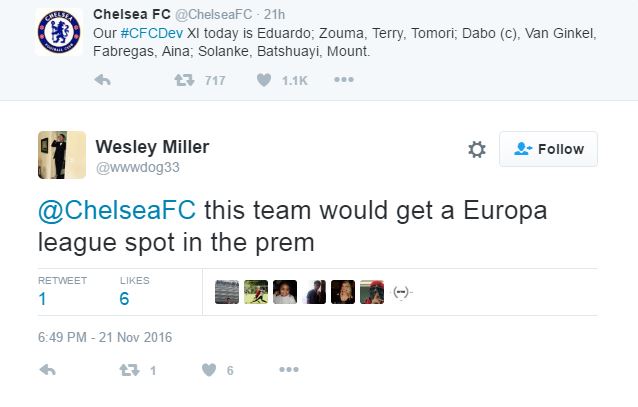 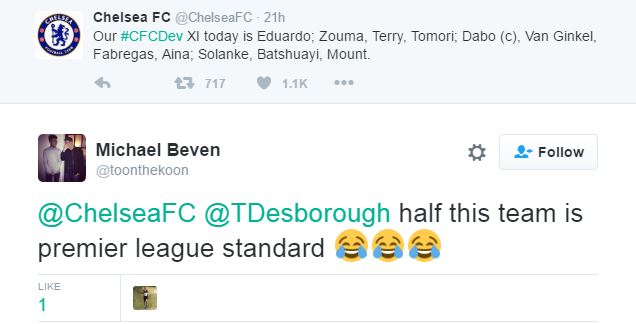 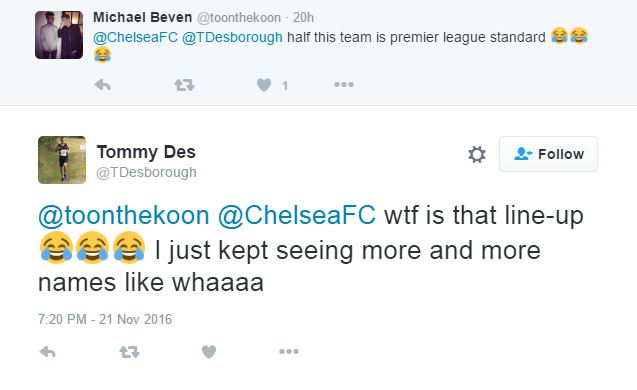 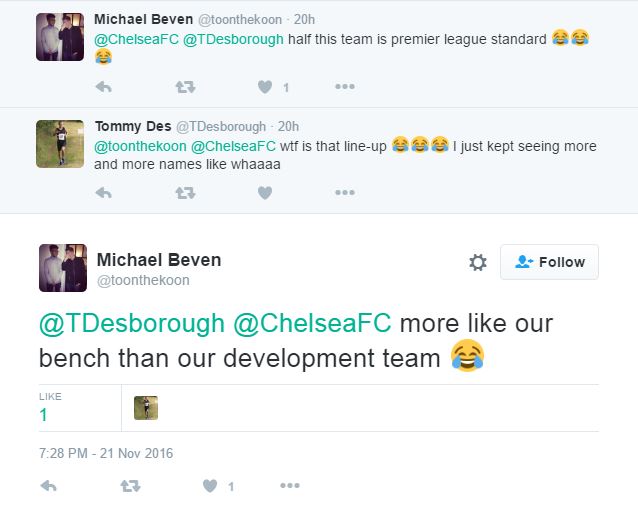 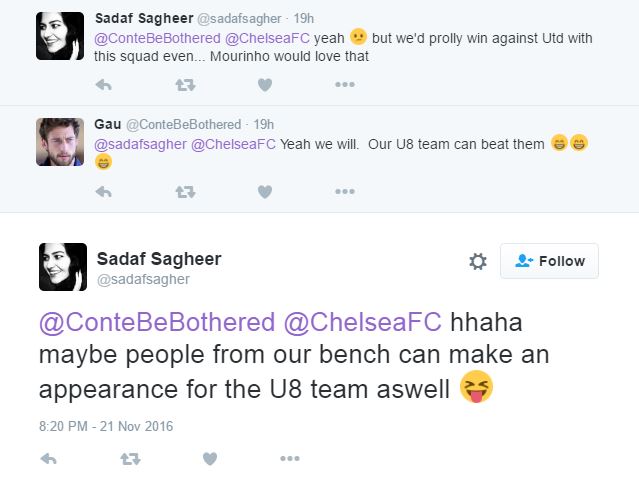 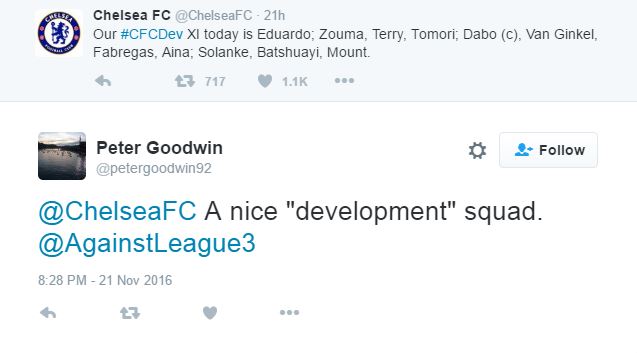 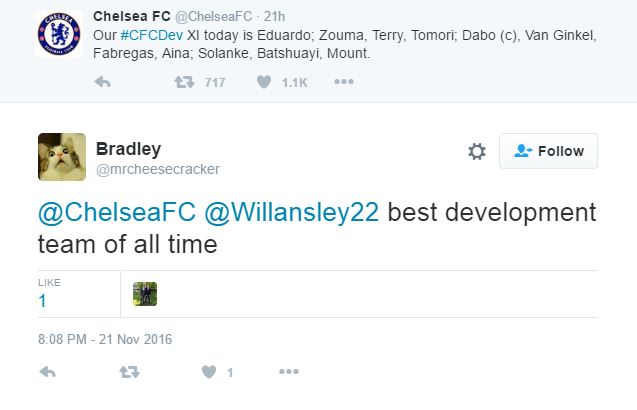 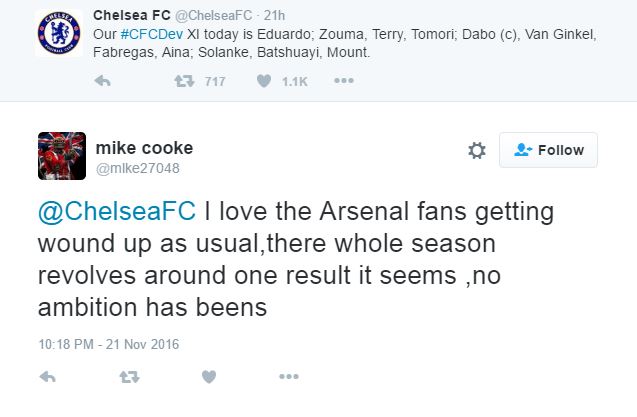 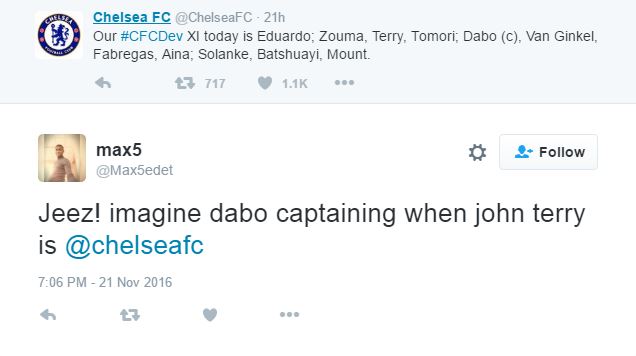 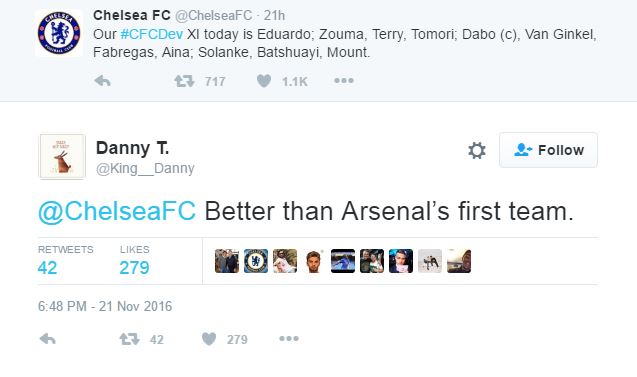 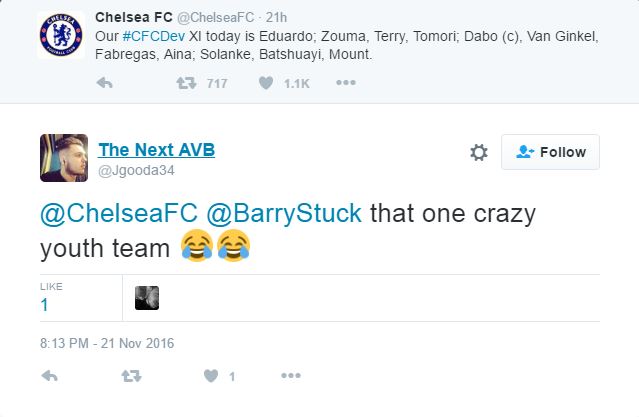 Chelsea boss Antonio Conte was present at the Cobham training center to watch his stars in action, the Blues boss was given company by David Luiz, who was also present watching his captain and team-mates in action for the developmental side.