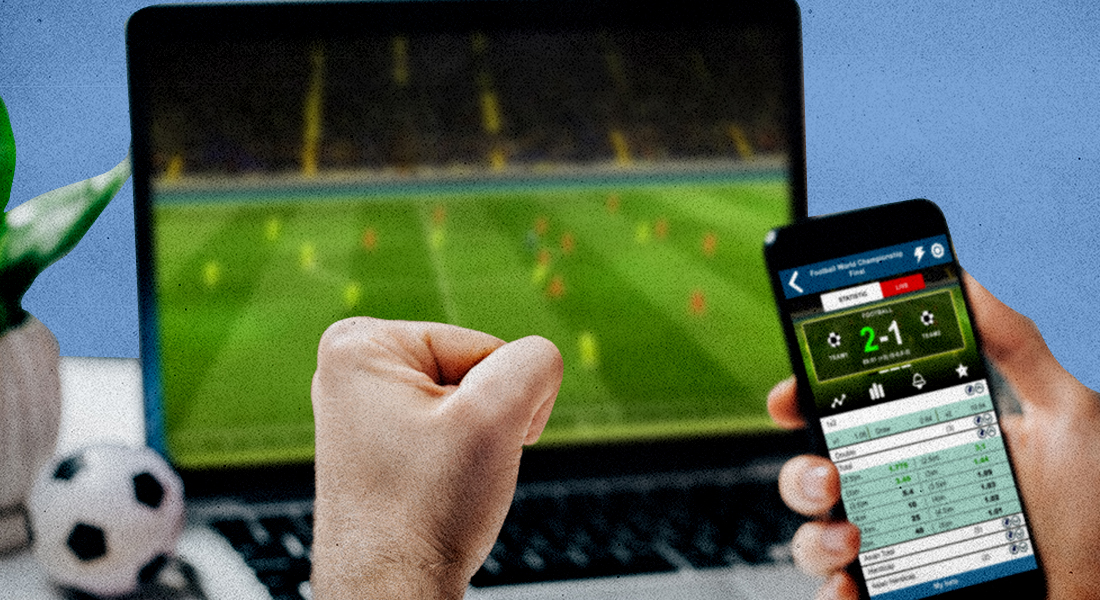 Each year that goes by, football grows more and more popular. FIFA estimates that there are around 3.5 billion – that’s right, billion – football fans around the world.

Interestingly, the recent transfer of Lionel Messi to PSG is going to further increase the global audience of this legendary sport. In fact, if you check out PSG’s Instagram page, you’ll see that Messi’s arrival has led to their followers increasing by a staggering 20 million (and that’s only within a couple of days). So, for anyone who argues that football isn’t the king of all sports, think again!

All year round, there are thousands of football matches to watch, from the Premier League to LaLiga. If you’re a fan who is constantly glued to the TV watching games, here are five activities for you to do whilst the on-field action is taking place.

Football games are 90 minutes long. This is great, but when a game is slow and uninteresting, it can leave viewers bored.The graphics are insane, and you’ll even have the chance to play on your phone or the computer- whatever takes your fancy! You can even play online slots just before the game starts or during the halftime break when nothing is happening.

2. Read Up On Player Stats

Whilst watching a game, you might notice a player you’ve never heard of before who sparks your interest. Instead of relying on the commentators to tell you information about him, check out a stats website (such as whoscored.com) to learn more about them. You can analyse attacking and defensive stats, as well as everything in-between.

Lionel Messi had a direct hand in 7 league goals (4 goals, 3 assists) last month, more than any other player — With a WhoScored rating of 8.42, the @FCBarcelona sensation is our La Liga player of the month for September

It’s a great way to grow your player knowledge and become more informed about each league. Soon, you’ll become a statistician who your friends and family can come to whenever they have any football-related questions.

22 – Arsenal had 22 shots without scoring against Brentford, their most without finding the net in a Premier League match since December 2017 against West Ham (also 22). Profligate. pic.twitter.com/LtY87TE0mu

Remember, don’t limit your football knowledge to one singular league. Broaden your horizons by becoming knowledgeable about a variety of leagues, from the MLS to Serie A.

Twitter is like a 2nd home for football fans. Here, fans come together to laugh, cry, and support their teams together. Oh, and they also argue a lot (but it’s usually in good nature).

So, no matter which team you support, make sure to make a Twitter account so that you can join in the debate with everyone else. Twitter is also a great spot for reading about the latest transfer news and rumours (as lots of reliable journalists post on there), making it a great alternative to traditional news outlets.

Also, it’s worth noting that Twitter has become a great source for campaigning against social problems within the sport of football. For example, many fans use hashtags such as #NoRoomForRacism and #KickItOut to make a stance against racial issues that still exist within the modern game. So, if your club is a supporter of these types of causes, you should join in on Twitter by showing your support, too.

Most 21st century footballers have fun and insightful social media pages, from Instagram to Twitter. Here, they will give you a look into their professional and personal lives. For example, Jack Grealish – Manchester City’s record signing – regularly posts training videos and updates of himself to Instagram.

Make sure to follow your favourite players and browse their feeds for extra entertainment during the middle of a game. You can also message players on platforms such as Instagram and Twitter. Remember, though, the more popular a player is, the less likely they are to respond to you (so don’t expect Messi or Ronaldo to reply!). However, if you enjoy watching lower league football, it’s worth DMing your favourite players to show them some support, as lower league players are much more likely to interact with you.

Betting is a key part of football culture. For decades, fans have placed bets on games to add an extra layer of excitement to the occasion. Even cooler, you can bet on pretty much all aspects of a game, from the number of corners a team will have to first-half score predictions.

But what are your options when it comes to betting? Well, there’s quite a lot. There are tons of different betting companies active today, from Sky Bet to Bet365. It’s a wise decision to join a betting company that regularly offers bonuses and free bets and also provides fast withdrawal times.

"I feel lucky to have trained and played with Scholes."

If you’re a beginner to betting, you need to formulate a budget. The number 1 rule of betting is to never go outside of your budget – even if you’re incredibly tempted to do so. Your budget should consider how much you can afford to play with and how experienced you are at betting.