Footballers are global icons and while they make a lot of money from sponsorship deals, not every footballer lets sponsors have it their way. Health, Politics or personal reasons, footballers never shy from making their voice heard irrespective of the cost they pay.

Recently, superstar Cristiano Ronaldo made the headlines for removing a sponsored product from his table during a press conference. 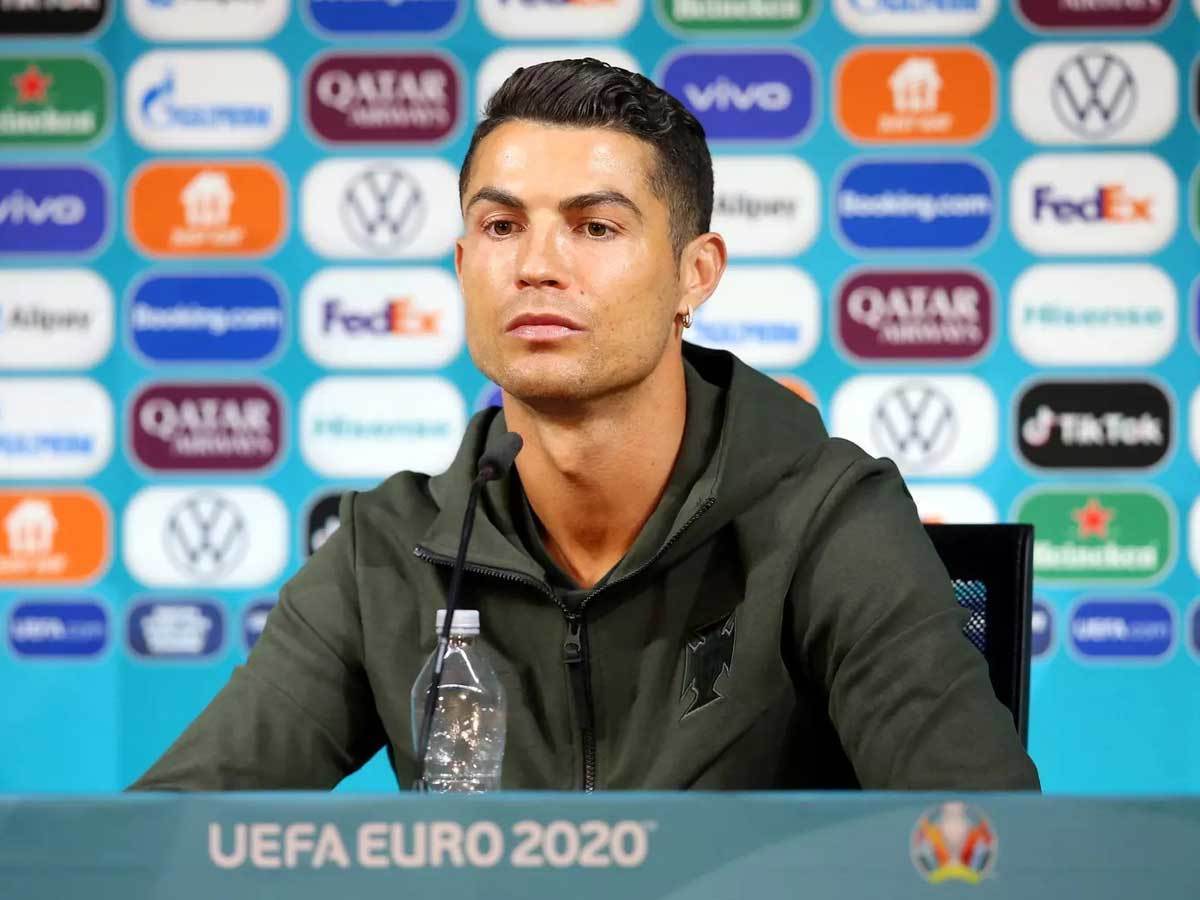 The Portuguese captain attended a media conference prior to their opening game at Euro 2020 and looked annoyed at the coca-cola bottles kept on his table for product placement. The 35-year old star removed the bottles and placed a water bottle in its place, symbolising the harmful effect of such drinks.

His actions were followed by French midfield maestro Paul Pogba who removed a product from liquor brand Heineken in a similar circumstance. Italy’s Manuel Locatelli did the same with the coca-cola bottle at a press conference post Italy’s match against Switzerland.

We, at FootTheBall, take a look at similar instances from the past that caused outrage, controversy, and heavy financial losses.

Football superstars earn a lot and spend a lot. But this time when Brazilian legend Ronaldinho quenched his thirst with a £1,000,000 worth sip, it went a bit too far. At the time, Ronaldinho was sponsored by Coca Cola, as he remained a fan favourite and cult hero despite his declining stature on the field.

Ronaldinho was giving a press conference for his newly joined club Atletico Mineiro. The Brazilian club was sponsored by Coca-Cola’s direct rivals Pepsi. The former Barcelona star felt thirsty as the questions continued, and an innocent sip from the idly sitting Pepsi can cost him a million pounds in unpaid earnings.

If anyone asks about the power famous footballers hold over football associations and their sponsors, tell them this famous incident when Yaya Toure made the Premier League change its man of the match award.

The former Manchester City midfielder and three-time Premier League winner was awarded the Man of the Match for scoring both goals against Newcastle United in the 2-0 victory in May 2012. But the Ivorian legend denied taking a champagne bottle as his prize on religious grounds.

The same day, Premier League announced that it had decided to change the man of the match award from a champagne bottle to a fancy trophy one can happily accept without hurting their individual identity.

In a controversial turn of events, Nike cleared their stance on a female employee’s allegations of sexual assault on PSG’s marquee player Neymar Jr.

The sports accessories and clothing brand had earlier announced that it is parting ways with the player due to undisclosed reasons. But the brand cleared its stance a month later when it revealed the reason behind taking the surprise decision, considering Neymar had been a Nike athlete for 15 years.

The accusation first arose in 2016, but the employee requested the company to not pursue the matter to protect her privacy. Nike started the investigation privately in 2019 after the approval of the employee. The company ended ties in 2021 after the player refused to coordinate with their investigation team.

4.  ARSENAL REFUSE TO BACK OZIL

The player made political comments regarding religious persecution in one of the club’s major revenue-generating country, China. Mesut’s comments were posted on his social media account which blamed China for persecuting its minority Muslim community. The comments created a spark in the accused country and pictures showed Ozil’s effigies being burnt by the angry crowd. Arsenal’s match against old-time rivals Manchester United was blacked out by the official Chinese broadcasters CCTV, who instead played the Tottenham vs Wolves match.

The club refrained from making a statement about the controversy and stated that it remains apolitical. But the treatment of Ozil that followed the instance left no choice for the fans but to correlate it with the prior controversy.

In what was arguably his best season for Manchester United, superstar Wayne Rooney suffered a major financial setback when accusations of infidelity surrounded one of the most valuable faces of football.

Wayne Rooney was awarded the best player’s award by Manchester United, Premier League, Fans and the Football Writers’ Association for his 34 goals in 44 appearances in a successful 2010 season, but the accusation of him being disloyal to his wife Coleen caused him a sponsorship deal from the very brand that was recently sidelined by his former teammate Ronaldo, Coca Cola.

The brand claimed that it was disgusted by the controversy while dropping Rooney off his £600,000 a year worth contract.