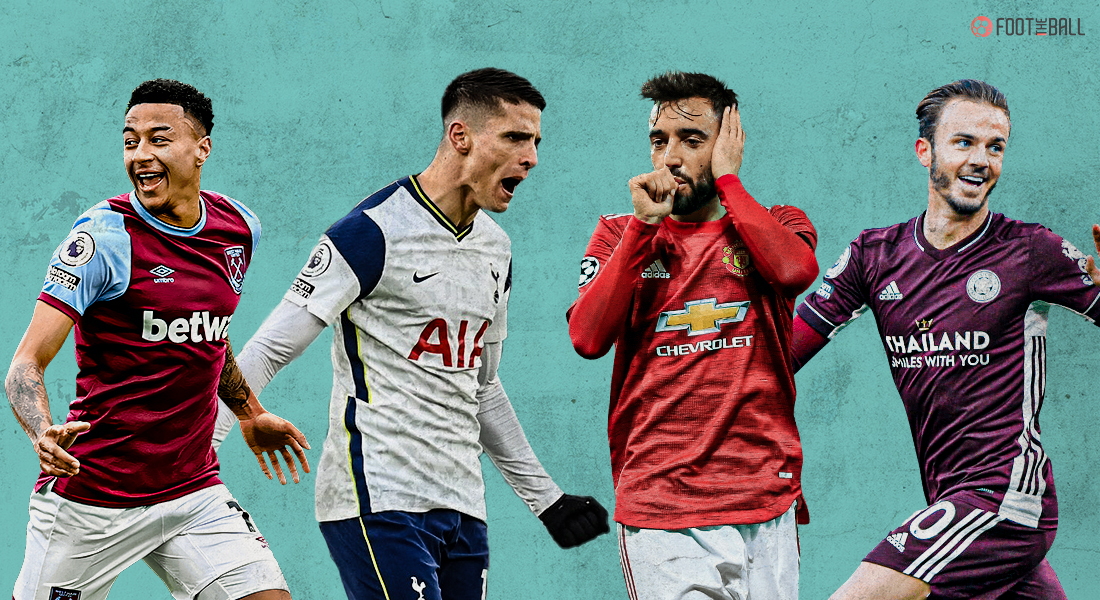 Scoring a goal in a derby is a wonderful achievement but scoring a majestic rabona is a momentous occasion for any player. Brazilian teammate Lucas Moura passed the ball to Lamela who was inside the box. Though the Argentine was surrounded by several Arsenal defenders, he trusted his left foot to secure a goal for Spurs. The ball went through the Gunner defenders fooling Bernard Leno before it landed inside the goal.

Tottenham Hotspurs have scored some roaring goals this campaign. Another Spurs player who could win the goal of the season is their vice-captain and striker Harry Kane. The English striker scored a brace against Crystal Palace to help his team get three points against Palace. But his first goal just after half-time caught the eyes of many pundits around the globe.

A mouth-watering strike from outside the box that leapt over the Palace keeper left the Spurs team in shock. Vicente Guaita could only pick the ball out of his net as it was a rocket that no other keeper could have stopped.

The 2 time Manchester United Player of The Season has enjoyed some outstanding moments since he arrived at the Theatre. Smashing goals and records every week, the Portuguese has been a class apart at United.

Though he has scored some wonderful goals for the Red-Devils, one goal that could win him the Goal Of the Season award is his strike against Everton. Ole Gunnar Solskjær’s team locked horns with the Toffee’s in a very crucial fixture at Old Trafford.

Edinson Cavani opened the scoring for the home team and the referee was about to blow the half-time whistle. He received the ball from right-back Aaron Wan-Bisakka on the edge of Everton’s box.

The Portuguese were almost being closed down by the Everton defenders so he decided to unleash a strike. Much like Kane’s goal that ball was curled over the head of Robin Olsen who couldn’t do much.

The Theatre of Dreams couldn’t believe how Fernandes had been able to sneak in the ball into the goal from such a tight angle. He truly is a Portuguese magician.

A player whose career was almost finished after his time at Old Trafford went into revival mode after he arrived at West Ham United. Jesse Lingard has been a fan favourite since he joined West Ham in January. Reuniting with ex-manager David Moyes helped him to bring out his A-game on the pitch, something he failed to do with the Red Devils.

Scoring 9 goals in 14 matches for the Hammers he’s been an exciting buy for West Ham. In his minimum time at West Ham, he has smashed some marvellous goals for Moyes.

An astonishing strike against Arsenal and the first-class goal against Spurs could all feature in the list. But one goal out of his nine goals that came under the spotlight was his finish against Wolves.

West Ham United went on the counter-attack and Lingard received just behind the half-line. The England international steamed towards the Wolves’ goal running past defenders. He left 4-5 defenders on the floor before finding the back of the net. A sweet hit from his left foot left the goalkeeper on the floor as the ball flew past him giving West Ham the lead.

The 2018 Puskas winner once again features on the Premier League Goal Of The Season list. The Egyptian King is tied with Harry Kane at the top spot scoring 22 goals this campaign. The 28-year-old has managed to score some exceptional goals in the Premier League. And his second goal against West Ham United in January at the London Stadium spoke volumes about his ability.

Liverpool was under attack when West Ham United won a corner for themselves. But the corner got easily defended and Klopp’s team had the perfect opportunity to threaten the Hammers. The move started with a long ball from Trent Alexander Arnold on the right side of the field to the left-back.

Then he played an inch-perfect pass to the box where the lingering Mo Salah just delicately put the ball in the net. Liverpool finally got 3 crucial points and Salah took home another Goal of the Month award.

Winning a game at Etihad with a whopping scoreline of 5-2 isn’t an easy job. But for Brendan Rodgers’ Leicester team it seemed like a walk in the park. Though Manchester City has been crowned champions there were many moments you could look at and smile from the match at Etihad. Maddison would surely be happy whenever he sees the highlight of his performance against City.

The Foxes’ midfielder got past Kyle Walker on his way to goal. None of the City defenders closed him down and he was given too much space by Pep’s side. Maddison without a doubt decided to go for glory as he tried to curl the ball into Ederson’s net.

A shot that had perfection written all over it fooled the back-peddling City goalkeeper as he was left in despair. Though Jamie Vardy bagged a hattrick in the same match, Maddison’s goal took centre stage. He also won the September Goal of the Month for his outstanding effort.

Sebastian Haller was transferred to Dutch Club, Ajax in the January transfer window. But the man from Ivory Coast didn’t leave England without leaving a mark. The West-ham striker netted a divine goal against Crystal Palace.

The Hammers were a goal down before the second half started and were looking for inspiration from somewhere in the field. And the lanky striker raised his hand at the time of adversity. An acrobatic finish that saw the net bulge earned him the Goal of the Month in December. Haller was in the right place at the right time when a lofted ball came inside the box.

He still had a lot of work to do as he scored with an overhead kick. The ex-West Ham Player was on the floor as he saw the ball landing inside the net before he stood up to celebrate his strike.

The only defender to feature on this catalogue is Fulham’s left-back Ola Aina. The defender has two goals to his name but only one of them was voted the best goal in November. Fulham lead at Craven Cottage after just 26 minutes.

But the moment of the game came thirty minutes into the half. A rocket strike from the edge of the right-hand side of the box saw Fulham double their lead. Aina had found some space in front of the goal and was sure of what he was doing.

A thunderous strike that went into the top corner of the goal saw his Fulham teammates clap in honour of the defender. He surely could be awarded the Goal of the Season because of his strike against the Baggies.

Edinson Cavani has always been one of the best strikers going around the world of football. After leaving a mark all around Europe he came to Old Trafford to start a new chapter in his career.

But in just one season he has proven his worth for the Red Devils. Scoring in crucial matches, assisting his teammates and being a dominant figure on the pitch he has all the qualities of a deadly striker.

United hosted Fulham in their last home game of the season and it could have been a good audition for every United player who would have wanted to be included in the Europa League Final. And Cavani found the right way to impress his boss Ole Gunnar Solskjær. With just 15 minutes into the game, he scored a goal for the ages.

Bruno Fernandes dummied David De Gea’s pass into the path of Cavani who received the ball just in front of the half-line. The Uruguayan looked up once and without any doubt went for a goal.

Alphonso Areola was left back-peddling but couldn’t manage to save Fulham from going a goal down. Cavani would surely tell his grandkids about his goal against Fulham cause it’s one of these that go under the category of ‘WOW’.

The last nominee on this list is West-Ham midfielder Manuel Lanzini. Injury-time equalizers always motivate a team to perform well. And West Ham and Lanzini have had an amazing ride this season. Tottenham led the game for large parts of the tie and the Hammers had the last chance to salvage a point when they got a free-kick in the 94th minute.

Cresswell crossed the ball into the mix but it was headed out by the Spurs’ backline.

The ball wasn’t completely cleared by Spurs as it bounced in front of Lanzini who was ready to hit in the volley. And he managed to find the right spot, a sweet connection saw the ball rocket into the top corner leaving the dejected Tottenham players on the ground.