Following changes in the management hierarchy, a number of players may be set to depart Tottenham Hotspur in the close season. Much speculation will undoubtedly follow but one man who is almost certain to be heading for the exit door is Erik Lamela. 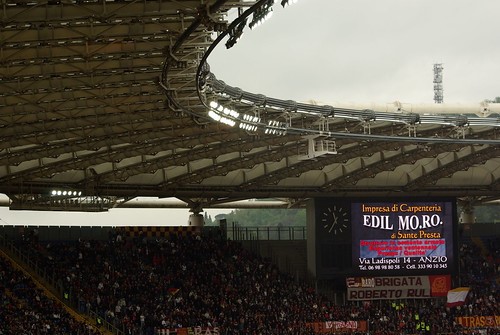 Following changes in the management hierarchy, a number of players may be set to depart Tottenham Hotspur in the close season. Much speculation will undoubtedly follow but one man who is almost certain to be heading for the exit door is Erik Lamela.

The Argentinian international midfielder divides opinion at his current club. He’s capable of moments of sheer brilliance and Spurs fans will never forget his two ‘Rabona’ goals during his stay. Unfortunately, he’s been unable to perform with any great consistency and it appears that his time is up.

As far as many reports are concerned, the only question is, where will Erik Lamela go?

No fewer than four Serie A clubs have been linked with a move for Lamela this summer. According to some reports, Napoli are the front runners while Roma’s new manager Jose Mourinho is keen to link up again with a player who he coached at Tottenham.

AC Milan have also been mentioned and it’s believed that the club previously tried to sign the Argentinian. Back in 2018, reports claimed that Lamela was offered by Spurs to Milan as part of an exchange deal involving Krzystof Piatek. Interest has allegedly been renewed even though Piatek has since left the club.

Inter Milan have been linked with Lamela’s signature in the past and have also been mentioned in recent days. However, having just won the Serie A title, thereby ending the dominance of Juventus, Inter may have moved on.

Of those four suggestions, Roma may be the most likely destination. Not only is Lamela’s former manager Jose Mourinho waiting to take charge, the player would be returning to a club where he made his name. The midfielder spent two seasons in Rome and his performances alerted Spurs who completed his signature back in 2013.

Roma are ambitious and have many targets for next season. The club reached the semi-final of the Europa League and are challenging to be among the European places at the end of the current Serie A campaign. As such, many see them as a potential outside bet to win some silverware in 2021/22.

Serie A betting odds supplied by sbo.net will show Roma among the chasing pack behind the likes of Juventus and the two Milan clubs. Those markets will start to adjust as the new season approaches and sbo.net will continually be updating the new prices.

Readers can follow these markets and they can also look to sign up with new sportsbooks if they wish. Welcome deals and ongoing promotions will be accessible via operators who accept a choice of deposit and withdrawal options.

Roma may not be everybody’s selection but with Mourinho on board and Lamela included among a clutch of new players, nobody should write them off. The manager will officially take over at the start of the 2021/22 season but Jose will already have a number of new signings in mind. Along with Lamela, Roma have also been linked with Juan Mata, Nemanja Matic and Eric Dier, amongst others.

Tottenham Hotspur fans got to see the best of Erik Lamela but sadly the glimpses were all too fleeting. While at Roma, the Argentine international contributed a number of goals from midfield but, in 254 games for Tottenham, he’s scored just 37 times.

That return hasn’t been helped by the fact that some long term injuries have kept him on the sidelines at times. It should also be kept in mind that many of those 254 appearances have been from the substitute’s bench. Lamela has been used as a sub partly because those injuries have stopped him from earning a consistent run in the starting XI but on other occasions his form simply wasn’t good enough.

His performances continue to split opinion and there are many Spurs fans who would like to see him remain at the club to display his full potential. However, at the age of 29 and with eight seasons in North London behind him, that chance may have passed. It looks almost certain that Erik Lamela will be leaving Tottenham Hotspur at the end of the season but his next destination is less than clear.