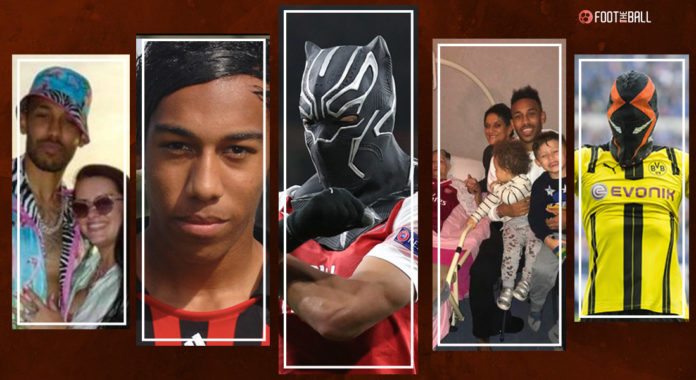 Pierre-Emerick Aubameyang has signed for Chelsea on the summer 2022 transfer deadline day. This marks his return to top-flight English football. The ex-Arsenal player broke down with the team and staff while he was still an Arsenal player and was even stripped of captaincy for disciplinary reasons. He joined the Gunners back in January 2018, winning the Premier League Golden Boot in his first full season.

The Gabonese international was nothing short of brilliant, stepping up when the team needed him the most. He bagged 140 goals and 25 assists in 254 appearances. It was unfortunate that his spell at Arsenal had to come to an end when he left the club for Spanish giants in January 2022 by mutual consent.

Chelsea have been busy this entire summer signing big names like Raheem Sterling, Kalidou Koulibaly, Marc Cucurella and Wesley Fofana. Aubameyang back in the Premier League in a Chelsea side with such incredible players is exciting. Chelsea were missing a key target man, with Kai Havertz not being able to deliver goals or assists from a false-nine position so far.

Aubameyang is a very well-known individual across football but here are 10 lesser-known facts about the latest superstar to land in Chelsea.

It’s in the DNA

Aubameyang is very close to his father. Aubameyang Sr. has represented and captained the Gabonese National Team where he had 80 caps. He also represented his country twice in the Africa Cup of Nations in 1994 and 1996. He was a natural central defender who also played for many top teams in the French Division. Both father and son are very close. His father also has good football knowledge and keeps giving him advice regarding important decisions in his life.

Born and Raised in Italy

The striker was born and brought up in Italy, where his father was head scout for Italian giants AC Milan. He started his football career there after living there for a very long time.

His ability at a young age was very impressive and caught the eye of the Italian Federation, who wanted to tie him up. He was offered the chance to play for the U19 Italy Football National Team, but he rejected the chance. It could have been very different had he chosen the Azzurri.

His family are Real Madrid fans

Yes, you read that right. The ex-Barcelona forward’s mother once told reporters that their family is full of a bunch of Real Madrid fans, his grandfather being the biggest. Aubameyang grew up in that environment and like every child, he also wanted to fulfil the dreams of his family.

His family dreamt of seeing the Gabon striker play for Los Blancos. He even made a promise to his grandfather on his deathbed that one day he will play for Real Madrid.

Man of many masks

Auba has shown his interest in superhero masks throughout his football career, incorporating them into his celebrations. One of the first such celebrations was while he was still at French side Saint-Etienne where he scored and celebrated with a Spider-Man mask on. Another such celebration was during his time at Dortmund, where he celebrated with the Batman mask. He is a huge fan of the Dark Knight.

He very often draws inspiration from animated characters and what they stand for. He once celebrated wearing a Black Panther mask and when asked about it, he said, “I needed a mask that would represent me. It is a Black Panther and in Africa, in Gabon, we call the national team the Panther of Gabon. It represents me.”

He has a supportive wife

Aubameyang and his wife, Alysha Behague have been together for a very long time since he was playing for Saint-Etienne. She supported and followed him to Italy, France, Germany and finally England, where he got his big move to Arsenal.

He is a lucky man. She also shares common interests in sports cars and heavy shopping sprees. The couple have two sons, Curtys and Pierre.

During his spell in the French division, when he was starting out his career, Newcastle United showed interest in signing the striker. Even though he rejected their offer back in 2013, they still gave another enticing offer in 2014.

Aubameyang, after advice from his father, decided to reject the Magpies and signed a contract with Borussia Dortmund because his father was a fan of Jurgen Klopp.

He has an expensive taste

Pierre-Emerick Aubameyang has very high standards when it comes to fashion. He sure loves a sports car or two, designer clothes and living in a big mansion. He is surely a flamboyant player. His fashion sense is not for attention but just the way he likes to live, he is passionate about looking good and he surely does a great job at it.

He took this to another level when he wore custom-made boots to a football game costing approximately £2,500. They were coated with the highly expensive Swarovski crystal. The work was delicately done, given that no less than 4,000 tiny crystals were used.

Aubameyang is regarded as one of the fastest players in the game. He is so quick that he is able to race 30 metres in just 3.7 seconds. Aubameyang is scientifically destined to be among the greatest strikers in the world, known for his pace, finishing, and off-ball movement. He is practically custom-built for speed and agility.

He has also claimed to be able to run faster than Olympic sprinter Usain Bolt, but that hasn’t been proven. He has been challenged to a 100-metre race by German sprinter Julian Reus but he has not accepted the challenge.

He is a quiet, introverted lad

Contrary to his expensive and flashy lifestyle, with his boots, clothes, hairstyles, his teammates have described him as a quiet lad who doesn’t drink alcohol and spends most of his time focusing on football.

He is one of the rare examples of a footballer putting a smile on everyone’s faces. Everybody loves him and he has a top-tier mentality with only victory on his mind.

Ronaldo is his role model

Even though he has admitted that he is a huge fan of Thierry Henry, Ronaldo has always been his biggest role model. Aubameyang described Ronaldo as a ‘giant of a player’, who was dynamic, strong in the air, and technically gifted. Today, the Gabonese striker has become a role model for so many other footballers because of his hard work and dedication.