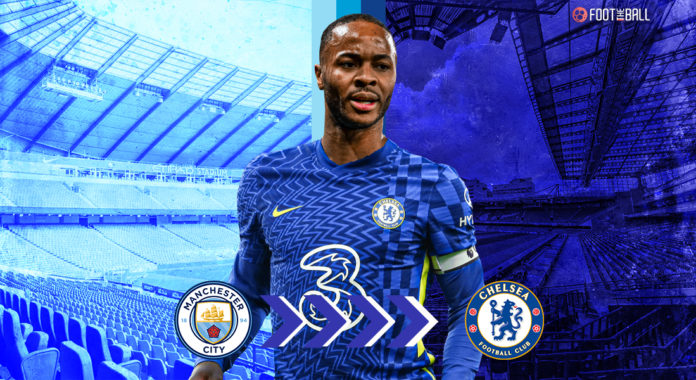 Raheem Sterling became the most expensive English player of all time when Manchester City signed him from Liverpool in 2015 and, as always with a big-money move, he did so amid high expectations. There were those who doubted whether he was worth the eventual £49m fee, but his improvement and the trophies won under Pep Guardiola have ended debates over his value to one of the best teams in Premier League history.

In scoring his 100th goal under Guardiola in February 2021, Sterling joined an elite group –Lionel Messi and Sergio Agüero are the only other players to have achieved that feat. He is so important to Guardiola that he almost never misses a game. “He’s an exceptional player,” Guardiola said. “He plays all the minutes for us. Of course, there will be a moment where he takes a rest but he is such an important player that we cannot leave him out.”

Sterling will give Chelsea an excellent off-ball presence who can disrupt opposition defences with astute movement, and will help ameliorate their struggles against deep sitting defences. His arrival means someone like Kai Havertz can focus more on creating from deep rather than performing a role as both a creative presence and the side’s primary goalscorer.

Sterling may not be a prolific goalscorer or an out-and-out number nine, but he should give Chelsea a reliable source of goals and, crucially, suit Thomas Tuchel’s attacking system. Keeping all that in mind, how good a fit will the England forward be for the Stamford Bridge outfit – FootTheBall rate his transfer to Chelsea here.

Sterling has long been a huge threat in one-on-one situations, but he has become so much more than that under the guidance of Guardiola at City. From his earliest days in Liverpool’s first team he used his speed and acceleration to beat opponents, but over time defenders adjusted to his preference to attack on the outside. Since moving to City he has worked on cutting back infield and has become deadly when doing so. Sterling is equally dangerous on either wing and his ability to go down the line or cut infield makes him not only particularly unpredictable, but capable of providing a better link with the lone central striker Guardiola prefers.

Sterling’s ability to effectively counter-press has also improved. At Liverpool, because of his speed, he was adept at applying pressure, but his pressing has become more intelligent. He has rarely registered huge numbers when recovering possession, but he is better at forcing defenders into smaller spaces and the rushed clearances that lead to regains, even if Sterling doesn’t actually directly win the ball very often. Both in winning the ball and in attacking situations, he has improved how he uses his body. He is pushed off the ball less often and is able to hold defenders off while dribbling; defensively, those improvements have also helped his team to more consistently recover the ball high up the pitch.

Sterling has repeatedly stepped up when it matters for Guardiola’s men on numerous occasions, regardless of the competition. Given he has featured 225 times for City in the Premier League, it comes as no surprise that the winger has grabbed more goals (91) and assists (43) in the English top-flight than in any other competition during his time at the Club.

However, what is truly remarkable is that the 27-year-old has averaged at least one goal or assist every two matches across his City career in every competition he’s featured. Indeed, with 200 goal involvements in 328 appearances to date, Sterling finds the net or provides for a teammate at a rate of 0.7 per match.

No other City player has grabbed as many goals or assists as Raheem Sterling since the winger joined the Club back in 2015. The winger’s closest rival is fellow long-standing City star Kevin De Bruyne, who has scored 79 times and claimed 111 assists during his time at the Etihad Stadium. Indeed, only record goalscorer Sergio Aguero has found the net more times than Sterling in that time, while only De Bruyne can better his tally of 72 assists.

The 20 league goals Sterling scored in 2019/20 represented a career-best, but a consequence of his increased focus on scoring was him recording his lowest ever total of assists. In 33 appearances for the Premier League’s highest-scoring team he managed just one.

Sterling continues adding to his game and, having developed into one of the Premier League’s most deadly goalscorers, there is little reason to think he cannot record more assists and do the same at Chelsea. As soon as Chelsea finalised the offloading of Romelu Lukaku, Raheem Sterling emerged as the prime candidate to replace the Belgian striker.

With the arrivals of Erling Haaland and Julian Alvarez threatening to diminish Sterling’s role, one which has already reduced in recent years, the 27-year-old decided to join Thomas Tuchel’s side and secure his spot in England’s World Cup squad.

Lukaku is a very different profile of forward to Sterling and while the latter has shown he’s capable of playing as a false nine, his arrival in the midst of Lukaku’s exit signals Tuchel’s desire to alter the dynamic of his frontline.

Chelsea looked better with Kai Havertz playing at number nine, interchanging with the rest of the front three and participating in quick interchanges of passing in tight areas to create chances. This style of attacking football is what Tuchel first implemented when he arrived at Chelsea and as the last year has shown, he seems more inclined to improve upon this model, rather than adapt it to suit a different type of forward.

Sterling is a much better fit for the profile of forward Tuchel seems to prefer. He’s played in a variety of roles and positions, featuring in the hole behind a front two, as a second striker, a left-winger, right-winger, and false nine. Such versatility is a testament to the range of technical abilities Sterling possesses as well as his tactical acumen.

Seven years, over 100’s of goals, loads of assists, and four Premier League trophies later, you would think he has done enough to end the debates over his value or impact at both international and club levels, but that hasn’t been the case. Despite his achievements, some fans still do not believe he is good enough.

Since joining City, Sterling has excelled for club and country. Only the Champions League title has eluded him. Since Pep Guardiola arrived at the Etihad in 2016, Sterling has been one of Manchester City’s best and most consistent outfield players alongside Kevin De Bruyne, and the stats back it up. His 131 goals in 339 appearances place him second on City’s all-time goal-scoring chart, only bettered by the legendary Sergio Aguero.

His first four seasons in Manchester went according to script. He was a regular starter, won trophies for sport, and was an influential figure in the dressing room. However, turbulence rocked his boat in the 2020/21 campaign, where he went through a spell of poor form.

Sterling has always been underappreciated and disrespected. He is often scrutinised for missing big chances, which is not an unfounded opinion but still ridiculous. In the 2021/22 season, Lewandowski scored 35 Bundesliga goals, but it was not mentioned that he missed 32 big chances. Top players miss big chances, but that also means they score a lot of goals. When they get into the right positions but fail to score enough goals despite missing big chances, as in the case of Timo Werner, then you can get worried. Sterling is not a man without faults either.

It’s always frustrating when he finds a way to convert the hard chances but spurns the easier ones. But he has nothing else to prove. His numbers speak for themselves. However, he is more scrutinised than the likes of Mo Salah, not because he’s unable to affect the game positively, but because he misses a lot of big chances against high-profile teams.

It’s no secret that if Chelsea were to compete for glory next season, they have to improve their current attacking options. Hakim Ziyech, Christian Pulisic, Callum Hudson Odoi, and Timo Werner have failed to be consistent threats when given the chance. Romelu Lukaku spent his supposed glorious return to the Bridge, hung up on his time at San Siro. Kai Havertz isn’t quite the finished article, but there are aspects of his game that have shown he can be relied upon.

However, the addition of Raheem Sterling would not just be an instant improvement to this current Chelsea side, but it would also give the young forwards a more mature figure to learn from in their development.