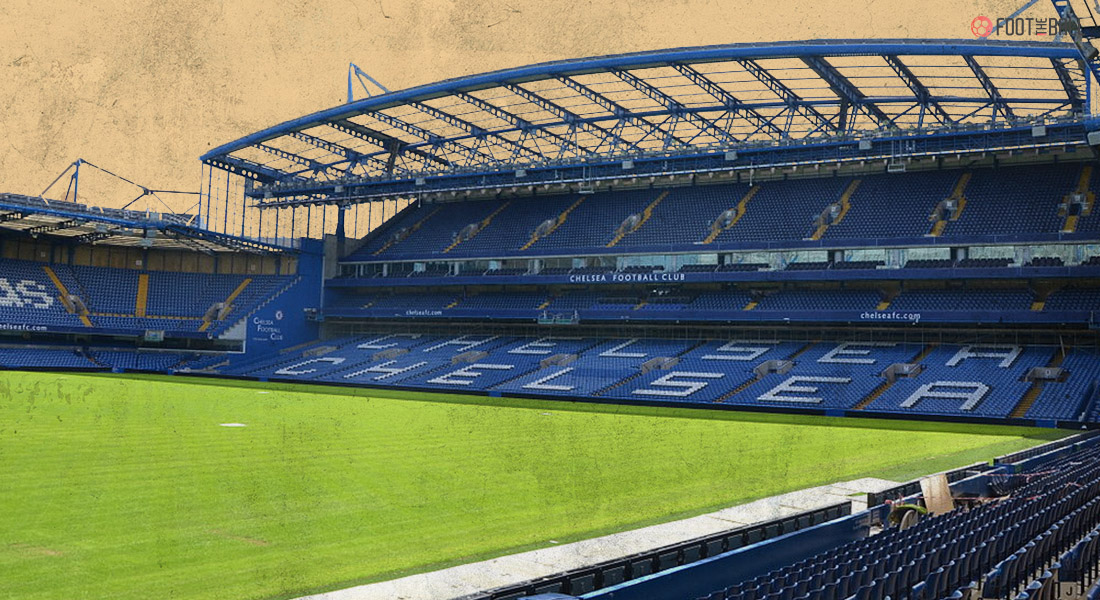 Chelsea have been one of the most iconic and historic clubs in England ever since their founding in 1905.

Their home stadium of Stamford Bridge has become a fixture of the footballing landscape and continues to remain one of the most formidable stadiums to play at. The structure has undergone a lot of redevelopment over the years and is now under the ownership of a Trust.

However, what has remained less known is how the name “Stamford Bridge” came to be in the first place. The answer is steeped in the local area of the neighbourhood and names of landmarks that all sort of conjoined to become what we know today.

The Bridge had been a sporting arena since 1877 and was primarily used for athletics meetings of the London Athletic Club. It was only after its purchase by brothers Gus and T.J. Mears (Chelsea’s founders) that the stadium was renovated into a football stadium, as they already had purchased a garden market which they wanted to merge.

The architect of the site was Archibald Leitch who had also designed Ibrox (Rangers’ stadium), and Craven Cottage (Fulham’s stadium) among others. Though the stadium was offered to Fulham to play at, the Cottagers declined the offer. That led to the birth of Chelsea and the stadium was an instant success as the Blues made their debut in the top-flight within just two years and attracted crowds numbering 50000-60000.

This was the time when they were called the “Pensioners” due to their connection with a famed nursing home nearby. The actual location of the stadium is not in Chelsea, “but just over the border in the neighbouring London Borough of Hammersmith and Fulham.” according to the club’s website.

They share an intense rivalry with Fulham of course and the Shed End, the most famous part of the stadium arguably, was even called the ‘Fulham Road End’ at one point in time.

The naming of the stadium is where the history gets a little confusing without any clear certainty as to how it eventually turned out the way it is. First and foremost, the words “Stamford Bridge” itself have a lot of history attached to them for the country’s public. It was the site of King Harold’s famous victory over the Vikings in Yorkshire in 1066.

82000 at Stamford Bridge for Chelsea vs Arsenal in 1935 pic.twitter.com/FZJY0rNoXA

However, by all accounts, that battle has had nothing to do with the stadium’s name more than 800 years later. Behind the East Stand of the stadium, there is a stream called “Stanford Creek” which runs into the Thames.

The place where the stream crosses Fulham Road, was called the ‘Little Chelsea Bridge.’ The previous name of this structure was the ‘Sanford Bridge.’ Furthermore, there was a bridge over the stream on its King’s Road side called the ‘Stanbridge.’ Most historians now agree that the combination of the names of these two bridges along with the stream’s name gave rise to the name “Stanford Bridge,” which was what it was called back then.

The next part of it remains a mystery, however. That initial name was at some point in the ensuing years ultimately changed to Stamford Bridge which has remained ever since.

Chelsea are one of three clubs along with Liverpool and Sheffield United to have the same home since their inception. It also briefly hosted three FA Cup finals in the 1920s, though the Blues were not a part of any of them, and has provided plenty of memorable moments during its long illustrious history.

It has witnessed the hoisting of five Premier League trophies along with the most recent triumphs in the UEFA Champions League followed by the UEFA Super Cup. There is no doubt that many more such events will happen in the future.