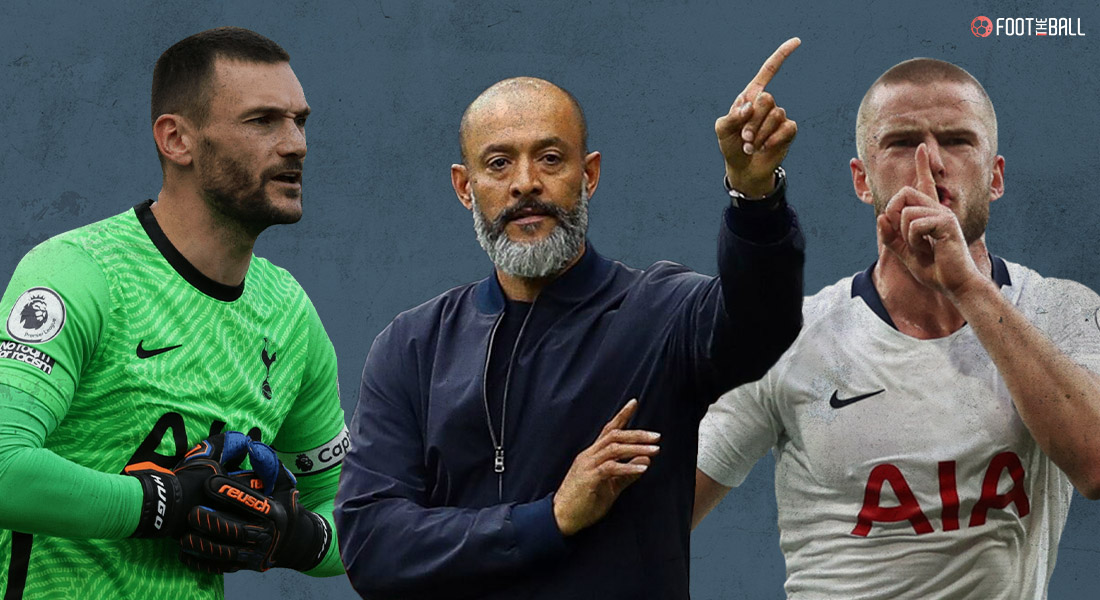 Tottenham have had a fascinating first two games of the season. After a solid 1-0 win over defending champions where they were the better side throughout, Nuno Espirito Santo’s side crumbled to a meek defeat at the hands of Pacos de Ferreira on Thursday. That loss in Portugal, though they had a fully changed lineup, will still rankle amongst the supporters.

It brings up the familiar old phrase of “Spurs doing a Spurs” which is something that no doubt will be heard more of as the campaign progresses. With Harry Kane’s transfer saga yet to be sorted out, this promises to be an inconsistent year for the new man-in-charge.

CAN SPURS DO IT WITHOUT KANE?

The main question that remains on every fan’s mind. The uncertainty surrounding their starman’s future has meant that nobody following it is quite sure of what will transpire before the end of the month. Having signed a six-year deal in 2018, it will not be easy for Kane to wriggle out of it, especially with Daniel Levy handling negotiations.

The Spurs supremo is a notoriously hard man to have dealings with and he has made it infinitely clear that Kane is going nowhere. If Kane were to stay, the follow-up questions remain on how good of a headspace is he in? Is he really as committed to the team as he was a couple of years ago?

😳 "Maybe I am the only one who doesn't really care about what is being said and written outside (about Harry Kane)."

The mental demands of the Premier League are just as strenuous as the physical aspect and with Kane already set to join the team much later on, the question marks will persist for some time if not the year. Now, if he were to leave, no matter the team he goes to, it will leave a sizable amount of void for any manager.

Santo has to then decide whether he will be replacing Kane or sticking with the options that he has? It will be impossible to buy anybody of Kane’s quality without paying an inflated price so common wisdom does dictate that the Portuguese will make the best use of the players he trusts. They have a decent starting 11 as was evidenced on matchday one but what happens after?

The game against Pacos saw Santo name 17-year-old Dane Scarlett as the main head of attack with 18-year-old Nile John starting in defence. Elsewhere, the team consisted of players who had been overlooked by previous managers (Ryan Sessegnon, Cameron Carter-Vickers) or had been having a poor run of form lately (Matt Doherty, Harry Winks).

Though they had all three of their new signings together, it was clear that Bryan Gil and Cristian Romero will take some time to get up to speed. However, the most worrying thing about this whole affair is that the players who were involved in this match are the direct understudies to the senior squad.

🗣"We still need to find the right position for him."

Nuno Espirito Santo was happy with the debuts of his new signings in Tottenham's Europa Conference League defeat, but says he is still finding the right position for Bryan Gil pic.twitter.com/aOykkYSPUX

Tanguy N’Dombele, Spurs’ record signing, has been frozen out of the squad and looks set to leave, depriving the side of a senior midfielder. The bridge between the established stars and the second-string side is stark. For example, all three of Heung-Min Son, Lucas Moura, and Steve Bergwijn started against City which left Scarlett and Jack Clarke (20 years) as the next best options.

Nuno showed a blueprint for life after Kane, but Spurs will need more goals from Lucas Moura & Bergwijn for it to work over a season:https://t.co/T1jeltYM6Y

If one of the senior pros get injured, Santo will have to alter his formation and style of play if Kane departs. The fluidity with which the forward trio were able to interchange positions and linkup play was inspiring if needed. With Kane in the side, one of them will have to settle for a place on the bench which might actually help the team in the long run.

Son has developed into a consistent goal scorer and provider over the recent years, with last season being his best yet statistically. It is the players other than him and Kane that need to step up if Spurs are to achieve a good finish. Moura and Bergwijn had a combined 11 goal contributions (four goals, seven assists) which is not something you can do with if Kane leaves.

Harry Kane this week let it be known how unhappy he was with Daniel Levy, he should be equally unhappy with Man City. #harrykane #Spurs #ManCity #PremierLeague

The over-dependence on Kane is well-known with his form in front of goal often proving the difference between a win and loss. Santo knows he has a lot of work if he is to turn this team into consistent performers and is looking to bring in 18-year-old midfielder Pape Sarr to provide additional depth.

The two matches already have provided just how difficult the task will be, with just a few starters missing having derailed them on Thursday night. No doubt there will be some surprising wins but the fact that there is not any great expectations from the club this season tells a lot.