WHO ELSE IF NOT HARRY? 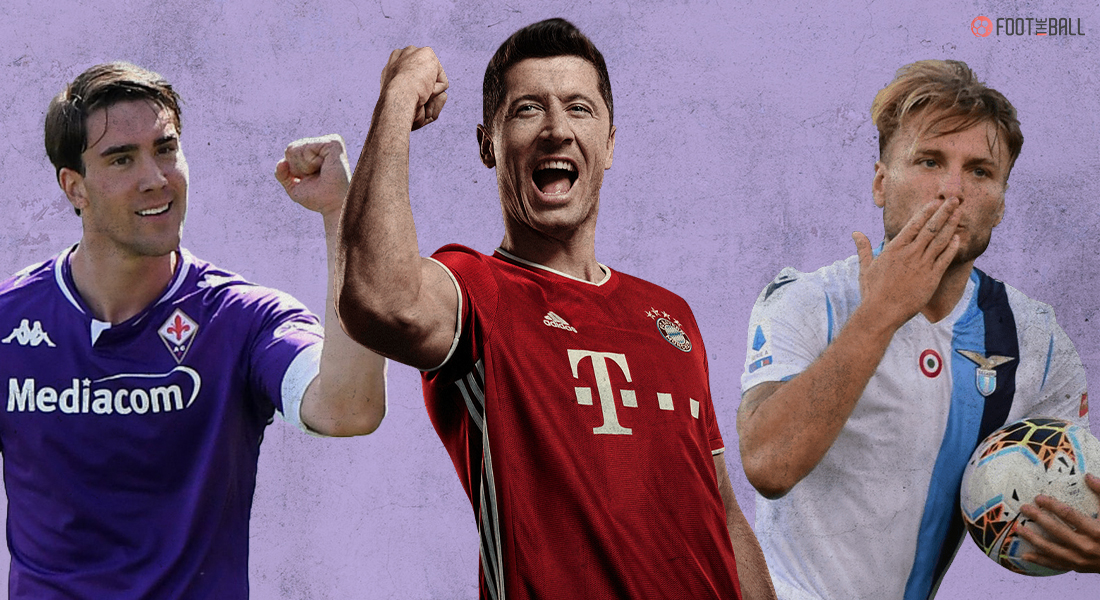 We are approaching the final days of the transfer window and the teams are completing deals in a frenzy. One deal that’s nowhere near its conclusion is Harry Kane to Manchester City.

The defending champions of England have openly admitted their desire to land the English international. Though the player is also interested, a deal is yet to be struck between City and Tottenham Hotspurs. Hence the need for Kane alternatives emerge for City.

Manchester City bid for Harry Kane is in place since last week, no news yet. €150m proposal ready from Man City but Tottenham are still on the same position. 🏴󠁧󠁢󠁥󠁮󠁧󠁿 #MCFC

Kane has been training regularly with Spurs since last Friday – and he’ll be respectful in the next days. #THFC

It is understood that there is a monetary difference between both clubs. Spurs chairman Daniel Levy is demanding around £160 million for Harry Kane. The Citizens are yet to meet the price tag. With time running out, the possibility of the deal looks unlikely. Harry Kane has started training with Spurs again keeping this in mind.

City need a striker to replace club legend Sergio Aguero who left for Barcelona this summer. If anything, their 1-0 loss to Tottenham highlighted their desperation. With a move for Kane unlikely, who are the others the defending champions can sign in the window?

FootTheBall looks at five potential alternatives for Manchester City if the Kane deal doesn’t go through.

Vlahovic enjoyed a tremendous breakthrough campaign with Fiorentina last term scoring 21 goals. The Serbian striker more than tripled his tally of six goals from the previous campaign. He is extremely efficient in front of the goal as he converted 21 out of 24 shots on goal.

Vlahovic is a proper number nine and has perfect instinctive finishing. He also offers run beyond the last defender and has pace enough to beat centre-backs in a foot race. His 6’3ft frame helps him dominate aerial battles making him a direct target for set-pieces.

Dušan Vlahović for Fiorentina in 2021:

The potential is there and many clubs are knocking on his door ✊ pic.twitter.com/P0ki4ND719

The Serbian is only 21 and has all the time to develop into a world-class striker. At Manchester City, he would bring a whole new dimension to their attack. While it’s impossible to replace Sergio Aguero, his goals can be replicated to a smaller extent.

City have abundant wingers and playmakers to create chances, but very few strikers to finish them. If Vlahovic can get the hang of Pep’s tactics and movements required he might easily slot into their attack.

Fiorentina president Commisso about Vlahovic and Atléti, Spurs and Man City rumours: “I don’t know what’s gonna happen but I’m planning to keep Vlahovic this summer, I want him to stay. But if we receive a bid for €100m, I’ll think about it”, told to Ansa. 🇷🇸 #THFC #MCFC #Atleti

City board must carefully decide whether he could replicate his heroics from the Serie-A into the Premier League. The La Viola expect a huge bid for him and City must act quickly in the window as other teams like Atletico Madrid and Tottenham Hotspurs are interested in him.

To everyone’s surprise, Robert Lewandowksi has dropped a bombshell. It is reported that the Polish sharpshooter wants a new challenge and is looking for a move away from Bayern Munich. Bayern Munich were taken aback by the decision but respecting Lewandowski’s wish they’ve put a £100 million price tag on his head. To City’s advantage, Lewandowski would come at a cheaper price when compared to Harry Kane.

𝐁𝐑𝐄𝐀𝐊𝐈𝐍𝐆: Robert Lewandowski wants a new challenge away from Bayern Munich but the club has valued him at more than £100m.

Lewandoski under Pep Guardiola was an absolute goal-scoring machine. The Pole scored for fun in the Bundesliga as they won title after title in Germany. Pep’s reaction to Lewandowski’s five goals in nine minutes was immortalized. After Pep left, Lewandowksi took his game to another level.

He has been in otherworldly form since 2019 leading Bayern Munich to an unprecedented sextuple. He was firmly in contention for Ballon d’Or before it was scrapped in 2020. After a successful Euros, he is back for more goals in the new season.

Harry Kane could be more experienced in the Premier League but Lewandoski would offer more world-class services to Pep Guardiola’s Manchester City. His movement and instincts would help them in breaking down bottom table clubs and low blocks. Perhaps if all things fall in place, Lewandowski might finally make his move to England and maybe this time there is no ash cloud burst.

The Italian striker is a shining light in a pale Torino side. His goals have constantly helped the Il Toro survive in the league. However, approaching the prime of his career he would want to move to a bigger club that’d help him win some silverware. Belotti also aims to be a regular for his national side. He helped the Azzurri win the Euros despite missing a decisive penalty in the shootouts in the final.

Belotti has scored 100 goals for Torino in all competitions 🐓⚽

Belotti is a classic centre-forward who doesn’t rely on pace to score goals. He enjoys holding up the ball letting runners get behind. Belotti has incredible close control on the ball and smooth footwork to do some fancy flicks and tricks to send balls in behind.

He is excellent in the air and poses a solid threat at setpieces. Despite the odd miss at Euros, he’s a safe prospect from the spot. An assured penalty taker is missing at City and they’d be happy to welcome one.

Unstoppable. Incredible that no big club signed him back then. 🐂 pic.twitter.com/9t0N8tZFxy

Belotti hit a career-best 26 goals in the 2016/2017 season. Though the numbers dropped in the subsequent season, he was a constant goal threat. Belotti averaged 15 xG in the previous four seasons. Those numbers would only go up when playing for a team of City’s quality. He could feast on the service provided by the likes of Kevin de Bruyne and Jack Grealish.

Ciro Immobile is ageing like fine wine for club and country after crossing the magical figure of 30. On the back of a 20 goal season in the league with Lazio, he helped his Italian side conquer the continent with two goals.

Immobile spent the majority of his career in Italy with sole season spells across Germany and Spain. A challenge late his in career would probably define his career. If the move guarantees trophies, it’d add some silver lining to his career.

Immobile is an excellent finisher and is comfortable shooting with either foot. He is lethal inside the box and doesn’t shy away from having a go from outside the box. He is an intelligent footballer and knows how to pester defenders with constant movement. Immobile used to make runs in behind in his hay day. As he lost pace, he compensates for it with better positioning. Simone Inzaghi’s 3-5-2 system pits him in a strike pivot where Immobile built a great relationship with Joaquin Correa.

He added linkup play to his arsenal along with clinical finishing. Using his physical strength he strongly holds up the ball with his back to goal. This allows their wing-backs to provide some much-needed width. Pep Guardiola would like this potential prospect of hold up play. If the right offer arrives, Lazio would definitely consider selling him.

A youngster on the rise and a potential superstar in the making after scoring 17 league goals for Real Sociedad. Isak turned heads with his performances at the Euros with Sweden. Despite not scoring a goal at the Euros, his directness, linkup play and passing impressed many at the summer gala event.

Though he’s committed to a long contract at Real Sociedad, a move to City would always be tough to resist. Perhaps David Silva can put a good word for him at the Anoeta.

The 21-year-old is more of a modern-day forward who is direct in his approach. Blessed with explosive pace he has long strides thanks to his height to accelerate away from defenders. He also has a strong finish and is comfortable with either foot.

He also drops deep into the midfield to instigate attacks and plays the killer pass often. Isak is a proficient worker off the ball and has endless energy as he presses the opposition defenders high up the pitch. This would make him a tailor-made fit for Guardiola’s system.

Isak had a taste of big club football earlier in his career with Borussia Dortmund. The move came early for the Swede as he wasn’t able to impress coaches at the Westfalonstadion. He had a short spell in the Netherlands before arriving in Spain where he has broken out. Another shot at big club football with the prospect of becoming a long-term solution would excite him.