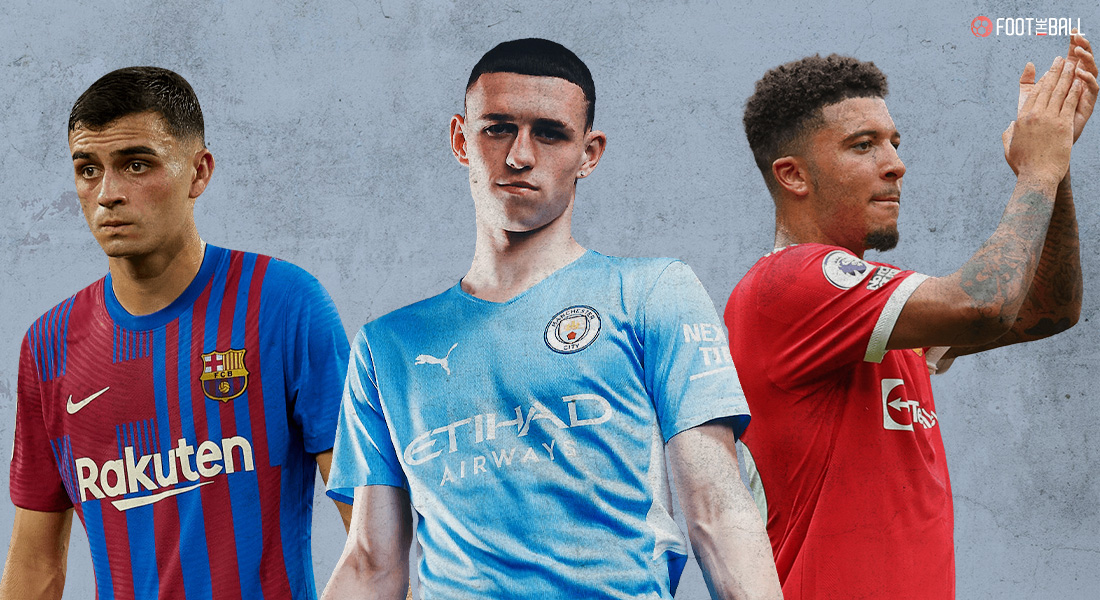 FIFA 22 is set to debut on October 1, with the release of the overall ratings already causing a storm on the internet. Some are happy, some are less so and others have openly questioned the transparency of EA Sports’ ratings year on year. There have been several shocking ratings as well as some…confusing ones. Nevertheless, one of the areas that always generates excitement is the crop of wonderkids and the ones on FIFA 22 are just essential buys!

It's here 🔥 #TOTW 1, representing some of the top performers from the week that was in football, is available in #FIFA22 pic.twitter.com/0qU8XUqc69

With Kylian Mbappe no longer 21, the baton has passed to Erling Braut Haaland as the highest-rated youngster. FootTheBall counts down the top-ten wonderkids in the game this year.

James has come leaps and bounds over the past two seasons, combining his attacking instincts with defensive nous. He is known for his fast running with the ball and ability to deliver pinpoint crosses from the right flank. already racking up three assists.

What a start to the season for Reece James… 👏 pic.twitter.com/xA6WQnKSYf

James has a passing accuracy of 85% with 1.44 dribbles completed and 3.95 progressive passes P90 received indicating how high up the pitch he gets. However, he is also familiar in playing as part of a back three under Thomas Tuchel while he also having a fair bit of mastery from set-piece situations.

The 21-year-old attacker can play on both wings, from where he wrecks havoc often. Kulusevski has a bag full of tricks and his quick feet are very hard to decipher in close spaces as he can thread the ball through fine gaps. Furthermore, he has blistering pace and a superb shot on him which can change the outcome of games.

A big part of Juve’s and Sweden’s future. 🔥 pic.twitter.com/eTTB8v8DFV

Kulusevski was instrumental in helping Juventus win the Coppa Italia last season and like Isak, starred at Euro 2020 with Sweden. This season will prove to be an even bigger challenge for him under new boss Max Allegri.

Quite possibly the most famous 18-year-old in football currently after his exploits over the summer. Pedri played 73 games with club and country, becoming a pivotal player for both. Three goals and five assists do not do his talent enough justice. 3.15 touches in the opposition’s penalty area, 5.75 progressive passes received, 24.77 pressures and 2.29 blocks (all P90) put him above the 90th percentile of players in his position across Europe.

His calm nature, surety over himself and pinpoint passing has become a hallmark of his game and Barcelona will need all of it if they are to salvage a rapidly deteriorating season.

The Bayern Munich leftback has quickly become one of the most marauding runners down the flanks. Davies’ pace rating is 96 which is not an overstatement given how quickly he covers ground all over the pitch. Continuing the trend of modern fullbacks, he spends most of his time in the opponent’s half with 88% pass completion, 9.26 progressive carries, 2.17 interceptions and 3.32 dribbles completed (all P90).

Davies does not get too many goals or assists but his importance in building attacks as well as getting the ball out of defence is essential to his team’s play.

The winger/striker has started the season in fine fashion with three goals and one assist in all competitions. Pep Guardiola has used Torres through the middle of his front three which has seen his threat increase. He remains an integral member of the youthful Spanish setup too while with no new striker till at least January, can stake his claim for a starting role.

Torres’ finishing might need a bit of improving as he often snatches at his shot but with the Catalan at the helm, those chinks will soon be ironed out.

After having a supremely impressive league season with Real Sociedad in 2020-21, Isak continued to enhance his reputation at the Euros. The Swedish striker scored 17 goals and set up a further two, using his raw pace and lanky build to great effect.

Isak is one of the most exciting goal-getters around and with another season in the Europa League coming, will only enhance his stock. With such a strong start to his international career too, it is just a matter of time before he is lured away from Sociedad.

It has not been a great start to the season for Felix, with just three appearances yielding no goal contributions, three yellow cards and a red card. However, it is a matter of time before he finds his form back like he showed last season, ending with 10 goals and five assists across all competitions.

7 – João Félix has scored seven goals in his last seven starts for @atletienglish in all competitions, as many as he netted in his previous 29 starts for the club. Star. pic.twitter.com/ELTRnvnKfT

The major problem will be getting back his starting role however, with Diego Simeone choosing other options so far. Nevertheless, he remains a dangerous force in attack with 4.31 progressive passes and 2.12 dribbles completed P90 last term.

The Englishman’s breakout season came last year with 15 goals and nine assists in all competitions. He was a standout performer in both the league and Europe, especially in the latter stages before going on to represent England. However, an injury at the Euros has limited his game time so far with just 37 minutes of Premier League football.

Foden made his first start in the EFL Cup, notching up a goal and two assists albeit against League One oppositions. He is one of the most exciting youngsters in the country due to his supreme talents and attacking mindset which compliment his team really well.

After his long awaited move to Manchester United went through this summer, Sancho has struggled in front of goal. He has had no goal contributions in seven appearances, as well as failing to register even a shot at goal so far.

First minutes as a Red,
what a start to the season!
PP x BF link up 🥶 pic.twitter.com/nfifkTYll4

Sancho’s track record is well known with more than 100 goal contributions during his time with Borussia Dortmund. His natural abilities, technical skills, and dribbling abilities speak for themselves. There is little doubt that he will soon start justifying his high rating with the Red Devils as well.

There is no real surprise that Haaland has bagged the number one spot. He has been on a tear with almost a goal/assist a game. Haaland has already racked up seven goals and three assists to lead the Bundesliga charts and his fearsome gameplay has suitors lining up for him next summer.

Out of this world 👽 pic.twitter.com/7rF47OVA6U

Left foot, right foot, heading- the Norwegian excels in all areas. Having lifted the DfB Pokal last season, Dortmund will try for more trophies this season. His linkup play has improved with time while his freaking strength and pace outwits defenders all ends up.