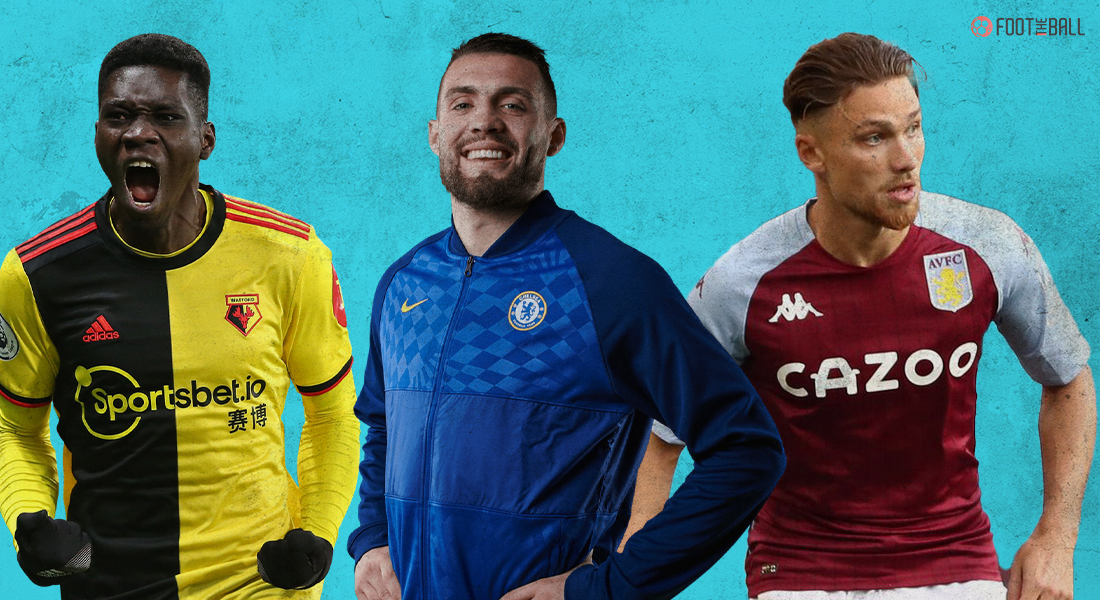 FROM KOVACIC TO BOWEN- WHO ARE THE MOST UNDERRATED PLAYERS IN THE PREMIER LEAGUE?

As the international break comes to a close, Premier League teams are preparing themselves for a restart after three games. While Tottenham Hotspurs lead the table, Arsenal sits at the bottom of the league. But in the recently concluded games, we witnessed some extraordinary performances from some underrated ballers. While the list of underrated players in the Premier League might be quite long it’s interesting to know who are the names who are still waiting for due recognition.

The 4-times Champions League winner, Mateo Kovacic might be one of the most underrated footballers not only in the Premier League but in the world. At Los Blancos, Kroos and Modric outshone the Croatian who performed his wizardry in silence while at Chelsea it was Kante and Jorginho who got all the applauds.

But still, the staggering midfielder is an exceptional talent. His movement off the ball in the inside-left channel help him penetrate barriers and generate opportunities for his side, while he collaborates well with a poacher up-front. While defensively he has defensive capabilities to fall back on, offensively also he’s an amazing playmaker.

Aston Villa’s exceptional right-back and an underrated defender no one talks about, Matty Cash coould help the Clarets and Blue to a favourable position this summer. Cash’s biggest asset is his versatility to adapt to any position. Play him as a right-winger, right back, or in the midfield, the youngster would rarely disappoint.

Whenever Cash challenges an attacker, he emerges victorious on almost every occasion. With a combined total of 127 tackles and interceptions and 110 clearances, Cash is a valuable defender for Aston Villa. And lastly, Matty Cash like Alexander-Arnold or Kyle Walker loves galloping forward to create opportunities for his forward battery.

Jarrod Bowen, a traditional inside right, is known for cutting in on his left foot to generate spaces for his team and himself. He’s also recognised for his diligent work rate. One of the reasons pundits admire Bowen is that he is always eager to drop backwards and help his backline when West Ham United are under immense pressure.

He scored 8 goals last season combined with 5 assists and helped the Hammers finish in European positions in the Premier League. With Lingard now gone, Bowen can sit comfortably in the middle of Moyes’ eleven fabricating chances for Antonio and Benrahma.

Gareth Southgate’s Three Lions are currently blessed with a fine set of young right-backs. The most populated spot in England’s roster has a new competitor with Brighton and Hove Albion’s Tariq Lamptey entering the stage. The youngster possesses electrifying speed and isn’t afraid to take on a defender.

The perfect candidate for Graham Potter’s managerial tactics, the Seagulls’ defender delivers the perfect crosses for his forwards to pounce on. He started 11 games for Brighton last summer and caught the eye of the world with his staggering performances. Defensively disciplined while being an attacking force, Lamptey is still a hidden name in the huge stack of English right-backs.

Purchased by West Ham United two seasons ago, the former Brentford man was considered the biggest asset running around in England’s second division. And in his first season in England, the Algerian footballer hasn’t failed to impress the world with his exploits. The winger combined perfectly with the likes of Jesse Lingard and Michael Antonio last summer.

With Lingard leaving for his parent club, the eyes will be on Benrahama to produce staggering performances. He went to the international break with 2 goals and 2 assists to his name, helping David Moyes and the company sit comfortably on the second position in the league table.

Marco Bielas when asked about Harrison exclaimed “He’s a player who, when he manages to play at his best version, has a big influence on our offensive game.” Delivering inch-perfect crosses, changing directions to floor a defender, producing staggering speed, and constantly dribbling past challenges, Harrison could be a crucial asset for Leeds United and the Three Lions.

Another underrated English footballer, Leicester City’s winger Harvey Barnes is a jaw-dropping talent at Brendan Rodger’s exposal. Try watching all of Barnes’ goals for the Foxes and you’ll understand why people say that Harvey Barnes only score bangers. A generational talent, Barnes can wriggle through defenders at lightning speed and perfectly complements Rodger’s midfield.

Harvey Barnes is always aware of his surroundings and can create chances from impossible positions. One of the biggest reasons for Rodgers’ success at the King Power Stadium, Harvey Barnes could become one of the greatest players if injuries don’t ruin his playing career.

When Ismaila Sarr spoiled Liverpool’s party two seasons ago, we all knew that Watford had something special on their hands. When Rennes lost Ousmanne Dembele to Borussia Dortmund, Ismaila Sarr was seen as Dembele’s replacement. A mirror image of the French winger, Sarr exploits defenders with his raw pace and excellent dribbling skills.

Scoring 13 goals last season for Watford, he ensured that the Hornets found their way back into England’s top-flight. With Sarr returning to the Premier League, it’ll be crucial to see if he proves himself once again. He has already scored a goal for Watford and would like to further improve his goal tally this season.

Another English right-back added to the list of underrated players in the Premier League, Norwich City’s Max Aarons could present a strong case in front of Gareth Southgate. He loves transitioning his defensive work into attack and plays balls for his forwards to chase.

While defending Aarons would rarely give you breathing space and could slide in with a hard tackle at any point in time. While coach Farke said that he would do everything to keep the youngster at the club- “I wouldn’t sell Max Aarons, not for £100m, because he’s too important for us, but that’s quite normal”.

The one thing that sticks out as Konsa’s greatest asset is his excellent physical condition. A defensive wall, Ezri Konsa wins his aerial duels and tackles quite easily. Last season he made 61 tackles and interceptions along with 193 clearances for the Clarets and Blue. Konsa is a dynamic athlete as well.

Despite his lack of game experience, he has performed admirably well in new and rather unexpected positions such as right-back and centre midfield. This is all because of his grit and determination. He has demonstrated that he is optimistic, motivated, and grateful for the opportunities that have been provided to him.