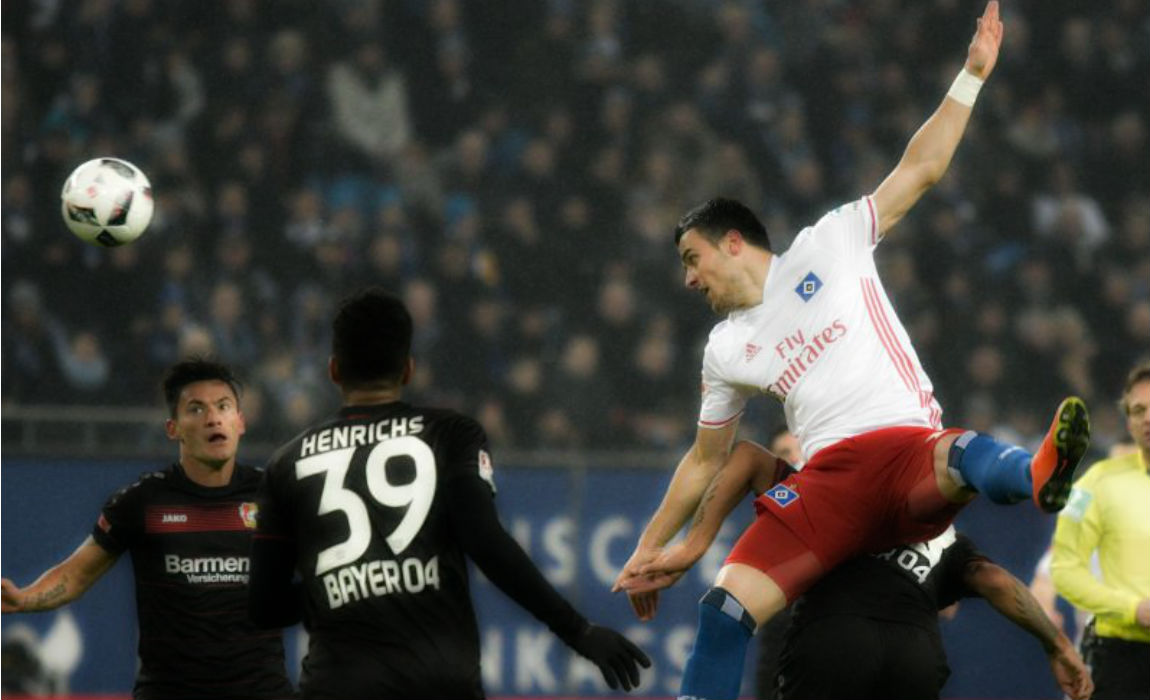 Kyriakos Papadopoulos’ winner helped Hamburg return to winning ways after beating Bayer Leverkusen at the opener of the 19th round in Bundesliga on Friday. Both sides staged a contested first-half encounter with many fouls and misplaced passes.

The 45,653 spectators at the Volksparkstadion had to wait until the 11th minute to see the first chance when Mergin Mavraj’s volley tested Leverkusen goalkeeper Bernd Leno.

However, it remained the only opportunity within the first half as Hamburg worked out the next promising chance through Bobby Wood, who pulled wide on a one-on-one with Leno in the 47th minute.

Bayer Leverkusen lacked in penetration and ideas to pose any threat. Hence, the hosts broke the deadlock with 76 minutes played as loanee Kyriakos Papadopoulos headed home the 1-0 winner following a cross from Nicolai Muller against his parent club. The “Werkself” snatched almost the equalizer out of the blue but Stefan Kiessling’s header rattled only the woodwork following a corner kick with five minutes to the final whistle.

With the result, Hamburg climb on the 16th place, which is a relegation play-off spot, meanwhile Bayer Leverkusen remain on the 9th position of the table. “It was a deserved victory for us today. A goal following a set piece is something special for us,” Hamburg head coach Markus Gisdol said.