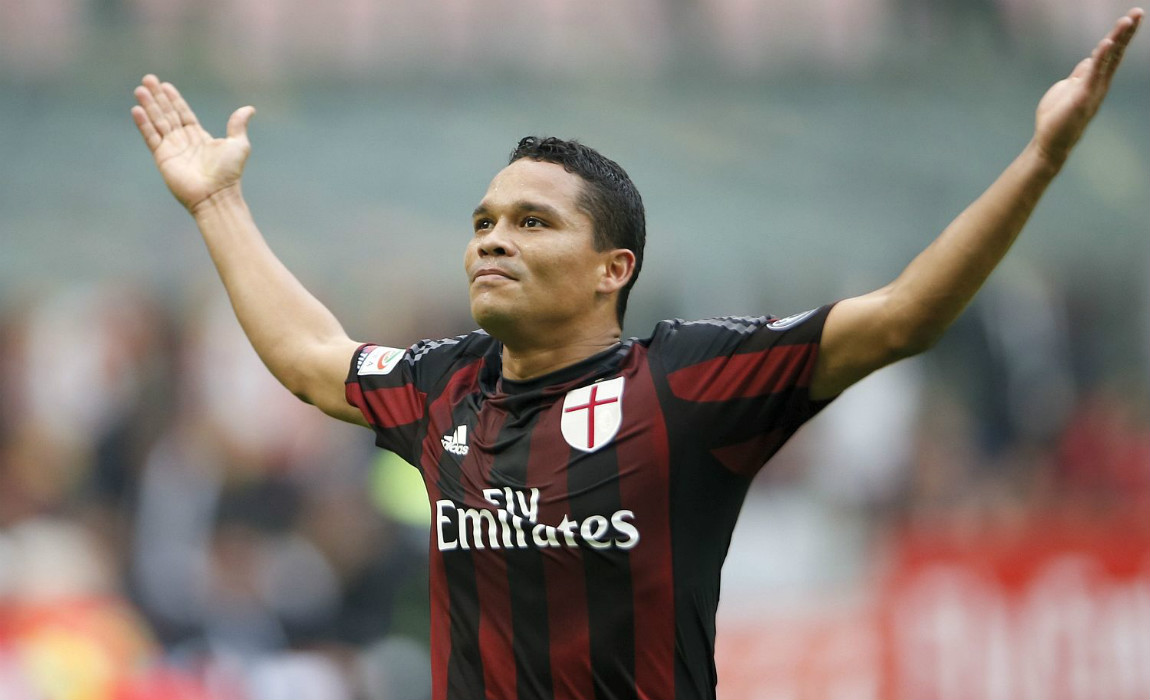 AC Milan striker Carlos Bacca has refused to fly to London in order to negotiate his expected switch to Premier League club West Ham this summer, according to foottheball sources.

Bilic’s side has been heavily linked with Colombian striker Bacca for the past few weeks and it is believed that the Premier League side are desperately in search of a talented striker to bolster their attack the upcoming EPL and Europa league campaign.

Sources claim that West Ham are ready to match the asking price of £30m for Bacca but the Colombian striker is unwilling to make a switch to the East London club this summer.

Recent reports suggest that AC Milan are ready to offload their striker but the Colombian forward refused to travel to London. It is believed that Baca is not in Milan’s plans this summer as they want to bring in Besiktas midfielder Jose Sosa as his replacement. But Bacca has made it clear that he wishes to stay put at Milan this summer.

AC Milan club officials are expected to meet in order to reach discuss about Bacca’s future. Reports claim that Bacca is not happy with the money that West Ham are willing to pay for his services.

Bacca has established his class during his days at Sevilla where he played an instrumental role in winning two Europa League titles. With 18 goals to his name for AC Milan in the last Serie A season, the Colombian strikers have drawn a lot of attention from several top notch European clubs.

Bilic revealed on Thurday that he want to add one more player to squad along with the other four new arrivals this summer.

“We will hopefully have a minimum of five players added to the squad before the start of the Premier League,” said Bilic