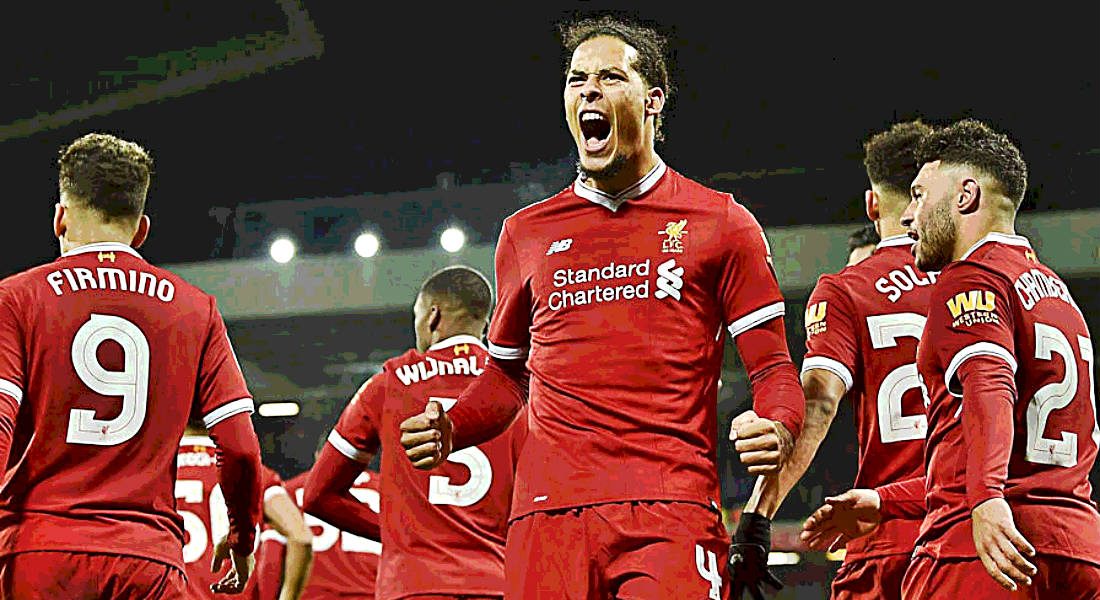 Virgil Van Dijk made a dream debut after scoring the winner from a header as Liverpool kicked Everton out of the FA Cup last night. 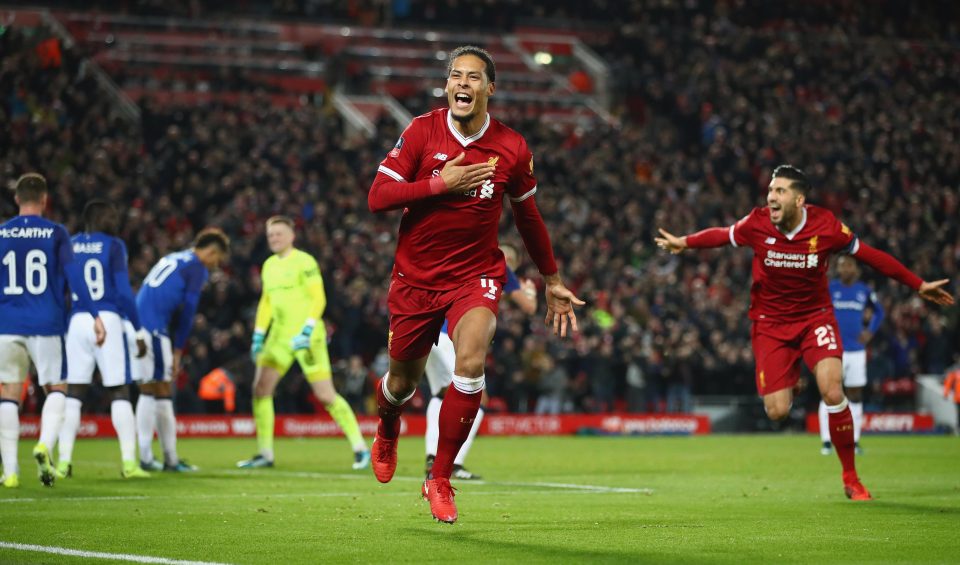 Van Dijk completed his move from Southampton to Liverpool on a club-record £75m deal just four days earlier – and is now the world’s most expensive defender.

And he enjoyed a fairy tale start to his life at Liverpool after scoring the winner for the Reds just six minutes from time in the high-octane Merseyside derby. 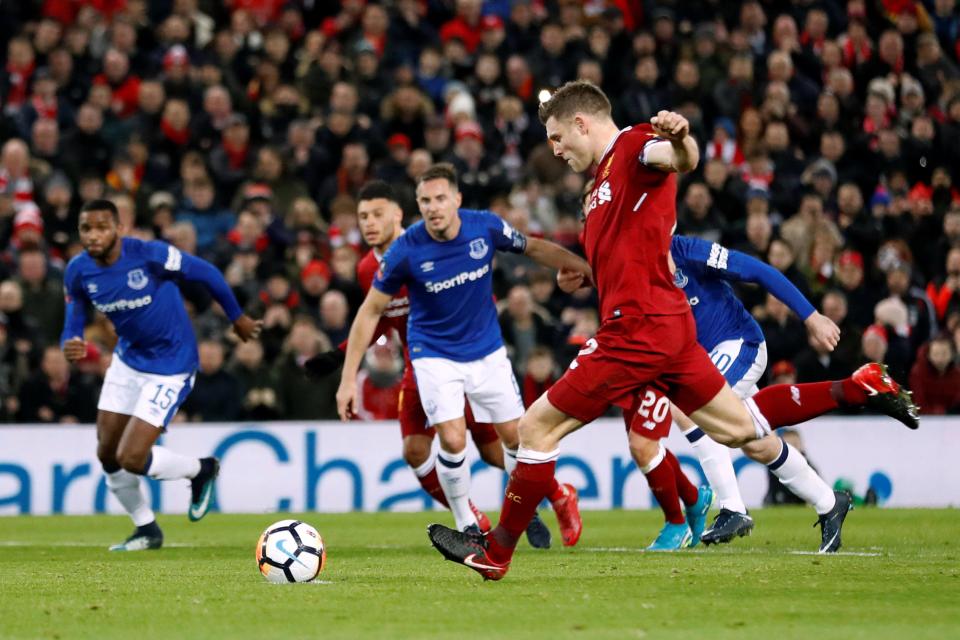 “What a night!,” said van Dijk. “It was thoroughly deserved, it felt amazing to be out there, the goal is very special for me and my family.

“Playing at Anfield for Liverpool is a dream for every player. To score a goal is even more special.”

Liverpool captian James Milner said: “It’s not an easy game to step into but it’s the sort of game Van Dijk came here to play in. They had a lot of fans in which was great and made a great atmosphere but that’s what we expect from him.” 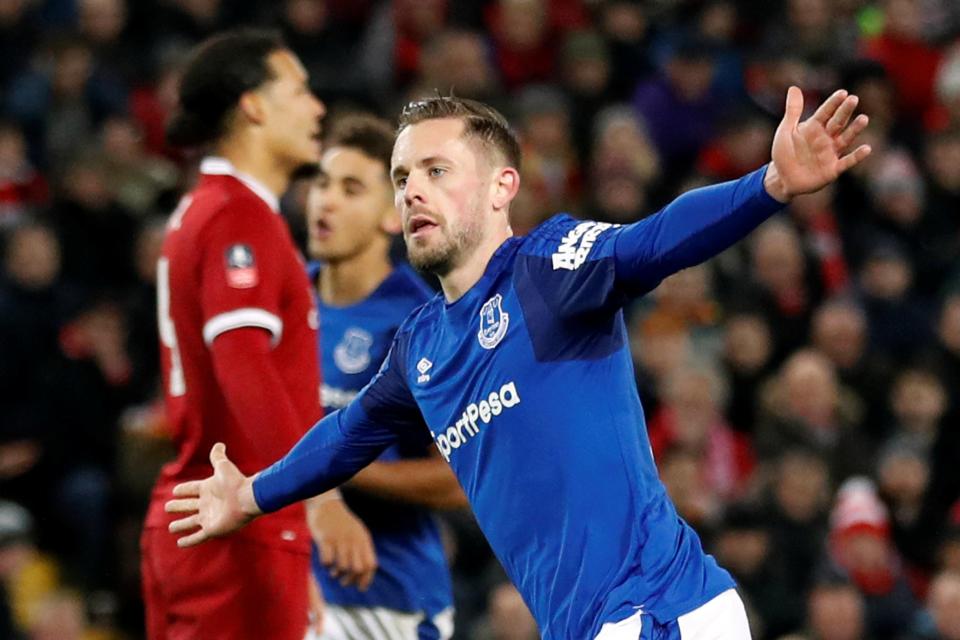 Gylfi Sigurdsson eqalised for Everton in the second half

Milner scored from the spot to give Liverpool the lead in the first half before Gylfi Sigurdsson clinched the equaliser for the Toffees in the second half.

Tempers threatened to boil over during a pulsating clash at Anfield when Everton star pushed Liverpool’s Robert Firmino into the crowd before shoving the Brazilian into the advertising hoardings. 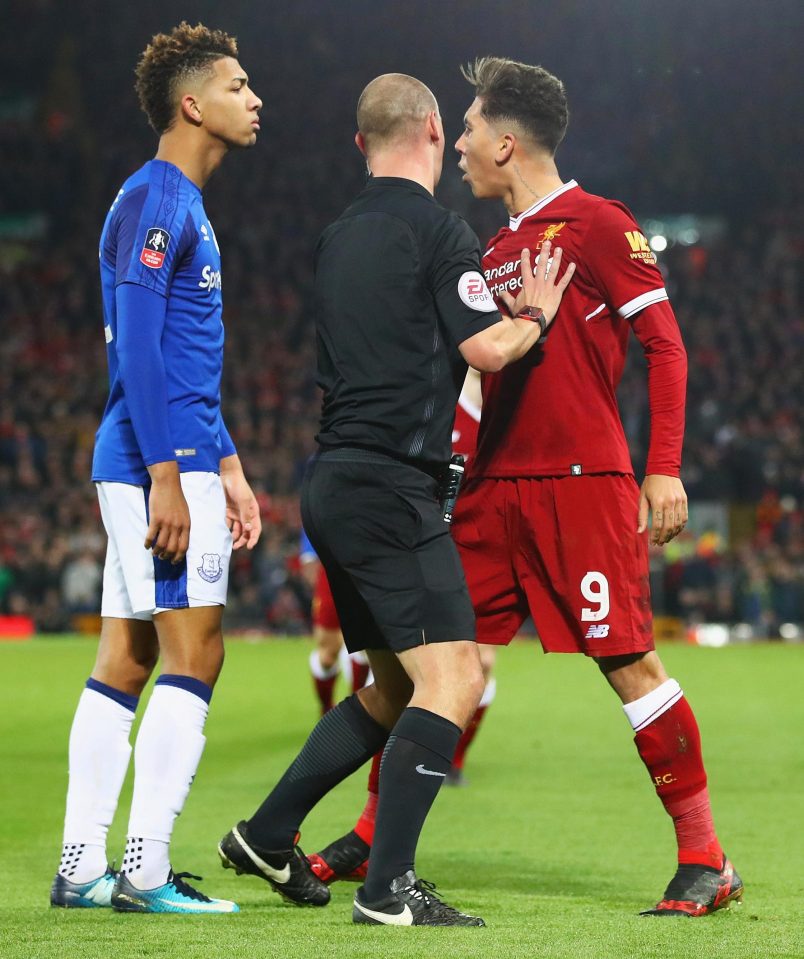 Tempers threatened to boil over during a pulsating clash at Anfield 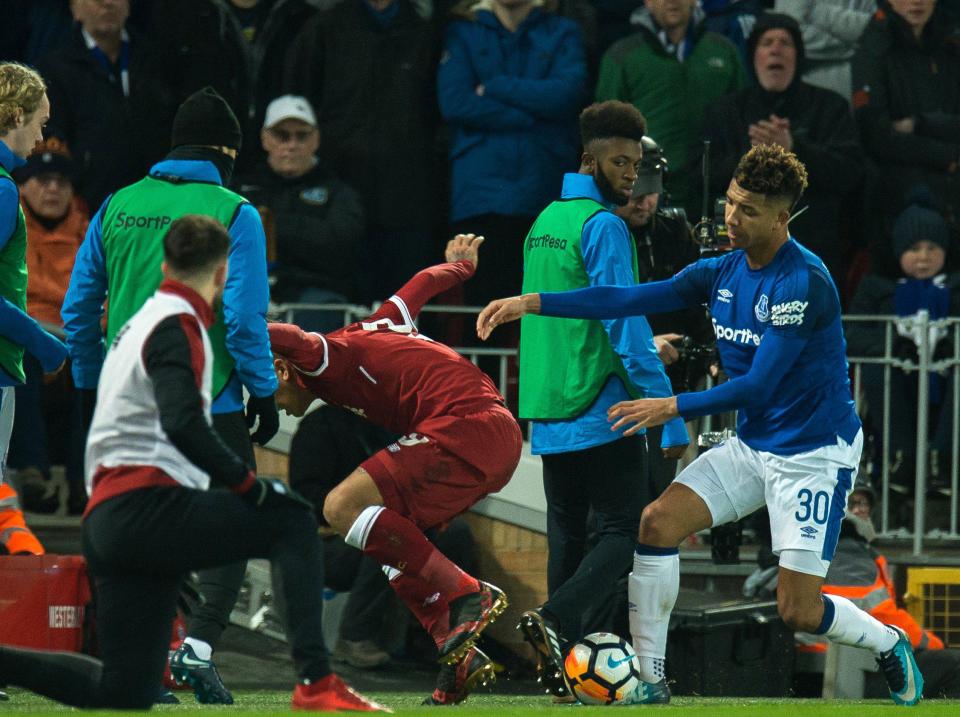 Liverpool manager Jurgen Klopp said: “It was for sure not the best piece of football for 95 minutes but a proper fight.

“I’m delighted with the attitude we showed again, it was a difficult game. It was not the night for brilliant football, to play through.

“You would love to see that but Everton defended well. They played football, a big difference to the last game between us.

“The equaliser was the worst protection I ever saw in my life. It made no sense at all.

“We were all in the wrong direction. But when you make mistakes in football you have to react and we did again. 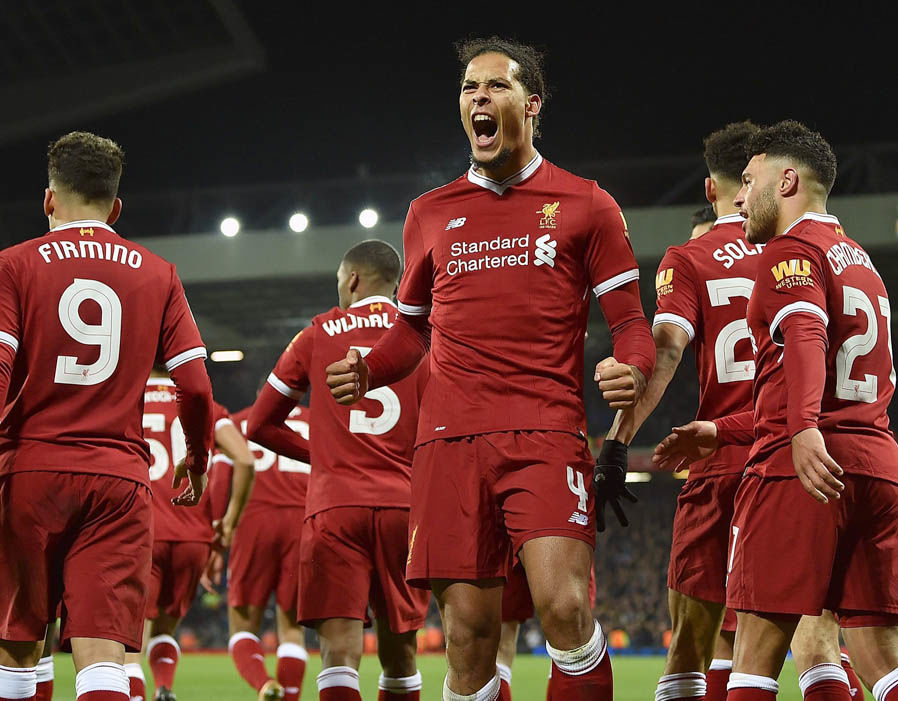 “It was nice that Virgil van Dijk could score in his first game, a brilliant header. I am really happy.

“In front of the Kop, makes it even better. In Germany we say cup games have different laws and it was like that – there was an extra push from both sides.

“It was not necessary for Mason Holgate to give Firmino that push, it was really dangerous and usually players don’t do that. We cannot change that.” 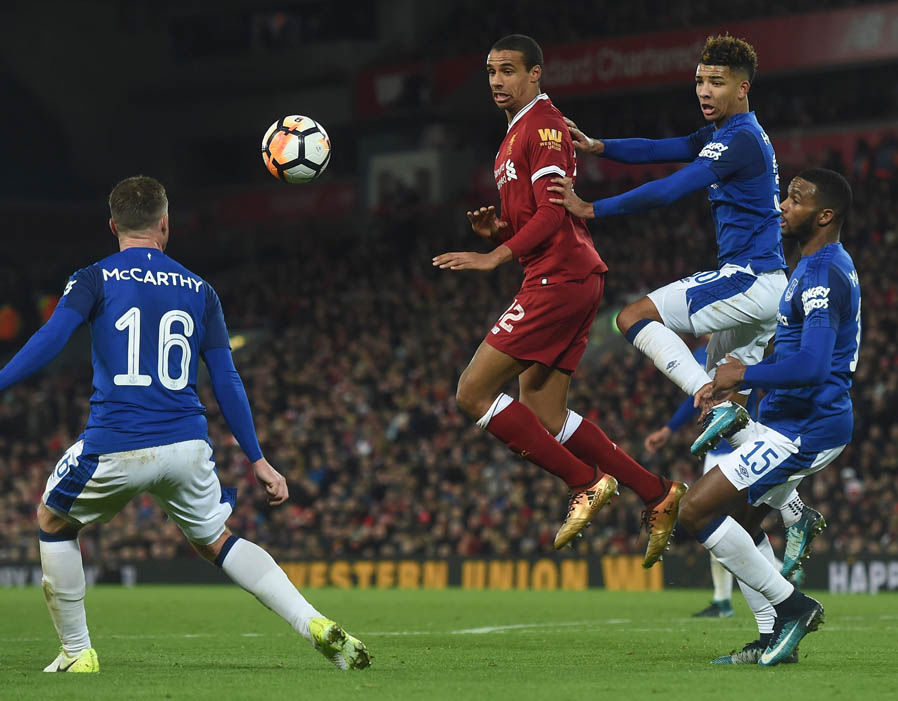 Everton manager Sam Allardyce said: “We gave everything we could today and in the end we were disappointed we did not take them back to our place. It is a shame after all that effort.

“I didn’t think it was a penalty, but there is not much we can do now.”

When asked about the heated up tussle between Holgate and Firmino, Allardyce replied:“I’m only interested in the football, not want happened with Firmino and Mason. I will definitely ask him and we will see where it goes from there.”

Post tags:
BrazilEPLGermanyJürgen KloppLiverpool
previous post
Are These The Five Biggest FA Cup Shocks Ever?
next post
Real Madrid Boss Zinedine Zidane Not Backing Down Over Need For Signings