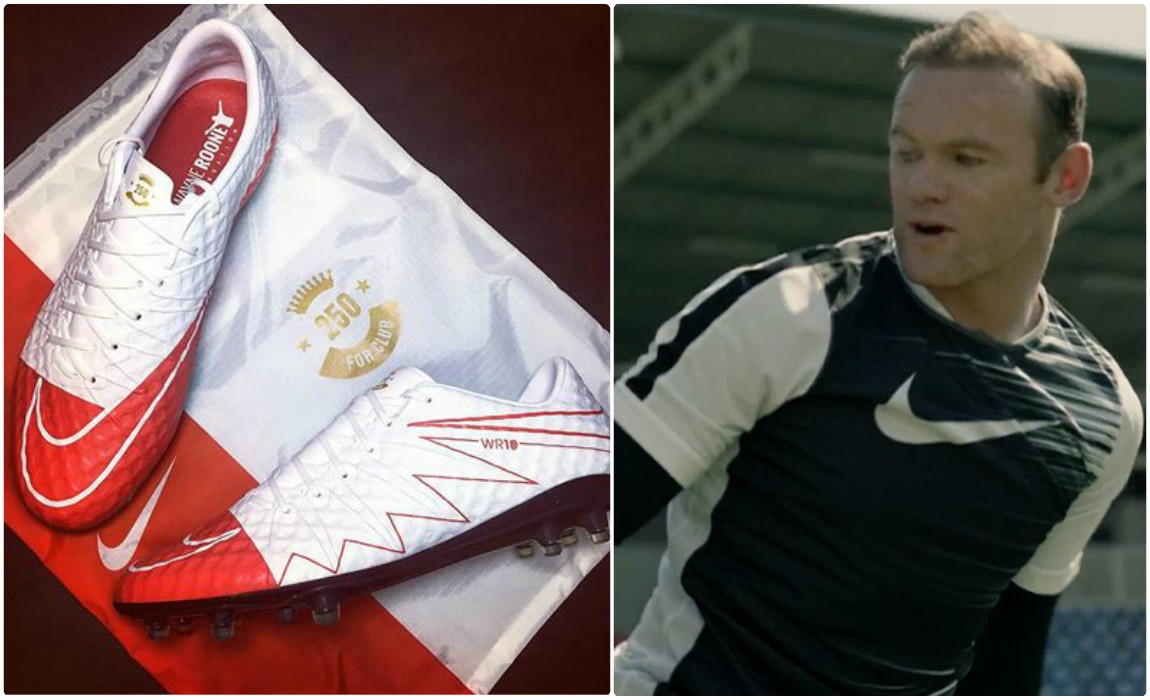 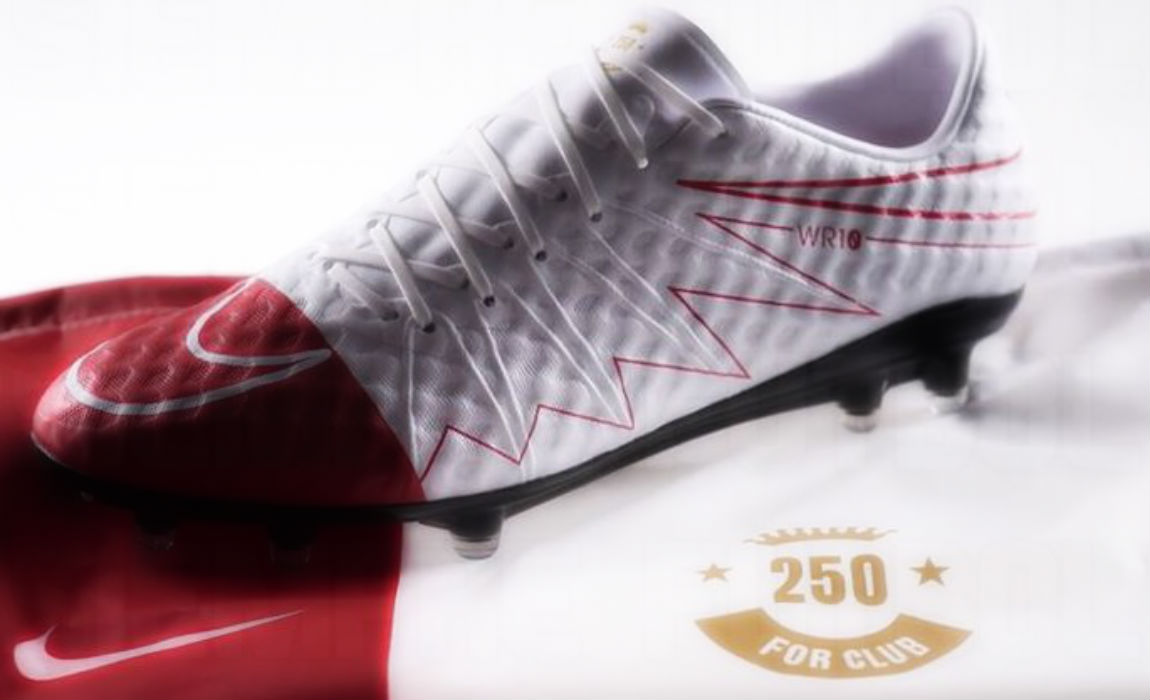 The Red Devils and England captain is currently tied on 249 goals as the joint highest goal scorer for the club with Sir Bobby Charlton. 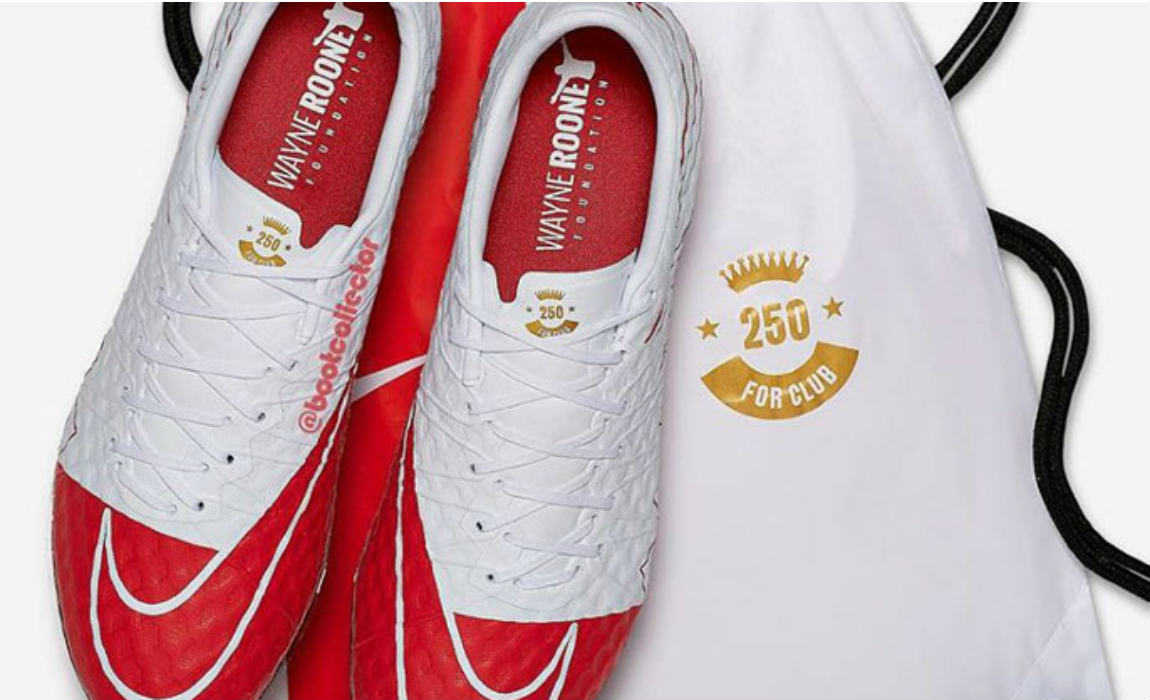 His sponsor prepared to mark the inevitable occasion with the special edition Hypervenom Phantom WR250 boots. 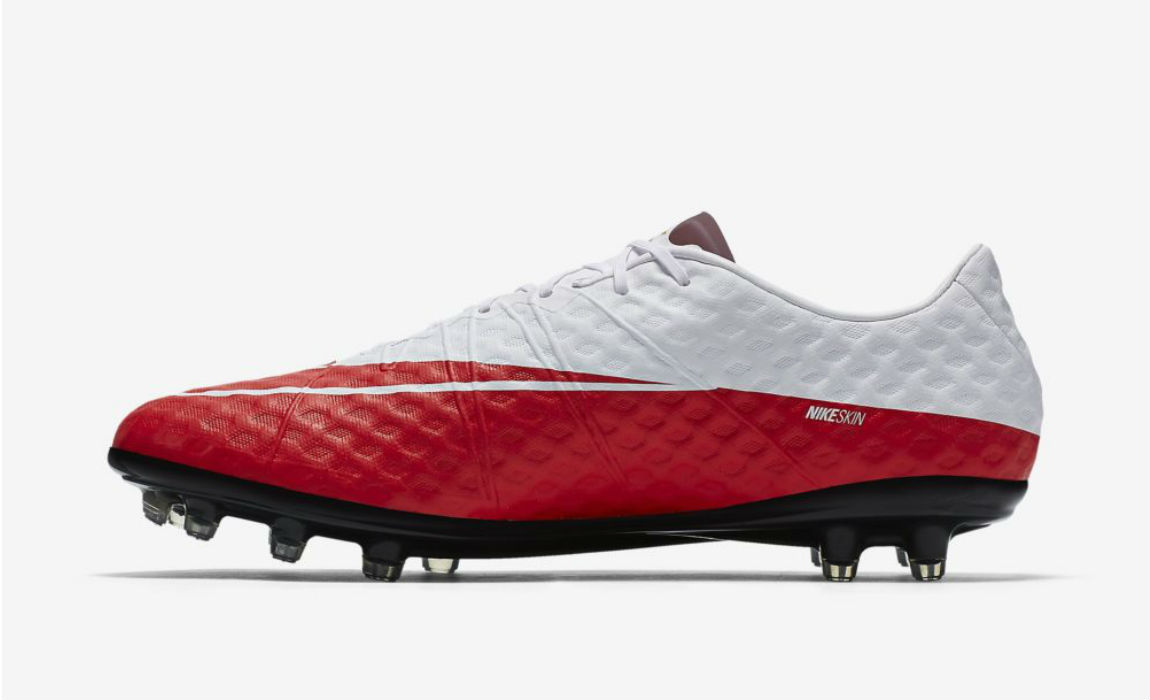 It is believed that Wayne Rooney will don these shoes when he finally reaches the landmark of being named Manchester United’s all time leading goal scorer. 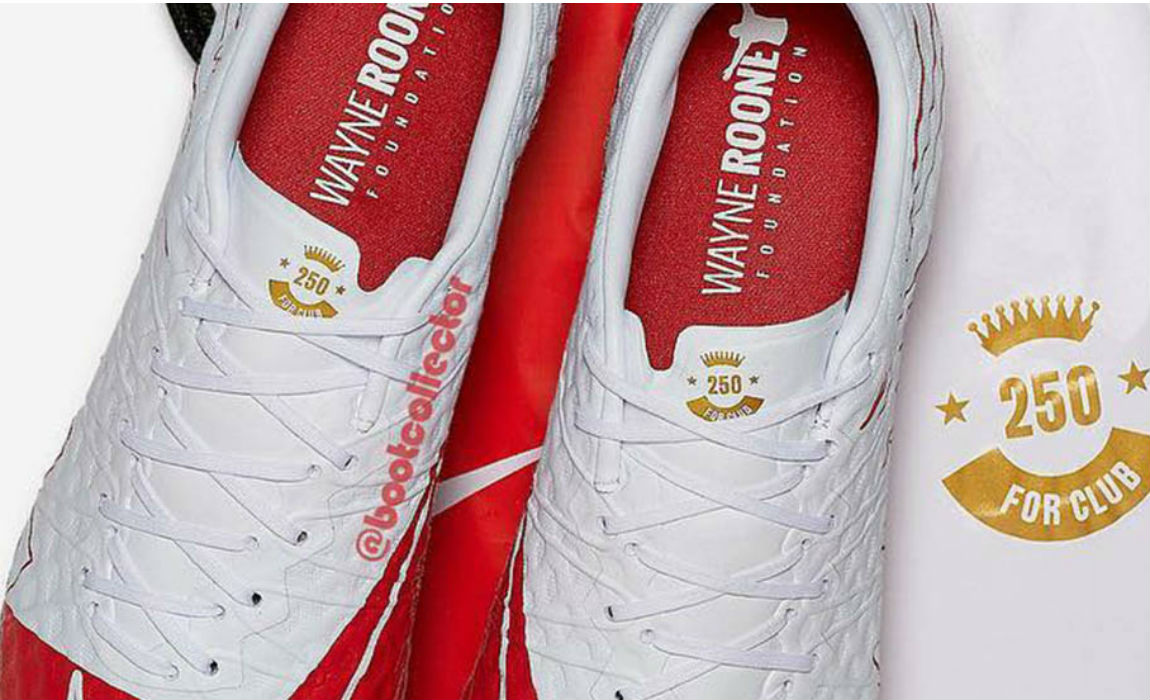 The 31 year old missed out on the feat last time out against Liverpool as United were able to grind out a 1-1 draw. 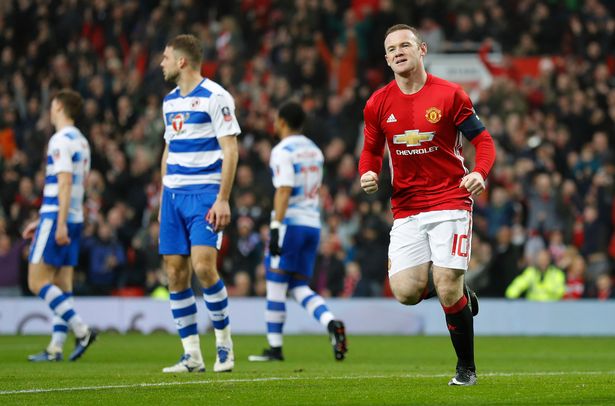 His record 249th goal came ten days ago in a FA Cup tie against Reading.