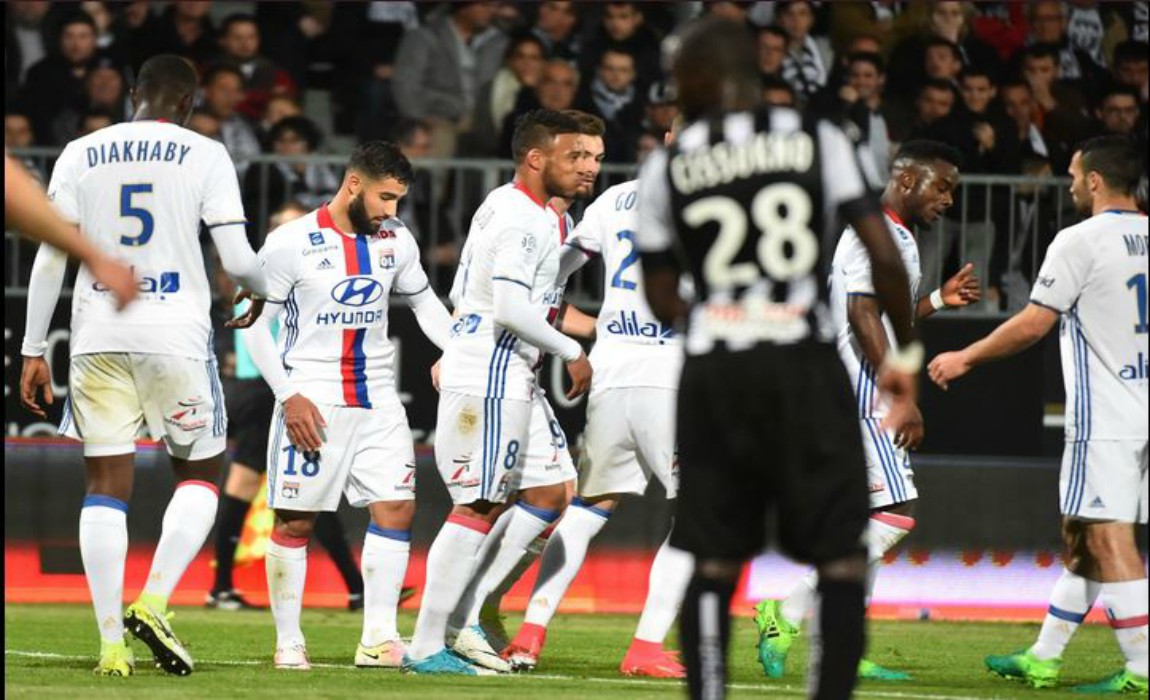 Lyon Beat Angers 2-1, Move Up To Fourth In Ligue 1

Lyon climbed to the fourth position in Ligue 1 with a 2-1 road victory over French Cup finalists Angers on Friday.

Lyon, who will face Ajax in next week’s Europa League semi-finals first leg, heated up quicker than their tough opponents. Mathieu Valbuena put the ball into the net after Maxime Gonalons forced a save from Angers goalkeeper Alexandre Letellier in the 17th minute.

Without injured attackers Alexandre Lacazette and Memphis Depay, Lyon were paid off by Nabil Fekir, a second option up front, through a free-kick in the 42nd minute to double their lead into the locker room.

Mathieu Valbuena and Nabil Fekir scored in the first half as Lyon won 2-1 at Angers to rise to fourth in Ligue 1. #UEL pic.twitter.com/2VKY7wKakh

Angers, who booked their first berth in French Cup final for the past six decades on Tuesday, pulled one back four minutes after the restart. Cheikh N’Doye beat Lyon defenders Mouctar Diakhaby and Jeremy Morel to convert a corner from Thomas Mangani.

However, the hosts could not add another to their scoring account, which was worsened by Mateo Pavlovic’s red card for a bad foul on Corentin Tolisso with less than 15 minutes to go.

Lyon provisionally went past Bordeaux to place fourth with a two-point advantage, and they had a game in hand as their clash with Bastia was abandoned following the Bastia fans’ attack on Lyon players. Angers remained 14th with 39 points.

Paris Saint-Germain and Nice are set to put up a spotlight matchup on Sunday, which may be decisive to the title race this season. PSG currently sit second with an inferior goal difference against Monaco, who will host Toulouse on Saturday with one less game to play. Nice, six points adrift, are placed third.