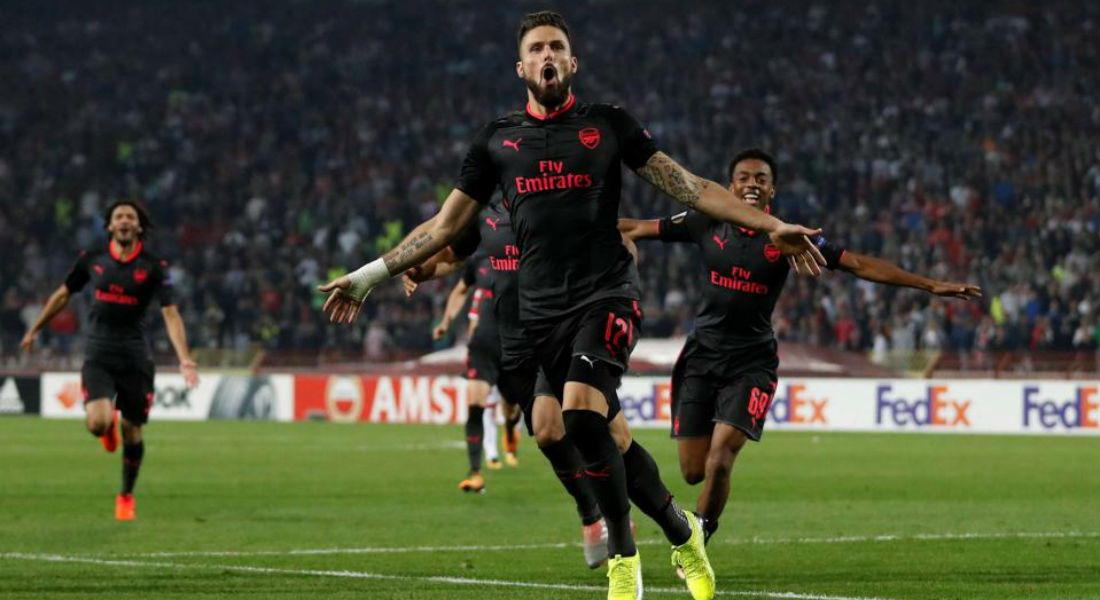 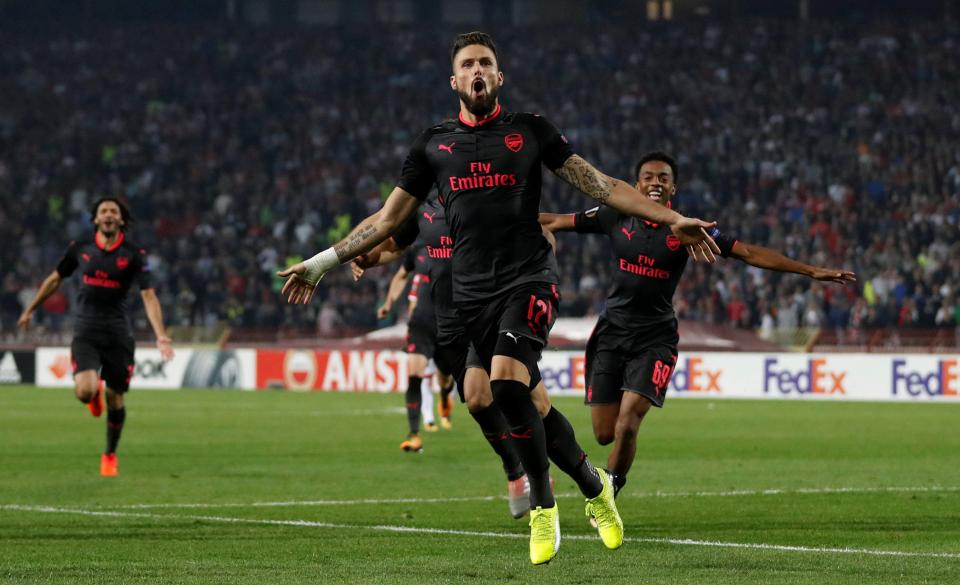 The two teams played an even match for the most of the game and had an equal number of scoring chances, although Arsenal dominated when it comes to ball possession. 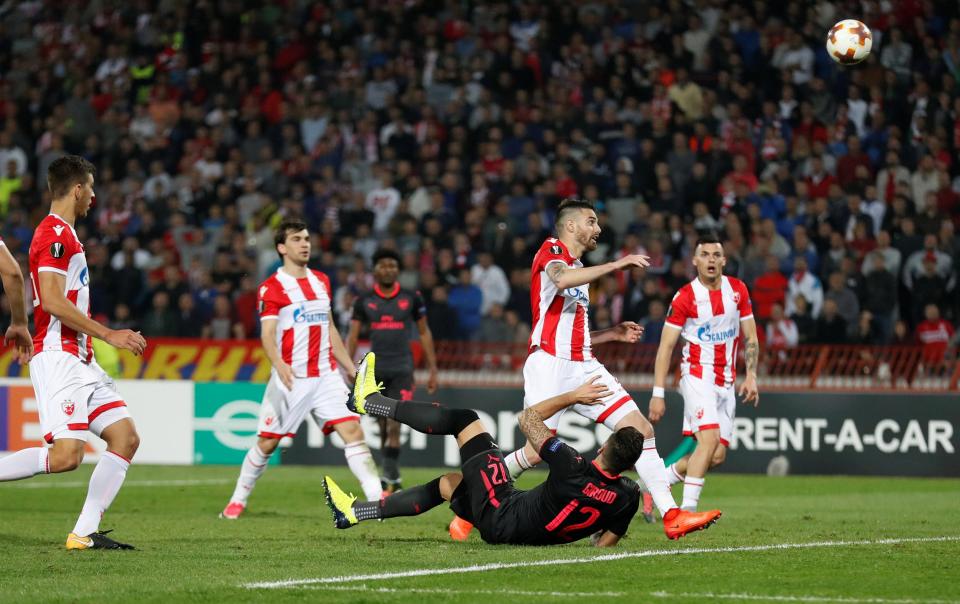 Giroud rose high to finish with an incredible bicycle kick

In the 79th minute Red Star’s Milan Rodic was sent off from the field due to his second yellow card, and the Serbian team tried to defend the deadlock with only 10 players for the rest of the match. 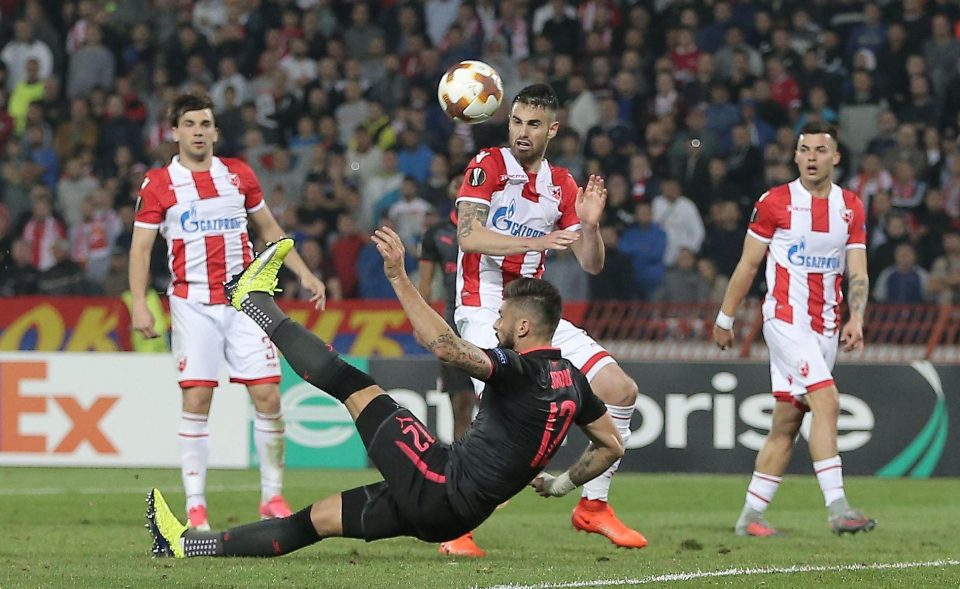 In 85th minute, Arsenal used the advantage of the extra player, and after a fast attack and efficient passing, Olivier Giroud managed to shake the net of Red Star and break their streak of 14 games unbeaten at home. 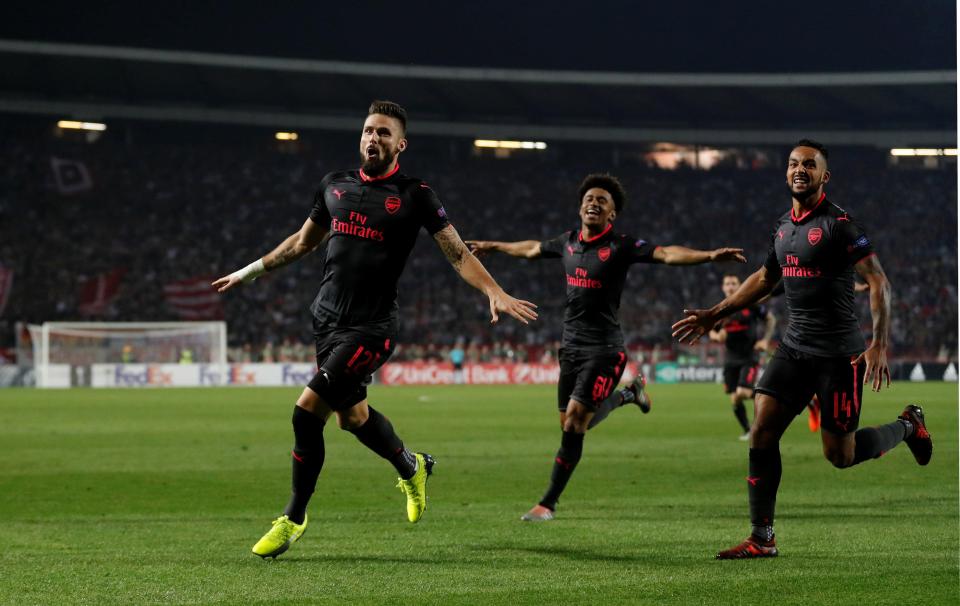 Arsenal now have 9 points at the helm of the Group H. Second ranked Bate Borisov from Belorussia have 5 points, Red Star 4, and winless German Koln at bottom. 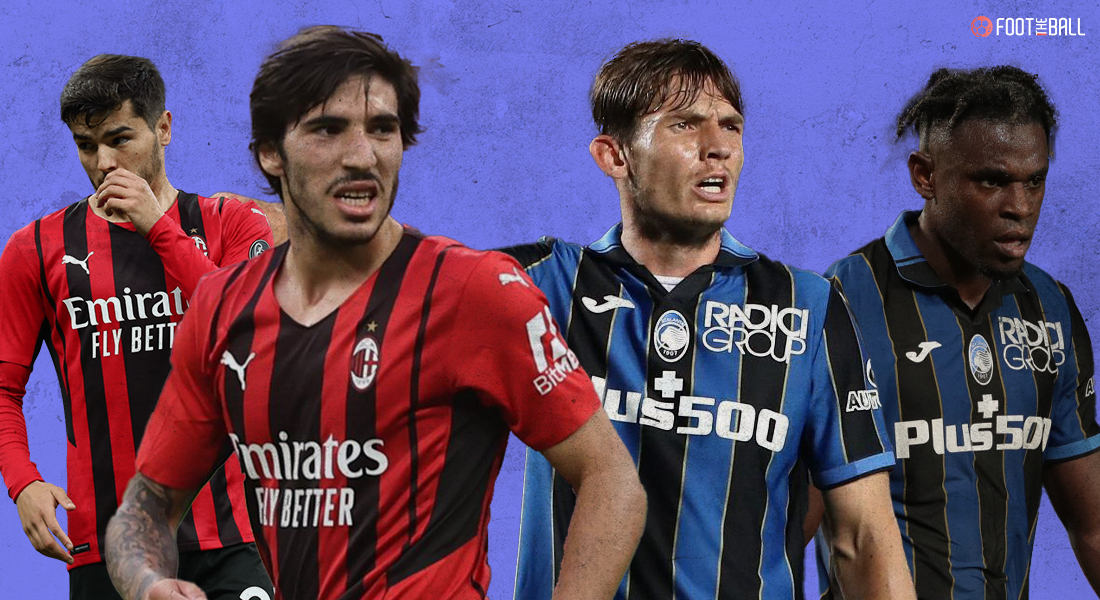