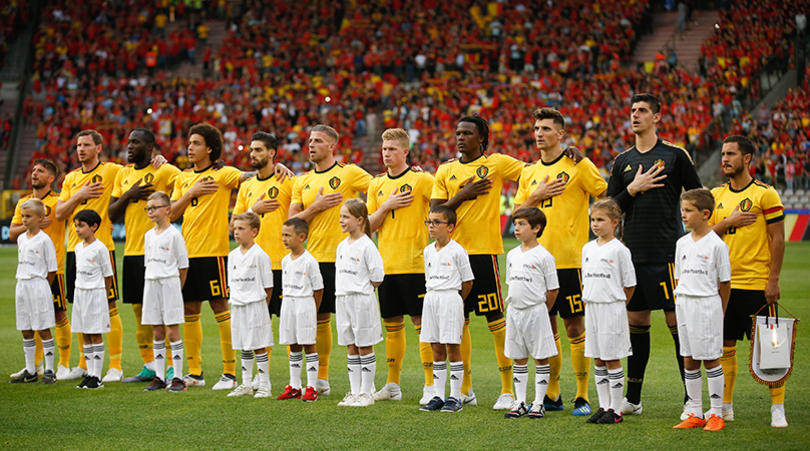 The author, Matthew Slater, is a Senior Lecturer in Sport and Exercise Psychology, Staffordshire University. This article was originally published in The Conversation, an independent source of news and views from the academic and research community.

Football games are enormously unpredictable, which may explain why spectators are often willing to embrace superstition to try to predict the winner. During the 2010 football world cup, many of us actually put our trust in an octopus to tell us the outcome of each match. But, with the 2018 world cup about to kick off, are there more reliable ways of working out who will be crowned champions?

Our new study, published in the European Journal of Sport Science, shows that looking closely at how passionately each team’s players sing their pre-match national anthem can actually give a clue about how likely they are to win. But what causes this effect?

It may seem that most team members just sing their national anthem out of obligation. However, we had a hunch that there may be more to it than that. To find out, we looked at how football teams at UEFA Euro 2016 sang their national anthems before each game – and what impact it had. It turned out they did this with varying degrees of gusto.

Our observations included both verbal and non-verbal clues of passion. We looked at whether players sang at all and, if so, to what intensity (greater intensity indicating greater passion). But we also examined players’ facial expression and body language – for example how closely players stood together and whether they put their arms around one another.

We found that the level of passion displayed by players predicted their team’s success or failure in the subsequent match. In particular, football teams who collectively sang their national anthem with greater gusto went on to concede fewer goals (but did not score more goals). Crucially too, in the knockout stage (but not the group stage) singing with more passion led to a greater likelihood of victory in that game.

Switzerland and Spain were two countries that sang with low levels of passion. Neither of them made it through to the quarter finals. In contrast, Wales and Italy were two of the countries that sang with the most passion. Italy made it to the quarter finals and Wales made it all the way to the semi finals. The winners, Portugal, also scored high on passion across their games.

We think a football team’s rendition of its national anthem provides an insight into the level of togetherness in that team. Passionate singing signals a sense of team unity that profoundly says “we are ready to fight, going above and beyond, for our team” (and more broadly “for our nation”).

Passionate renditions may therefore be a catalyst for “us”, and detrimental to “them” – intimidating the opposition. New Zealand rugby players, who perform a posture dance known as “haka” before games, may benefit from a similar effect.

The level of passion displayed during anthems is profound when the chips are down. When the 2018 World Cup progresses into the knock-out rounds in Russia, the stakes will become higher and the consequences of success (or failure) will be intensified. It is at this point that teams are most dependent on their members demonstrating a willingness to put themselves on the line for the group. 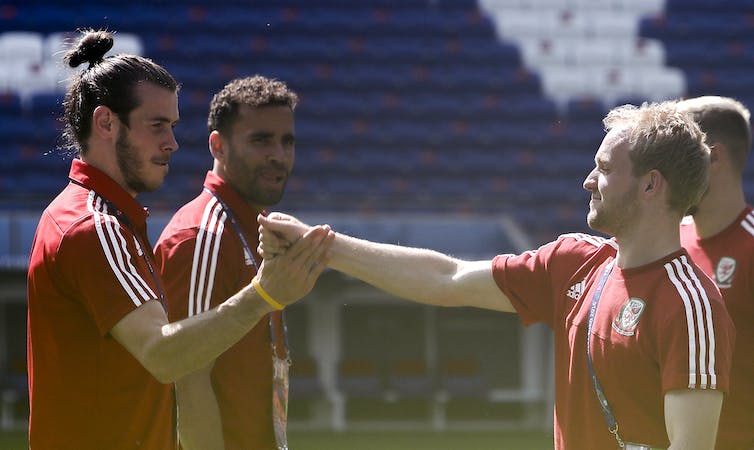 But is it the passion that leads to greater football performance or the other way around? It could be that players sing with more passion when they know they have a better chance of winning. But we didn’t see this pattern of results – there was a range of gusto from players across teams considered strong and weak.

You may be thinking that, in order to win more matches, international coaches should simply instruct their players to display more passion during national anthems at the 2018 World Cup. Indeed, at the last world cup in Brazil 2014, it was widely reported that England manager Roy Hodgson instructed his players to sing the national anthem.

However, this may not be the best strategy. The message here is that it is what passionate renditions represent that is crucial – the strength of connection with and enthusiasm for the group.

If players are genuinely passionate because they identify strongly with their nation and its team, it is likely to increase collective effort and performance – but if players only show passion because they have been instructed to do so then this is unlikely to be a recipe for success. You do not just have to sing like you mean it, you actually have to mean it.

So if you and your friends are making bets on who will win a certain game in Russia this year, consider watching more closely during the singing of the national anthems. The chances are it’s a better strategy than asking an octopus.