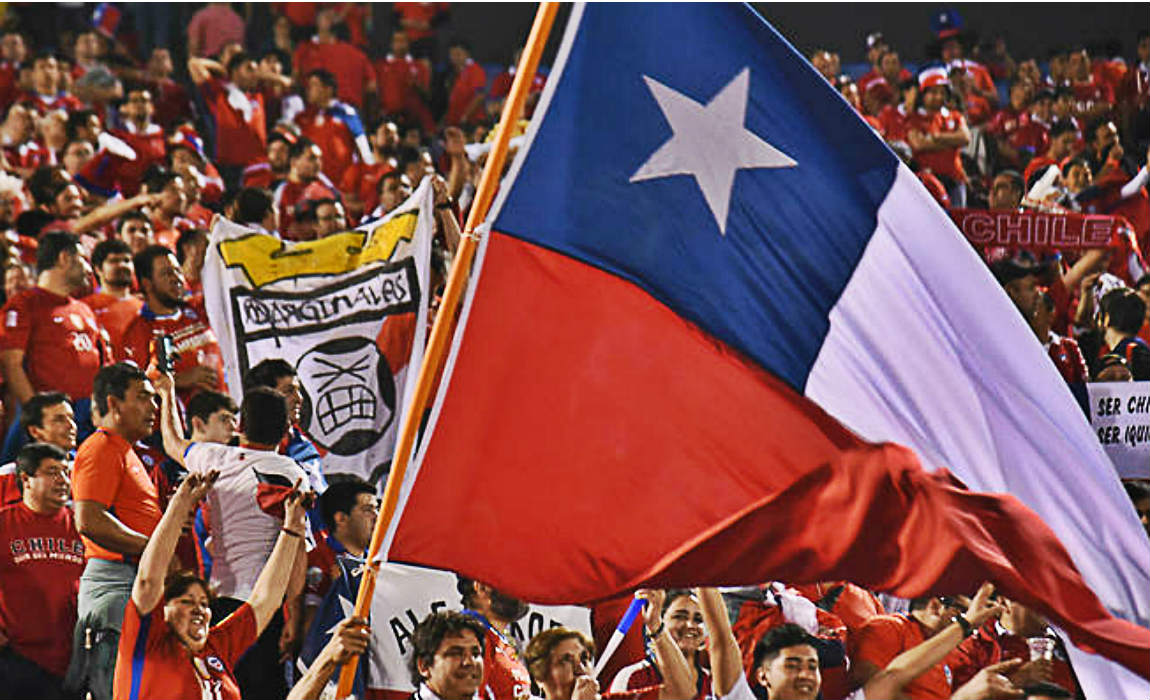 A decade after General Augusto Pinochet died, Chileans still feel the legacy of his regime and its horrific actions on a daily basis – and perhaps nowhere more tangibly than in football. Despite the celebrations that marked Chile’s victory in the Copa América Centenario in June 2016, football is still a highly sensitive area of Chilean culture. At the heart of it all is the country’s national stadium, the Estadio Nacional, in Santiago.

The morning after the bloody 1973 coup that brought Pinochet to power and left democratically elected president Salvador Allende dead, tens of thousands of Allende’s supporters were detained by the military, first in another sports stadium, the Estadio Chile, and other centres in the capital. (Among those held was singer-songwriter Víctor Jara, after whom the venue was eventually renamed.) 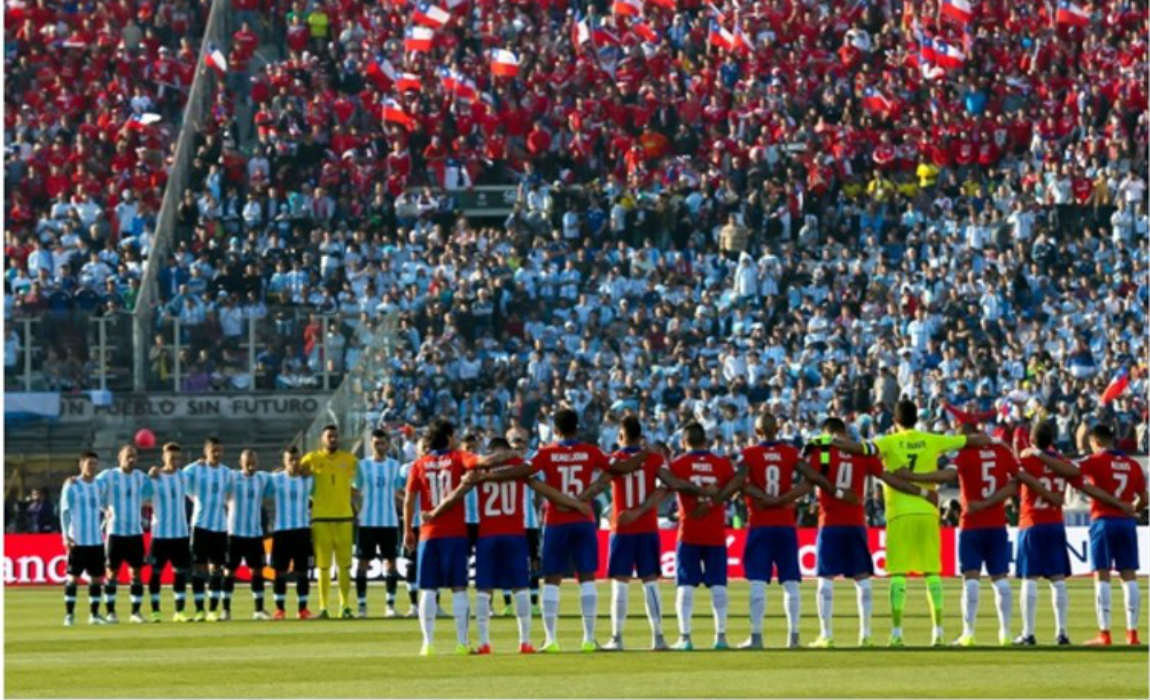 Within days, thousands of these detainees were transferred to the Estadio Nacional. It is estimated that a week later there were 7,000 prisoners being held there, including around 250 non-Chilean nationals. Over the course of the next three months, some 40,000 men and women were imprisoned. Some of them were tortured and executed.

When democracy returned to Chile in 1990, the government launched a commission to investigate the human rights abuses of the Pinochet era. Its report published details of more than 2,500 deaths and disappearances that resulted from political violence under the regime and described the Estadio Nacional and the Estadio Chile as “the most notorious detention centres in the capital”.

Today, when players line up in the stadium at the start of a game, a section of the stands remains empty, bearing the words “Un pueblo sin memoria es un pueblo sin futuro” – a people with no memory is a people with no future. And alongside these public memorials, a lot of work has gone into commemorating and dealing with the stadium’s horrific associations.

Chile’s first democratically elected president, Patricio Aylwin chose the Estadio Nacional to deliver his highly symbolic speech marking the country’s return to civilian government. And just ahead of the 30th anniversary of Pinochet’s coup, Carmen Luz Parot’s excellent documentary Estadio Nacional featured interviews with some of those who were detained there. A decade later, Amnesty International Chile devised a campaign around the national team’s 2013 World Cup qualifier against Venezuela. Under the banner Gol de Silencio, they asked players and supporters not to celebrate the anticipated first Chilean goal. 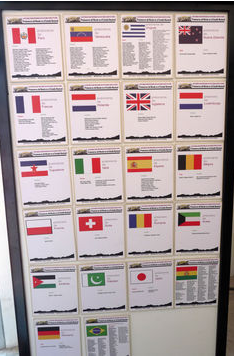 In the event, Chile won the game comfortably and the first goal was cheered as usual, but the campaign nonetheless generated considerable debate around the stadium’s connection with the Pinochet era.

Around the same time, a local human rights group started the website Estadio Nacional, Memoria Nacional, through which it works to educate Chileans about what happened in the stadium in 1973. Run by a handful of the thousands who suffered detention and torture at the hands of the military, this small grassroots organisation leads visits around the stadium every Saturday morning and works with local schools to help victims tell their stories.

I myself recently visited the stadium, joining a tour mostly composed of Chileans whose family members had been held and tortured in the stadium. We heard how over a hundred men slept in each of the stadium’s changing rooms, constantly fearing being called out for “special” treatment. Women prisoners were kept separately in rooms adjoining the nearby swimming pool, where they suffered equally appalling abuses.

We heard how the prisoners would spend their days on the terraces under the gaze of armed soldiers. One of the ways in which they kept their spirits up was by cheering “goal” as the man cutting the grass passed between the posts. He was preparing the pitch for Chile’s playoff match against the Soviet Union for the final place at the 1974 World Cup. In the end, the Soviet team refused to travel to Chile, despite FIFA’s insistence and assurances that everything in the stadium was “normal”.

Most powerfully of all, we learned of the various torture techniques employed in the “caracola”, the circular toilet block of the adjacent velodrome. Because of its detachment from the stadium and ready supply of water, it was converted into a detention centre where the prisoners were tortured. 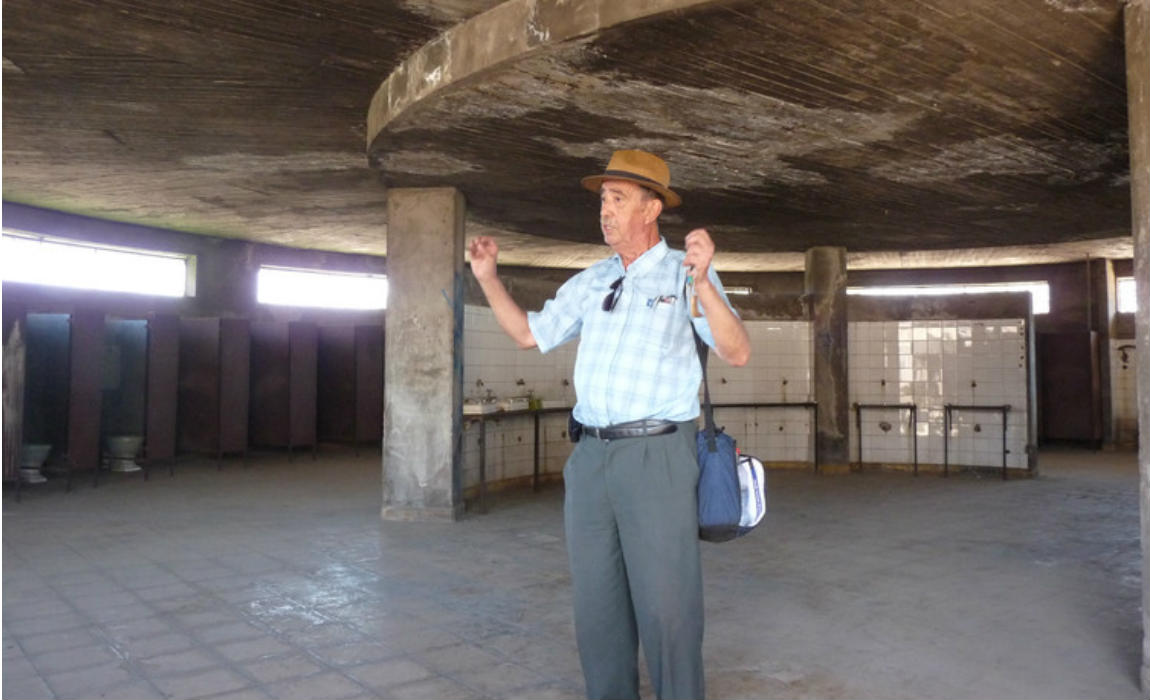 In 2010, President Michele Bachelet inaugurated Santiago’s excellent Museo de la Memoria y los Derechos Humanos (Museum of Memory and Human Rights), which documents and relates vital personal stories. Among its thousands of pieces it holds a number of documents, images and objects connected to the people held in the stadium. It’s a remarkable effort, but the Estadio Nacional visits led by survivors are something else. They offer a unique connection to a physical space, and an uncomfortable contrast to the joyous celebrations it regularly hosts.

It may be that football and the national team have broken away from their associations with the Pinochet regime, helped no doubt by the continental successes that signal a new era on the pitch. But the always-empty section behind one of the goals reminds us that the bright present is always attached to a dark past. For the survivors of the Estadio Nacional, their struggle against the ghosts of Pinochet goes on.

(THE AUTHOR, DAVID WOOD, PROFESSOR OF LATIN AMERICAN STUDIES, UNIVERSITY OF SHEFFIELD. THIS ARTICLE WAS ORIGINALLY PUBLISHED IN THE CONVERSATION.)