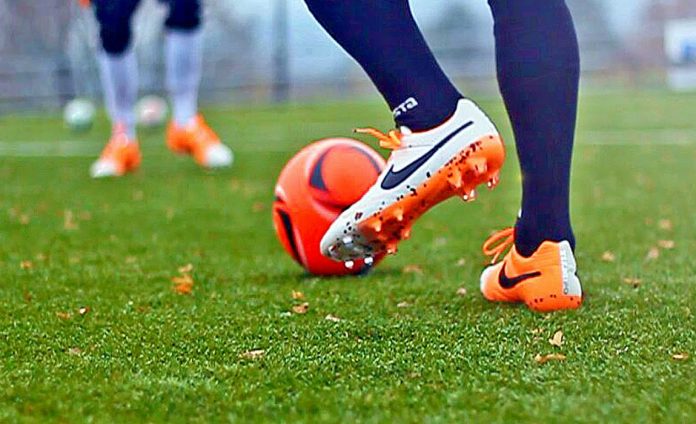 The new Premier League football season kicks off this week, with record sums of money spent by top flight teams on new talent.

The start of this coming season marks the 25th anniversary of the Premier League, and in a campaign first, it will get underway with a Friday night game – with Arsenal hosting Leicester at the Emirates.

This season will also see players competing for places in the 2018 World Cup squad, which will take place in Russia next summer. All in all, it’s set to be an exciting season, with Newcastle United, Brighton & Hove Albion and Huddersfield Town hoping to make their mark in the league after promotion.

But despite all the new season anticipation, football continues to be plagued by allegations of historical child abuse. This comes after a number of former players waived their rights to anonymity and talked publicly at the end of last year about childhood sexual abuse by former coaches in the 1970s, 1980s, and 1990s.

In response to these reports, a hotline was set up by the NSPCC for footballers who experienced sexual abuse – and it received over 1,700 calls within three weeks of its launch.

To date, Operation Hydrant – the police inquiry into “non recent” child sexual abuse – has received hundreds of reports of historic child sex abuse within football, with 328 football clubs, spanning all tiers of the game, currently involved in the inquiry.

Statistics released recently by the operation show that the number of victims now stands at 741, with more than 270 suspects identified. Of those victims, 96% are male, and were aged between four and 20 years old when the alleged abuse took place.

While the vast majority of referrals relate to football, a number of other sports have also been referenced in the inquiry, including basketball, rugby, gymnastics, martial arts, tennis, wrestling, golf, sailing, athletics, cricket, and swimming.

Since November last year, when the issue of child sexual abuse in football first gained public attention, cases have progressed through the legal system. This has led to the identification of individual men and the successful charge of indecent assault and sex offences.

It has also been revealed that some of the identified coaches held positions at professional men’s football clubs. Yet despite the ongoing public outcry, the football authorities have been criticised for their lack of effort and transparency. At the end of last season, eight professional clubs, had failed to respond to the national independent inquiry and were in jeopardy of disciplinary action, and imposed sanctions by the FA (Football Association).

Much of the shock and outrage at the abuse allegations and convictions comes from the fact that the victims are men. Stereotypically, child sexual abuse in sport has been seen as being about male perpetrators and female victims. But the recent cases have shattered this myth, revealing that boys and men experience sexual abuse, too.

Undoubtedly, this stereotype acted as an obstacle for men to speak out about sexual abuse, because of the misconception that “real” sports boys and sportsmen are not “victims” of sex crimes.

This is hardly surprising, because since the early 1990s, feminist research has exposed the often damaging connections between masculinity and sport. Football locker rooms and clubs are traditionally very masculine and male environments, and evidence has shown that expectations of how male sports stars should and should not behave can demean, devalue and devastate the lives of individual athletes.

Paralympic athlete and crossbench peer Baroness Grey-Johnson has recently urged the UK government to do more. She has recommended sports coaches be included as a “position of trust” within the Sexual Offences Act – which would prohibit a coach from having sex with someone who cannot consent. This is primarily used for the protection of young people who are above the age of consent but under the age of 18.

This builds on the work by professor Celia Brackenridge on understanding and preventing sexual exploitation in sport. Back in 2001, her groundbreaking research exposed the extent and nature of abuse across many sports, and revealed the previously taboo subject of athlete abuse – including child abuse in football.

However, it was revealed last year that despite these guidelines being adopted by many clubs, in 2003, the FA made the decision to stop funding child protection projects meant to ensure children were safe from sexual abuse. The BBC’s Victoria Derbyshire programme also reported that an evaluation of the project later suggested that some FA staff felt intimidated and unable to speak out.

Despite this environment of diminishing child protection and macho culture, male footballers did come forward – to speak out about the sexual abuse they experienced as children.

So as the Premier League’s 25th season kicks off, and the national inquiry into historical abuse in football continues, work must go on to ensure justice is served. It is by tackling abusive behaviour swiftly and publicly, that the sporting world can help to safeguard against future abuse of boys and young men in football.

Jayne Caudwell
Jayne Caudwell is an Associate Professor of Leisure Cultures at Bournemouth University. Her teaching and research interests are concerned with leisure and sports cultures, feminist theory, theories of sexualities and qualitative research methodologies.