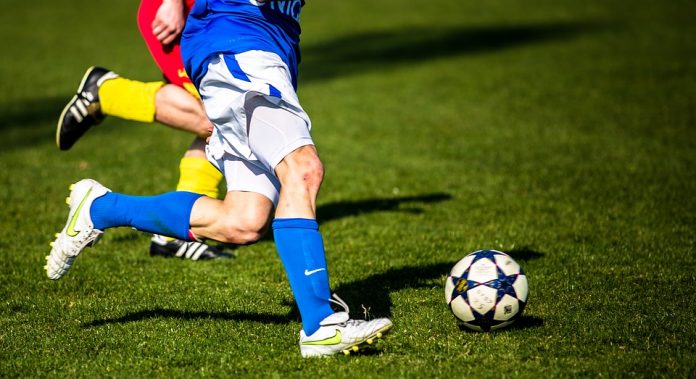 Fraser Philp, Lecturer in Physiotherapy and Programme Director for Rehabilitation and Exercise Science, Keele University is the author of this article which was originally published in The Conversation, an independent source of news and views from the academic and research community.

The football transfer deadline day is a highly anticipated event in any fan’s calendar. Signing one or two key players can be the difference between winning the league or relegation. But before a footballer can be signed, they have to pass a medical to see if they are “fit”.

Premier League clubs paid £217m in wages to injured players in 2017-2018. So financially, football clubs need to ensure a footballer can actually play. If not, they may be required to sign additional players – all of which costs more money.

Some of the most common football injuries include ankle, groin and hamstring strains, as well as anterior cruciate ligament (ACL) injury to a player’s knee. And such injuries can put players out of the game – this can be anything from a few weeks to a months at a time. For players, such an injury doesn’t just impact the body, it can also affect their mental health making them more prone to depression and anxiety about getting back on the pitch.

Player safety is also a prime concern, so it’s important that any serious health conditions such as heart problems are picked up as soon as possible.

My research looks at commonly used injury screening tools in football so I know first-hand what goes on during the medical process of assessing a footballer’s suitability to play.

Not every club medical is the same, but generally, players will undergo a whole host of rigorous tests, often over a number of days. This can include blood tests, scans and a full medical history. Fitness tests usually involve repeated episodes of running outside, or on a treadmill hooked up to heart-rate monitors and breath analysis equipment.

Specific tests for muscle and bone injuries will also be carried out. Tests are likely to involve either looking at player movements during certain tasks, testing their strength, flexibility and even psychological questions about sleep, wellness and how hard they find the training.

How good are the tests?

Generally, heart scans, blood and fitness tests are pretty good at picking up what they should – although nothing is ever 100% accurate. But tests for predicting muscle, ligament and bone injuries aren’t the best.

The most commonly used movement screening test in football is the Functional Movement Screen, which requires players to perform movements such as squatting, lunging and press-ups. And our researchshows such tests aren’t actually very good at predicting injuries.

We have also researched how accurate tests for measuring footballers knee angles are – as this is thought to be related to significant knee injuries such as ACL tears – and we found some major errors when measuring knee angles. So if these tests are used in medicals, this may contribute to flawed decision making around the “fitness” of a player.

The football world is filled with stories of “the one that got away”, where clubs passed on players because they were thought too high an injury risk, for them to later go on to have outstanding seasons, scoring big goals and even bigger money in future transfers.

Equally there are cases where clubs got it right, with players only weeks later sustaining a season ending injury. With average weekly wages for a premier league footballers of over £50,000 in 2017, paying someone who isn’t playing is big money.

Unfortunately, there is no crystal ball. Injuries in football have lots of different causes – previous injuries, not enough recovery (fatigue) or an opponent putting in a nasty tackle. And sometimes these things can all interact, making injury prediction even more difficult.

In some cases, the club and medical team have enough time to perform all the desired screening tests and then come to a decision. But with some transfers going right to the wire, medical teams may have only a few days or hours. This is often because of transfers falling through or players, agents and clubs all holding their nerve till the last moment to get the best deal.

✍️ We are delighted to announce the signing of Tanguy Ndombele from Olympique Lyonnais.

?? The France international central midfielder has signed a contract with the Club until 2025.#WelcomeTanguy ⚪️ #COYS pic.twitter.com/5GhqGi1q5g

Medical teams are then not only frantically trying to get medicals done, but in the weeks leading up to transfer deadline day, they will also be looking after the existing squad and preparing them for the upcoming season.

Of course, not every club medical is the same and medical teams often have a wealth of experience to draw on. The tests are used to provide extra information but they are seldom the decider. That said, medical teams still have a big challenge on their hands over the next few weeks, given the complex nature of injury, varied circumstances around transfer deadline day and consequences of getting it wrong.